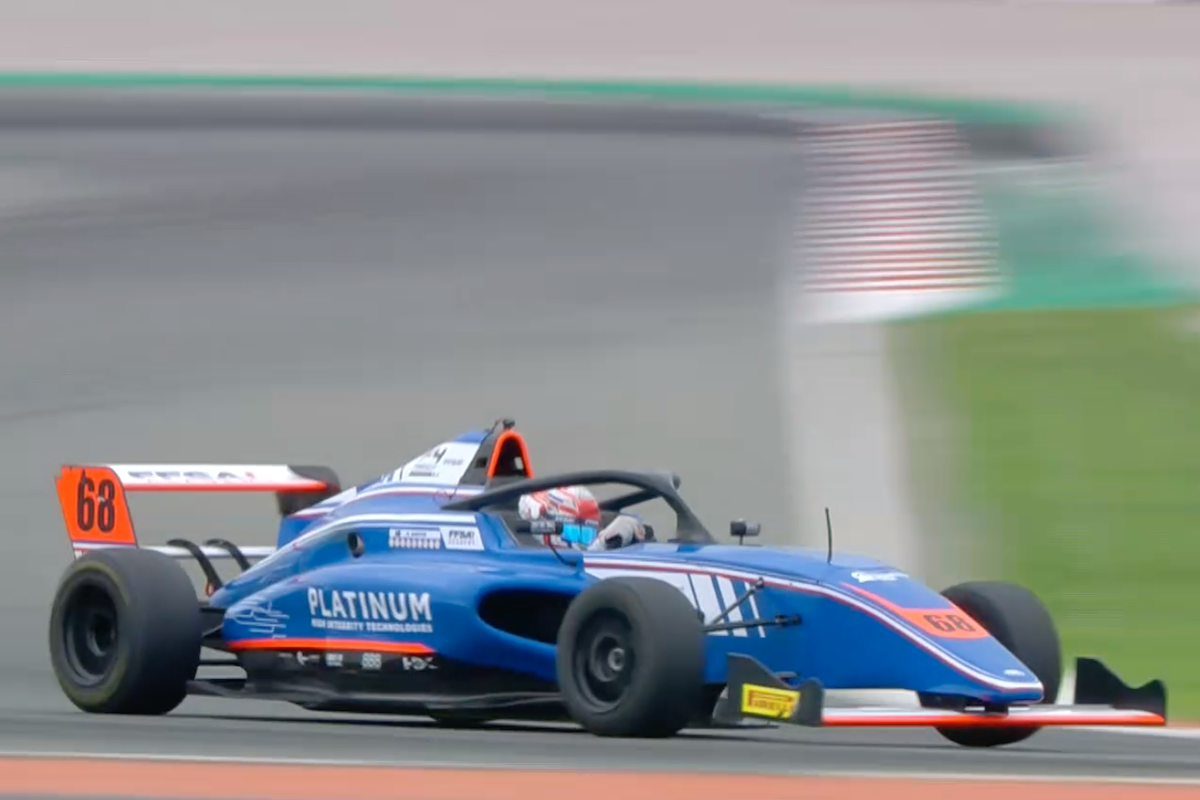 Hugh Barter claimed victory in the final race of the French Formula 4 round at Valencia, with Alessandro Giusti heading into the last round on top of the standings.

Only Giusti could match Barter’s pace in the early stages, to then drop back in the second half of the race when Barter started to set fastest laps. Giusti still took a comfortable second place and maximum points ahead of Romain Andriolo, who claimed the last podium spot.

A good getaway allowed Barter to take the inside line and the lead of the race from polesitter and main title rival Giusti going into turn one.

At turn four, Pol Lopez went too late on the brakes and hit the driver in front of him, who at the same time hit Mateo Villagomez. Villagomez spun round and Lopez was unable to avoid him, breaking his front-left suspension against Villagomez’s front wing. Both drivers headed back to the pit-lane and retired from the race as a consequence of the incident.

On lap three of the race, contact between Souta Arao and Elliott Vayron when they battled for top five positions. Arao dropped to the back of the field as he drove into the gravel trap, whereas Vayron parked his car in the run-off of turn six and retired from the race. In spite of that, only local yellow flags were needed to pick up the car.

Halfway through the race, Jeronimo Berrio had to dive into the pit-lane while running in fourth place as he had been handed a drive-through penalty for jumping the start. He rejoined at the back of the pack battling Leny Reveillere and Pierre-Alexandre Provost. With one lap to go, they went three-wide into the last corner, and Reveillere touched Berrio’s rear-left tyre, sending him into the gravel trap.

With a minute remaining on the clock, Arao was told to give a position back as he was deemed to have overtaken out of track. The Japanese driver had carved his way back into the top 10 after his clash with Vayron earlier in the race, and still took the chequered flag in 10th place.