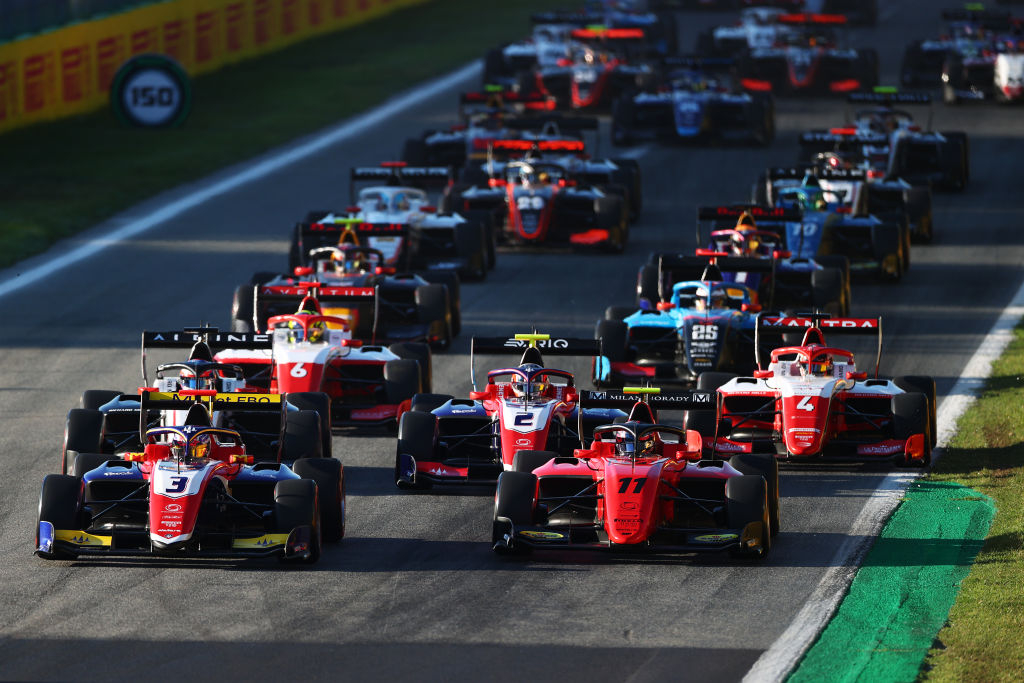 FIA Formula 3 Championship promoter Bruno Michel has shared his reaction to the red flag ending to the 2022 title decider at Monza, saying he would have preferred a restart.

On lap 16 of a scheduled 22 in last Sunday’s feature race, the safety car came out after a crash. A lap later the race was red-flagged, and during the stoppage a notice arrived from the stewards that champion-elect Victor Martins was penalised five seconds for exceeding track limits.

More penalties were applied without explanation, as the field sat in the pitlane awaiting a restart signal (with penalties usually applied post-race). Eventually it was communicated that the race would not restart, and the chequered flag was shown with results taken from lap 15. The confusion during that time proved stressful for those competing, and also left many fans track-side and watching on television feeling disappointed that the title was decided in such a fashion.

“Of course it’s never good to end a championship like that,” Michel said in a session with select press post-weekend.

“We were really having fantastic racing, with all the contenders being at the front of the race. So it was a very interesting moment. And then we had this accident, and I was quite happy that the FIA suspended the race because for me that was the best way to finish it properly.

“And then unfortunately it didn’t come back and unfortunately it was a little bit complicated with the penalties coming in at the last minute, and nobody really understanding what it was. So I must say it created some kind of frustration with the teams and with the drivers, which is never good.”

He added: “I would have preferred another end of the championship. Unfortunately that’s the way it happened. It took a little bit of time for everybody to know who was champion, which was not so good. But let’s say that, unfortunately, it is what it is.”

When asked if there was a way that F3 could have held its final race in full, Michel replied: “What is for sure is that if we had been able to discuss it, for me it was not an issue to shorten the F2 race because we already had a champion from the day before.

“And to have this F3 race going to its end was for me the most important thing to do. Unfortunately we were not at that time able to say exactly how we wanted to organise that.

“The other thing is you always know that when you are with an F1 weekend, and especially a weekend like Monza where you have a lot of track activities – because we started at 8:35 in the morning, we didn’t start at 10. It was quite a long process. We always know that the risk that we might have, we had a safety car, we had a race that was longer than expected, then there was F2 after that, then there was all the track activities until F1.”