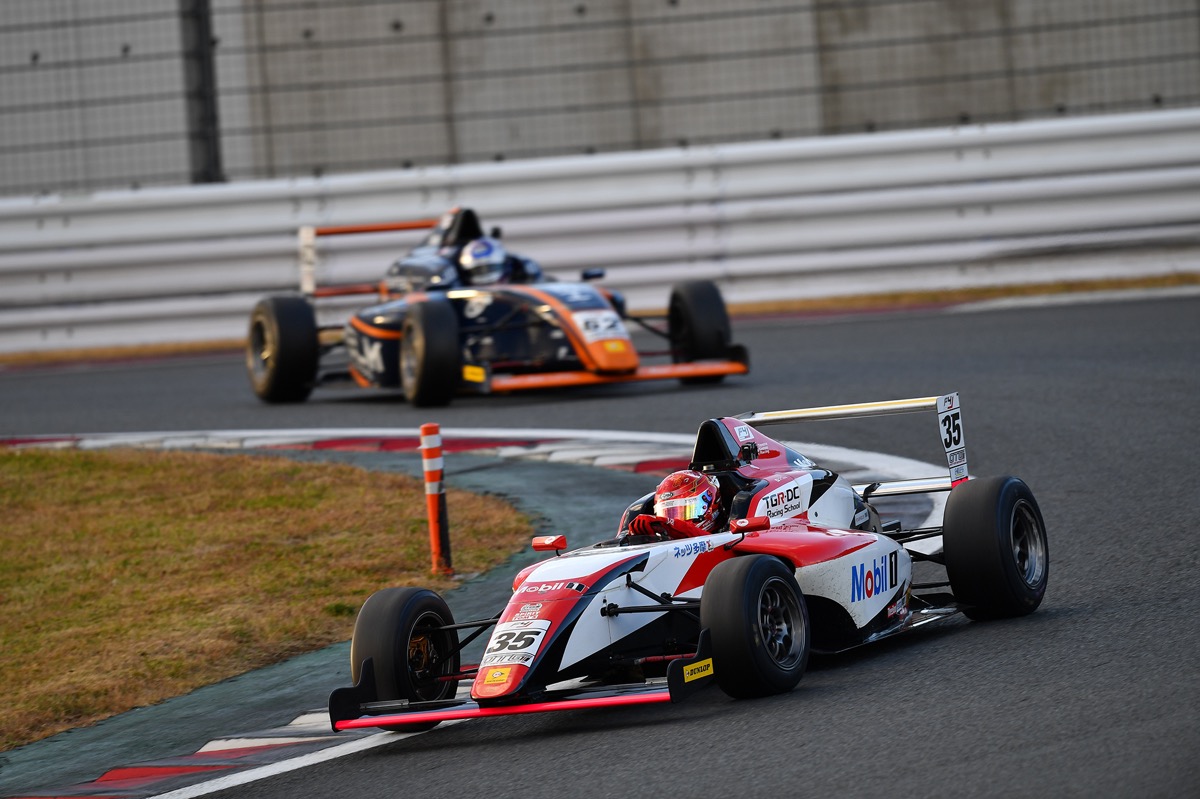 Hibiki Taira returned the Japanese Formula 4 title to Toyota as he brought his victory tally up to 10 in the Fuji Speedway season finale.

Toyota juniors won in the first three years of the series, before back-to-back successes for Honda proteges in 2018 and ’19. It then pulled out for 2020, leaving Toyota’s juniors with a smaller opposition.

The Fuji weekend started with pole for Skill Speed’s Sota Ogawa, and Taira in third place behind Toyota team-mate Seita Nonaka. Helm Motorsports’ Reiji Hiraki, the only driver capable of denying Taira the title, qualified fifth but had his championship hopes evaporate almost immediately at the start of race one as he stalled.

Taira moved up a spot to second, more than enough to claim the title, but wanted to extend his winning run and passed Ogawa after a mid-race safety car period. He claimed victory by 0.637 seconds and wrapped up the title as a result, while Hiraki finished sixth.

Pole for race two went to Taira, and after fending off Ogawa at the start he had a pleasant run to victory. Hiraki once again qualified several rows back, but quickly made his way up to third place. He claimed second at the opening corner of lap two, but through the rest of the race he was unable to get close to Taira.

Ogawa dropped back massively but remained in third after being passed by Hiraki. Admittedly, he only just held on to the bottom spot of the podium ahead OTG Motor Sports’ Reimei Ito and Toyota pair Nonaka and Jiei Okuzumi.

Hiraki got to start from the front for the final race, but looked like he was going to lose his lead when Vegaplus’ Syun Koide came on the attack. Their battle ended with Koide being shuffled down the order though, with his team-mate Kakunoshin Ohta and Taira ending the opening lap in second and third behind Hiraki.

Taira passed Ohta on lap two, but faced the same issue as his rival did in race two and could only follow Hiraki home in second place. Ito beat Ohta to third, with Ogawa also just on their tail.