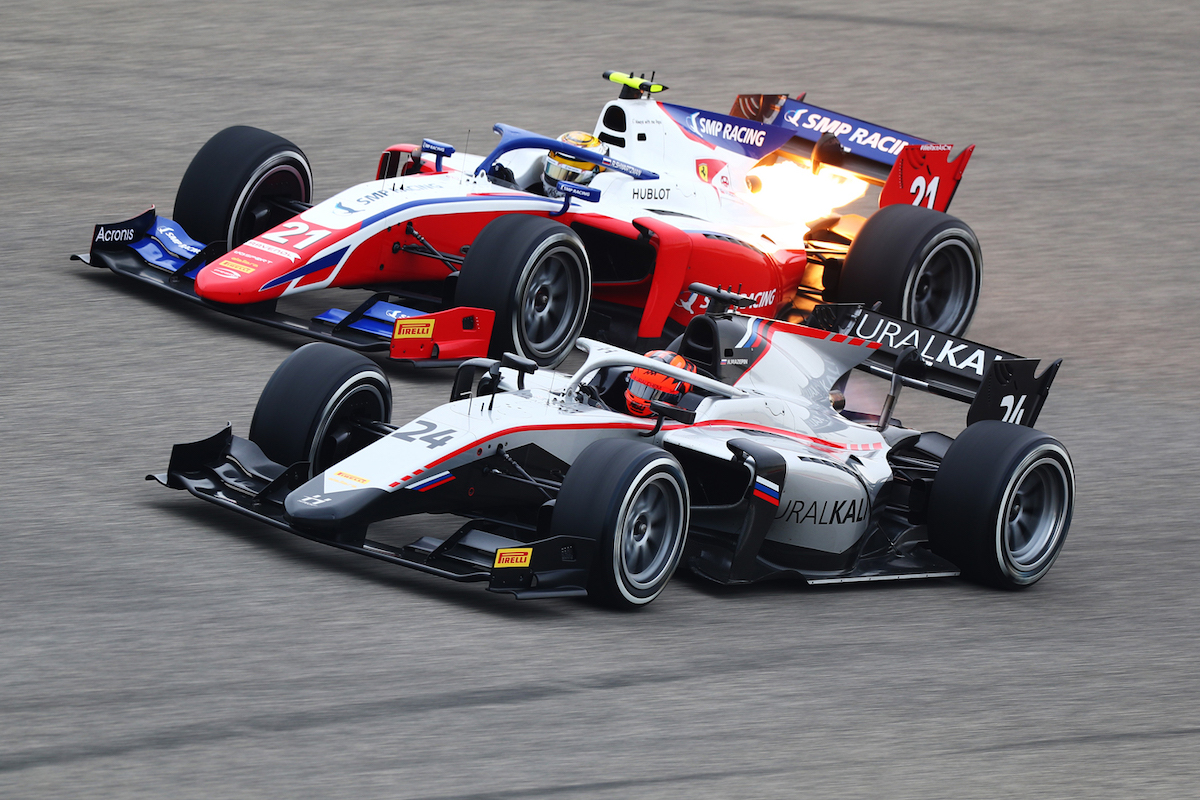 Nikita Mazepin has spoken about Mick Schumacher’s defensive driving after the pair engaged in a tense battle in the Formula 2 sprint race at Bahrain.

Mazepin and Schumacher are widely rumoured to be team-mates at Haas next season in Formula 1, with Schumacher currently leading the the F2 title race and Mazepin still in mathematical contention going into next week’s decider on Bahrain’s Outer Circuit.

The duo fought in the early stages of the sprint race over fourth position as Mazepin fought back from getting a poor start despite an overnight change of clutch.

Hitech GP driver Mazepin ultimately got by on his way to finishing second, but found Prema’s Schumacher among the more challenging drivers to get past.

Speaking in the post-race press conference, Mazepin was asked about his battle with Schumacher.

“Well, it’s part of the job as a racing driver that you need to be able to fight when somebody’s putting on a big fight,” he said.

“I have to say that I’ve gone through the pack yesterday and today and he’s on a bit of a different level of defending versus other people.

“So I had to up my game so I believe I showed I could take it. However, it was definitely close a couple of times, and going down into Turn 1, the speed is about 310kph, so it’s close.”

While Mazepin went on to finish second behind the other Prema driver Robert Shwartzman, Schumacher slipped down to seventh and picked up just two points.

“A very good race. I knew that we had a little chance to get Robert,” Mazepin said.

“I think we showed our pace towards Prema yesterday in the feature race, however, I had to work very hard in the beginning and the life of the tyre is barely getting through the race, so I used my reserves in the beginning of the race.

“When you drop down a few positions at the start, you need to recover, and when you’re recovering you don’t have much tyre left. In the end, however, P4 to P2 and a solid weekend overall can make us happy.”