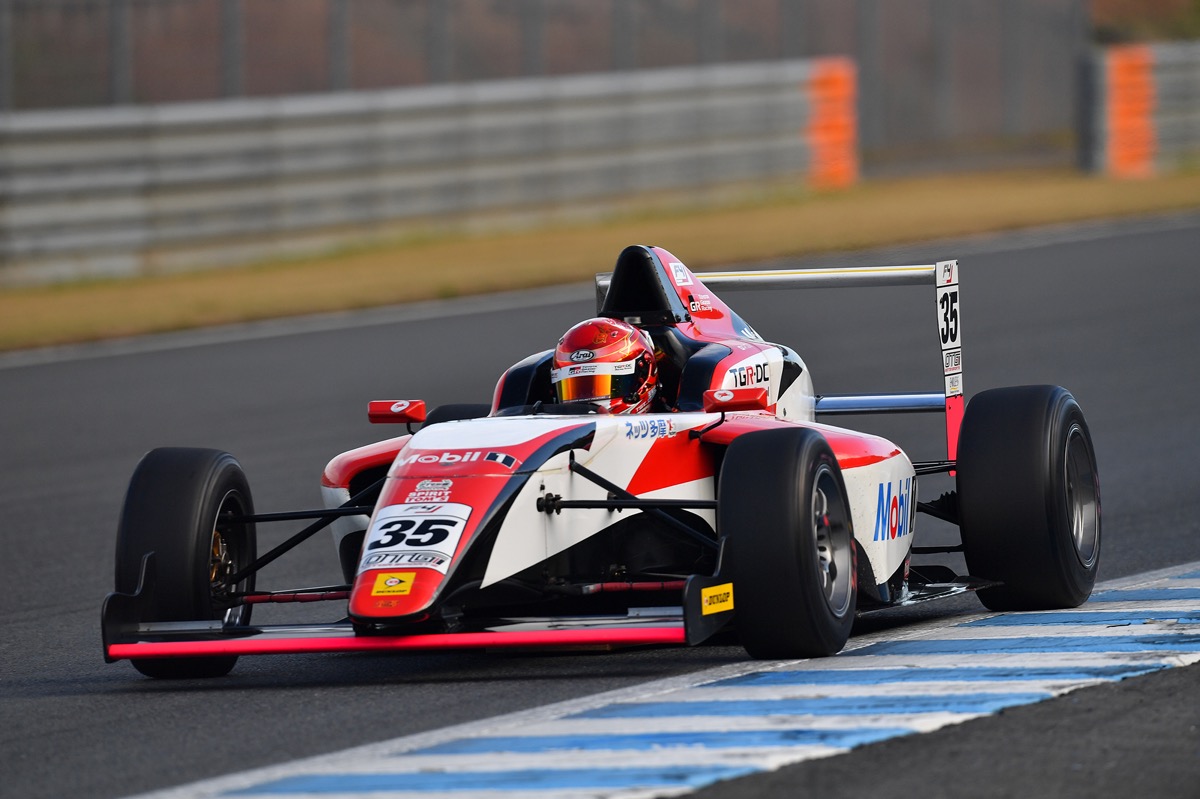 Two safety car interruptions prevented an easy run from pole in race one, but Toyota junior Taira was helped by continued squabbling for position behind.

At first it was for second place, with Reimei Ito passing Reiji Hiraki after the latter tried going for the lead. Hiraki reclaimed second on the opening lap, and pulled away with Taira as Ito fell into a multi-car battle for third.

That fight didn’t begin until way into the race’s second half, with two safety car periods punctuating the action before then. When racing did resume, Ito was spun around at the final corner.

Sota Ogawa and Seita Nonaka ended up disputing third into Turn 1 and Nonaka got it done, although Ryunosuke Sawa jumped both in one corner later around the lap before Nonaka got back past.

A six-car fight then emerged for fifth, although that too was reduced by a driver being spun and one of Taira’s team-mates skating off. In the end Nonaka completed the podium, ahead of Sawa and Ogawa.

A slow start from the front row by Hiraki in race two eased Taira’s path to another win, this time with Ogawa finishing second.

Hiraki dropped to fourth on lap one after being passed by Sawa, and it wasn’t until lap 11 of 13 that he got back past. That overtake allowed Jin to slip inside both, and he then defended hard to keep third. His defence was deemed unsafe, with a 40-second penalty being applied post-race and dropping him to 28th.

Taira led from the front again in race three, while another slow start for Hiraki meant another second place for Ogawa.

Sawa was third, Nonaka and Hiraki passed Ito late on to finish fourth and fifth – just keeping Hiraki in title contention – and Jin held off Ohta and Jiei Okuzumi for seventh.