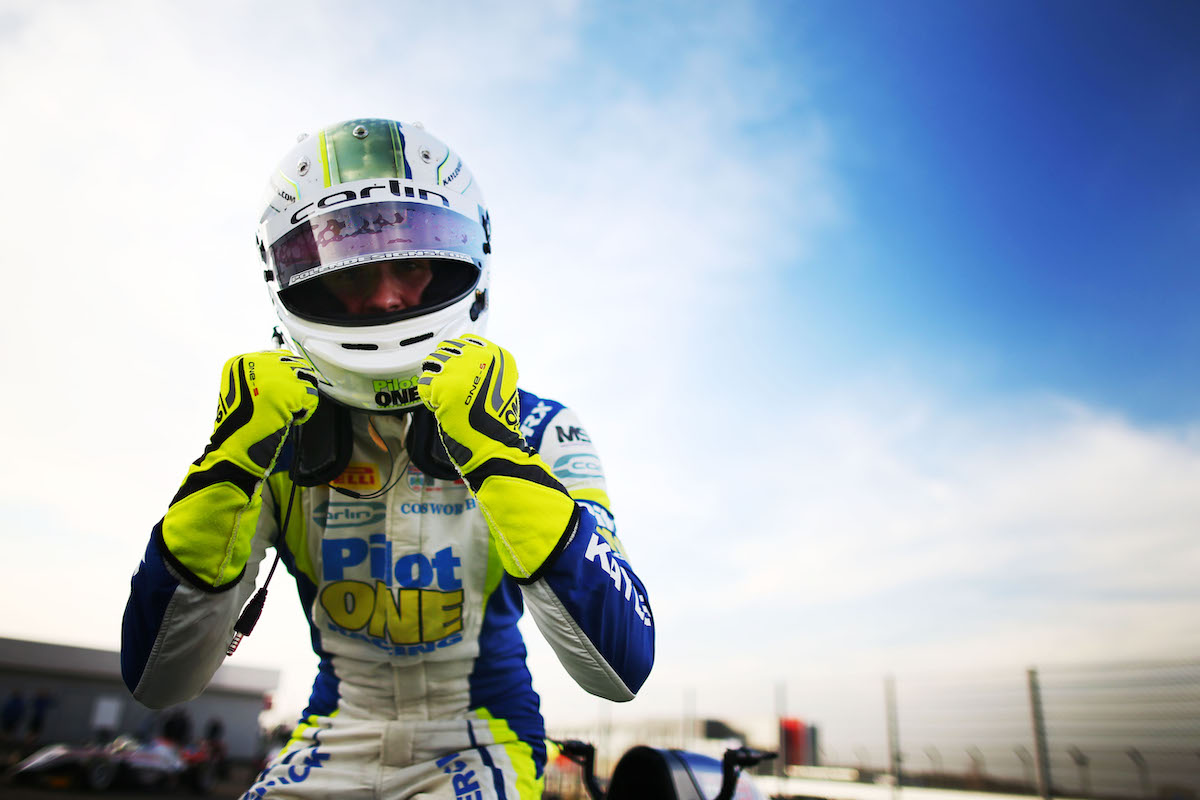 Carlin’s Kaylen Frederick has become the first American to win a British Formula 3 championship by winning the final race of the season at Silverstone.

Frederick entered in a position where he only needed to finish the race to clinch the crown, and the polesitter had the advantage right away as he stormed into the lead at the start.

Title rival Kush Maini started alongside but dropped to fourth after an inadequate start.

Frederick gapped Fortec Motorsport’s Roberto Faria to take a comfortable win for the second time this weekend, after dominating the first race.

That was despite there being 40 seconds remaining on the timing screen as the chequered flag was shown. Nonetheless, Frederick won by just over four seconds.

Faria took his first podium of the season with second, having joined the series mid-season. JHR Developments’ Ayrton Simmons rounded out the podium.

Hillspeed’s Oliver Clarke finished fourth, ahead of team-mate Sasakorn Chaimongkol. Maini slipped behind both into sixth in the closing stages.

That promoted Hitech’s Reece Ushijima, who was excluded from race one, to eighth, ahead of weekend debutant Jonny Wilkinson and JHR’s Carter Williams.

Azman finished just outside of the top 10 in 11th.

Double R Racing’s Louis Foster got tangled up with Douglas Motorsport’s Ulysse de Pauw early in the race while running well in the top 10 and finished towards the back. Foster finished ahead on the road but penalties demoted him behind de Pauw in the race and the championship, where they fighting over third.