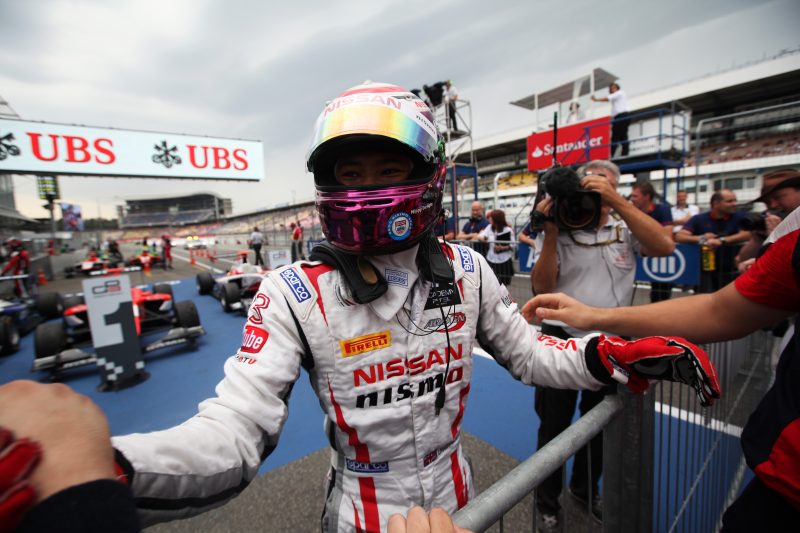 Wales, once seen only as a country of rugby, has diversified its sporting success in recent years and is now home to some of the world’s best footballers, cyclists, hurdlers, martial artists and motorcycle racers

Its single-seater pedigree has been small but sound, and to celebrate St. David’s Day (the patron saint of Wales), Formula Scout has looked back at the greatest drivers to have raced under the country’s flag in single-seaters. Expect any flames to be down to unburnt fuel in exhaust outlets though rather than any rogue motorsport-spectating dragons.

Wales’ most famous and successful racing driver, Pryce is still remembered for his sideways driving style.

He’s the only Welshman to win in F1 and lead a world championship race, and won his way up the motorsport ladder at first in the era where scholarships and cars as prizes were common.

In 1972 he made his Formula 3 debut, but it was Formula Atlantic cars that suited him and a part-season in Britain’s championship resulted in three poles and a win. At the same time, he competed in European Formula 2 (a precursor to the F2 of today), finishing top 10 in the standings two seasons running.

Pryce joined backmarker Token for his F1 debut in 1974, but had switched to Shadow by his third race. It should’ve been his fourth, but he was barred from entering the Monaco Grand Prix. In protest to that decision, Pryce’s team boss put him in the F3 support race, which he dominated.

A third place start was achieved by Pryce’s second Shadow start, and in nearly three seasons the partnership got two podiums and 20 top 10 finishes.

Pryce’s career came to an untimely end in a horrific accident during the 1977 South African GP, but his name feverishly lives on.

Esports may be on everyone’s lips now, but it was Nissan and the GT Academy that laid the trail for game-to-track talent, and plucky Mardenborough – son of footballer Steve – starred in single-seaters.

He won a British GT race in his first season of racing in 2013, and if that wasn’t being thrown in at the deep end, he then spent his second in F3. He got one podium in the British championship, and started the year with 10th in the Toyota Racing Series.

For 2014 he was placed in GP3 by backer Nissan, gaining the support of Red Bull at the same time. Remarkably he finished ninth in the standings, and won a race at Hockenheim. Again he began the year in TRS, this time missing the title by the tiniest margin.

A bit-part second GP3 season meant there was no repeat of that success, but he did earn a factory LMP1 seat and debuted in GP2, a remarkable achievement for a driver who’d honed his skills on a games console.

F1 sadly never looked possible, and so Mardenborough was beckoned to Japan where he was 2016 Japanese F3 runner-up and has raced in Super Formula and Super GT since.

A self-made success, Lewis started in F3 then excelled in F2, winning several international races and the 1960 British title before he stepped up to F1.

Rather than wait for a team to sign him, he bought his own Cooper T53 car and went racing as an independent. He ran solidly in the top 10, with two top 10 finishes before a breakthrough fourth place in the 1961 Italian Grand Prix. Stirling Moss aside, Lewis was the only independent driver to score points that season.

For 1962 he started his own Ecurie Galloise (Welsh Racing Team) outfit, fielding a substandard BRM before returning to his trusted Cooper. He only finished twice, eighth in the Netherlands and 10th in Britain, but was prevented from starting in Monaco in controversial circumstances. Lewis had been fast enough to qualify, but the organisers decided it was more important to have bigger name drivers on the grid even if they were slower, and one of them took Lewis’s spot.

Sadly his all-Welsh effort didn’t attract sponsorship, the politics of motorsport was not giving him a fair hand, and so he didn’t return to F1 for 1963. Instead, he chose to run a farm back in his home country.

Another Welshman who has raced GT cars for Nissan and won in GP3, Parry came through the traditional route of karting and the lower single-seater formulae.

He made his car racing debut aged 17 in British Formula Ford in 2011, finishing eighth and becoming a Caterham F1 junior in the process. That faith was repaid the next year when he dominated the Formula BMW-spec Intersteps championship, putting the likes of Jack Aitken in the shade.

Having won that title with Fortec Motorsports, Parry remained with the team for 2013, in which he added the Formula Renault Northern European Cup title and the (then McLaren-linked) Autosport BRDC Award.

A tricky 2014 in the FR Eurocup, where he only visited the podium once, didn’t halt his career progress but Caterham’s F1 departure did land a blow. For the next two years he raced in GP3 with Koiranen GP, but with just one win it meant his single-seater career went no further.

Admittedly that win did cap a great sporting summer for Wales in which it made it to the semi-finals of UEFA Euro 2016, Chaz Davies starred in World Superbikes, and Mardenborough and Seb Morris won in Japanese F3 and British GT respectively.

He has since raced in GT World Challenge Europe and is a key part of the Peak Performance Management company that looks after Olli Caldwell, Paul Aron, Casper Stevenson and Joshua Dufek.

Like many Welshmen who raced in the the 1960s, British F2 was the platform where Rees made his name.

He was the 1967 Autocar-sponsored British champion (two series co-existed at the time), and he proved his triumphs weren’t limited to home by being a consistent threat in the French and European championships.

His 1967 European campaign started with two points-scoring wins on the trot, but he couldn’t replicate that form thereon and slipped to fifth in the standings.

Roy Winkelmann Racing, who ran him in F2, entered him into two F1 world championship races during this time, and he finished seventh overall in the 1967 German Grand Prix in his Brabham F2 car. At the British Grand Prix he was handed a factory Cooper F1 seat, but only finished ninth. He returned to European F2 for 1968, but by then RWR’s Brabham was no match for the opposition.

Although many could point to Felix Rosenqvist as F3’s longest serving driver of recent times, it’s actually Lloyd who’s stayed in the driving seat for the longest.

The 33-year-old was a champion karter before entering FR2.0 UK and BARC in 2006 with the Lloyd family team CF Racing. He finished fifth in the secondary BARC series, then dominated it and its accompanying winter championship the next year.

Both team and driver graduated to F3 in 2008, and have remained there ever since. LLoyd finished third in British F3’s National class in his first year, but was mired in the midfield when he graduated to the primary class. With experience came improvements though, and a tie-up with East Asia meant the Lloyd family team was rebranded Sino Vision Racing.

Highlights, aside from a Superleague Formula cameo, included a top 10 finish in the 2010 Masters of F3 event and 16th in 2011’s Macau Grand Prix. After winning in British F3’s National Class again, Lloyd focusing on running CF Racing in the MSV F3 Cup, but stills drops in occasionally to show his driving talent.

With several F3 Cup titles under its belt, Lloyd took the team to Euroformula in 2019 to race at Spa-Francorchamps and Silverstone.

Located at the south end of an active airport, Pembrey circuit has possibly played a more important role in junior single-seater history this century than anywhere else.

The 2.348km layout is used regularly by teams in Britain to shakedown new cars or drivers, and test components varying from new aerodynamic appendages, engines and of course the human element that sits in the car.

Carlin and Double R Racing are the primary users of the track, with the former having started most of its seasons in the BARC/BRDC British F3 championship with tests there before the championship’s demise in 2014, and the latter doing work on behalf of Dallara through the non-racing side of its business.

In 2014 Carlin launched its own academy at the circuit, offering track time in a FR2.0 and FR1.6 car.

Pembrey’s popularity as a testing venue was nearly instant after it was opened in 1989, with the McLaren F1 team famously visiting with Ayrton Senna and Alain Prost. Other teams followed suit, including Benetton, Jordan and Williams. Its variety of corners and less stringent noise restrictions made it the perfect location, despite literally being on the very edge of Wales.

During the 1990s it also held high-profile race meetings, with British F3 visiting on several occasions. Current McLaren Racing boss Gil de Ferran won the first of those races in 1993, with the likes of Jan Magnussen, Nicolas Minassian, Luciano Burti and Jenson Button also standing on top of the podium between then and the last meeting in 1999. 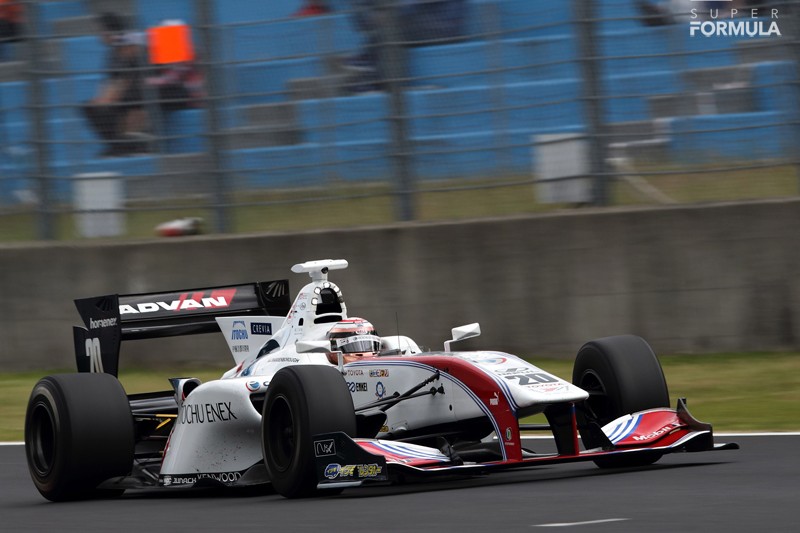