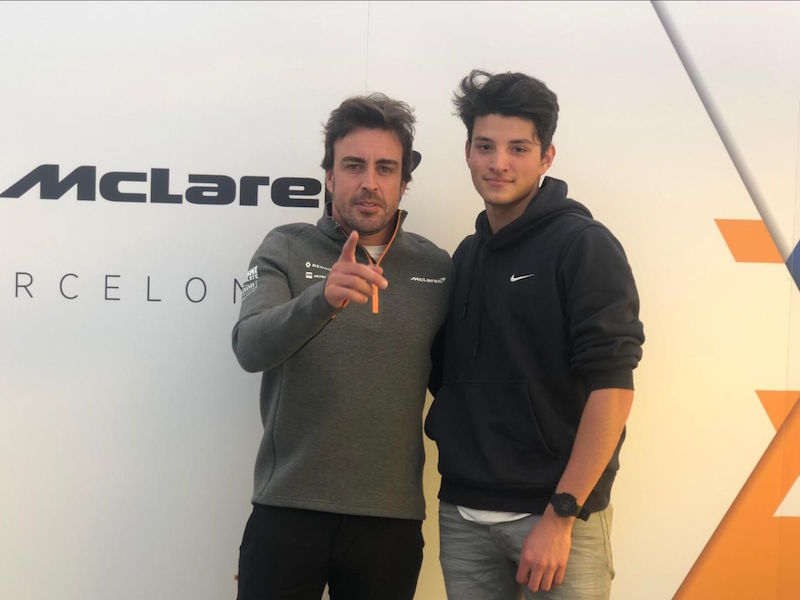 Born in Florida and now based in Spain, 17-year-old Benavides will be contesting his first full season in single-seaters, having finished fourth in the 2018 WSK Champions Cup in the gearbox KZ2 class.

Swiss driver Schott, 18, stepped up from karts to Formula 4 last year with MP Motorsport, finishing fifth in the championship.

Both drivers took part in the final round of last year’s Euroformula Open season at Barcelona – Benavides with Campos Racing and Schott with Drivex, which has partnered with Alonso to run the new Eurocup squad.

?My commitment is to help young drivers from karting to make the transition into the single-seater scene,” Alonso said.

“My experience will help them push the car to its limits quicker. I will be able to give them some tips with the aim of making it easier, because your first steps on the single-seater ladder are quite demanding at this level.

“We are extremely happy having Brad and Patrick joining FA Racing by Drivex for the 2019 Formula Renault Eurocup season. It?s nice to confirm that such young talents will be a part of our team.

“Everybody is motivated to start on the right foot in this fascinating and prestigious racing series. It will be a tough challenge but we are looking forward to starting this new chapter.??

Alonso watched Italian F4 runner-up Leonardo Lorandi and Spanish karting star David Vidales test at Barcelona in December, with Drivex describing both as contenders to race for the team in the Eurocup.

Only one space remains in the team’s line-up however, with a maximum of three cars per team permitted in the Eurocup this year.

The team fielded Drivex F4 graduate Javier Gonzalez when it took part in the recent shakedown of the new Formula Renault cars in Italy.