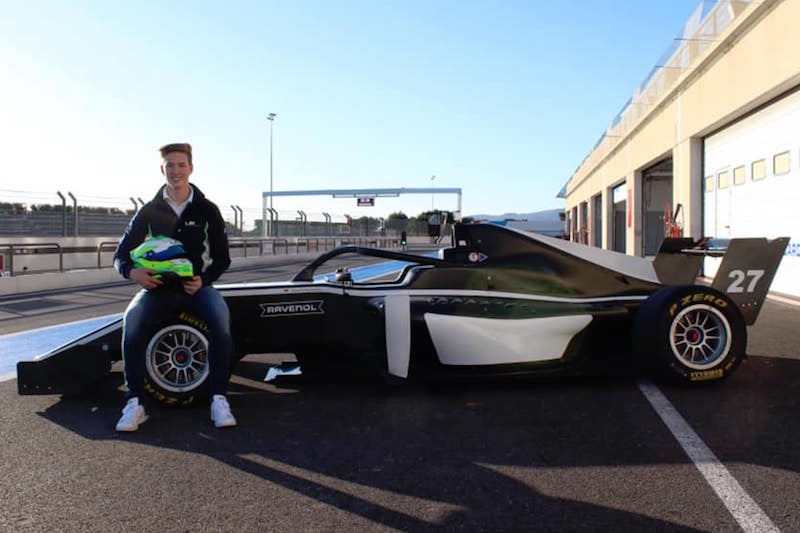 David Schumacher will compete in the new Formula Regional European Championship this year for the US Racing team co-owned by his father Ralf.

Schumacher Jr, cousin of Formula 2 racer Mick, contested his maiden season of single-seater racing last year in ADAC Formula 4 with US Racing, winning the rookie title even though he didn’t manage an outright podium.

He also contested a pair of Euroformula Open rounds, before racing in the first two events of this year’s Asian Formula 3 Winter Series, giving him experience of the Tatuus Regional Formula 3 chassis he will drive in FREC.

“After the end of the last season, me and my team US Racing decided together to go one step further in single seater racing,” he said.

“The newly-founded Formula Regional European Championship is an interesting race series with an exciting race calendar and many international race tracks.

“Also the new Tatuus race car is really interesting and fun to drive, though it is a lot different than driving in Formula 4.

“I am really looking forward to this new challenge and am very happy to race again this season with my Team US Racing.”

“We are proud to announce that David will be part of US Racing again this season,” Ungar said.

“In last years? ADAC Formula 4 season , he showed a good driving quality by winning the rookie title at the end of the season.

“For David and us it was the right step to move one step further in the next higher single-seater category.”

Schumacher has been joined in testing US Racing’s Tatuus F3 cars over recent weeks by Julian Hanses, who raced for the team in F4 in 2017 before he stepped up to European F3 last year.