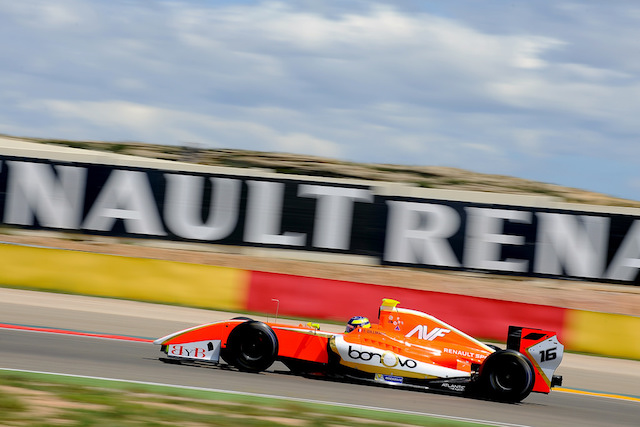 As on Saturday, the fight for pole was between Dillmann,?Egor Orudzhev,?Louis Deletraz and?Matthieu Vaxiviere, the quartet trading top spot throughout.

Dillmann eventually claimed pole from Orudzhev with a couple of minutes remaining.

It was actually Aurelien Panis who claimed second place after a late effort, ahead of Deletraz, Orudzhev and Vaxiviere.

Vaxiviere and the rest of the top 10 was?covered by less than two tenths. Alfonso Celis took?sixth in front of Rene Binder and Johnny Cecotto, with Teo Martin pair Beitske Visser and Yu Kanamaru rounding out the top 10.