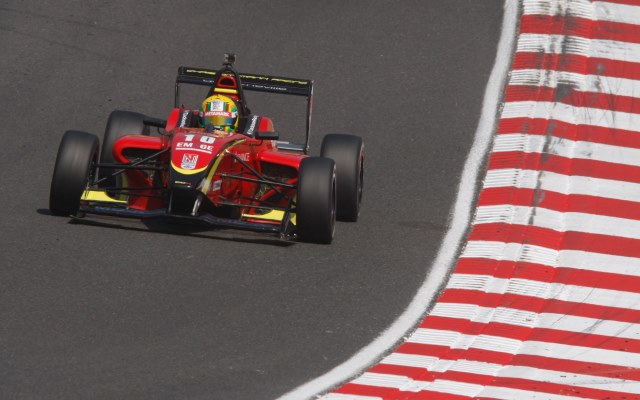 Tom Bale has joined the BRDC Formula 4 Championship grid for the rest of the season with the Chris Dittmann Racing team.

The 16-year-old has already enjoyed success in single-seaters, winning the Formula Gulf 1000 Championship in the Middle East over the winter, claiming victory in nine of the 12 races he contested.

Born in Swansea before moving to Dubai in 2004, Bale competed internationally in karting, finishing fourth in the CIK-FIA Karting Academy Trophy in 2012.

“I hope to gain some valuable experience and challenge for top positions.?

Dittmann added: ?It’s fantastic to sign Tom for the rest of the season and we are really looking forward to his first F4 race at Oulton Park.

“Joining the championship part way through the season will prove challenging, however with our support and his proven track record racing in Dubai, I’m sure it won’t be long before he is up to speed and fighting up the sharp end.?