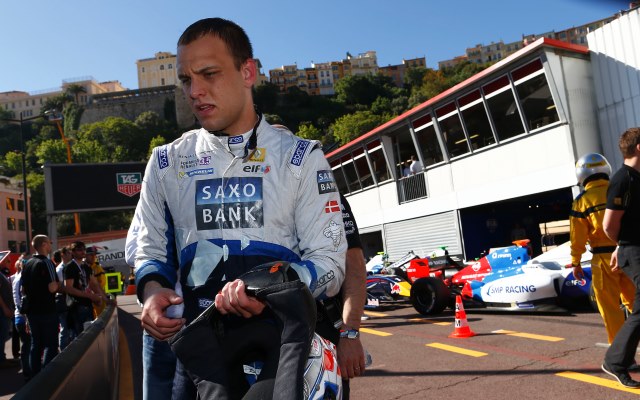 Marco Sorensen will compete in GP2 for the first time this weekend at Silverstone after signing a deal with the MP Motorsport team.

Cypriot driver Ellinas spent three weekends racing with MP, scoring a seventh place on his GP2 debut in Barcelona as well as a P10 in the Monaco feature race. He had taken over from Jon Lancaster, who occupied the seat in Bahrain.

Sorensen is currently contesting his third campaign in the Formula Renault 3.5 Series. In two seasons with the Charouz-run Lotus outfit, he finished sixth in the 2012 standings and seventh in 2013. After switching to Tech 1 for 2014, the Dane lies 12th in the standings with a best result of second in Monaco.

?This is a really good opportunity for me, I?m actually looking forward to a new challenge. It?s great that Gravity Sports Management, Lotus F1 Team and MP Motorsport gave me this opportunity to race in GP2 Series,” said 23-year-old Sorensen.

?My plan 100% is to get up to speed quickly and get the best results I can for MP Motorsport, but the practice is only 45 minutes and then we have qualifying on the same day. For sure it will be difficult, but there isn?t a lot of pressure so I?m going to enjoy it ? that?s when I drive my best.?

“Although he is new to GP2, he brings good experience from Formula Renault 3.5 so we?re sure he will quickly adapt to the GP2 car and be a force to be reckoned with.?