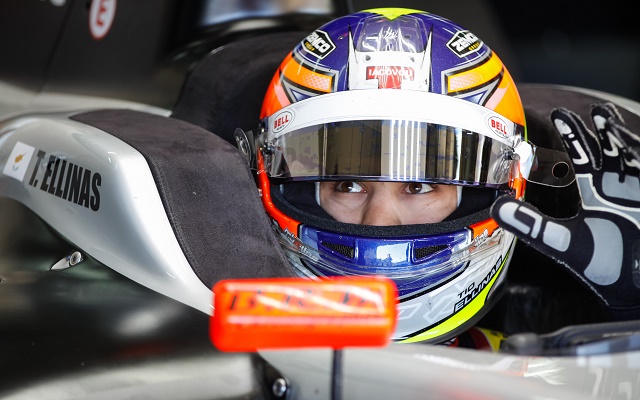 The Cypriot led his closest rivals by two tenths, with a total of 12 drivers fitting within a second of the benchmark over the two-minute lap.

Ellinas was up to first at the halfway point of the session, dethroning Oliver Rowland. Lotus driver Matthieu Vaxiviere then took the top spot coming into the final ten minutes, before Rowland reclaimed the benchmark.

But the Strakka driver responded with three minutes to go, setting the eventual best lap of the session.

Vaxiviere and rookie Sean Gelael shuffled Rowland to fourth in the dying seconds, before Draco’s Pietro Fantin claimed second at the checkered flag.

With Vaxiviere, Gelael and Rowland rounding out the top five in that order, DAMS duo of Nyck de Vries and Dean Stoneman followed in sixth and seventh.