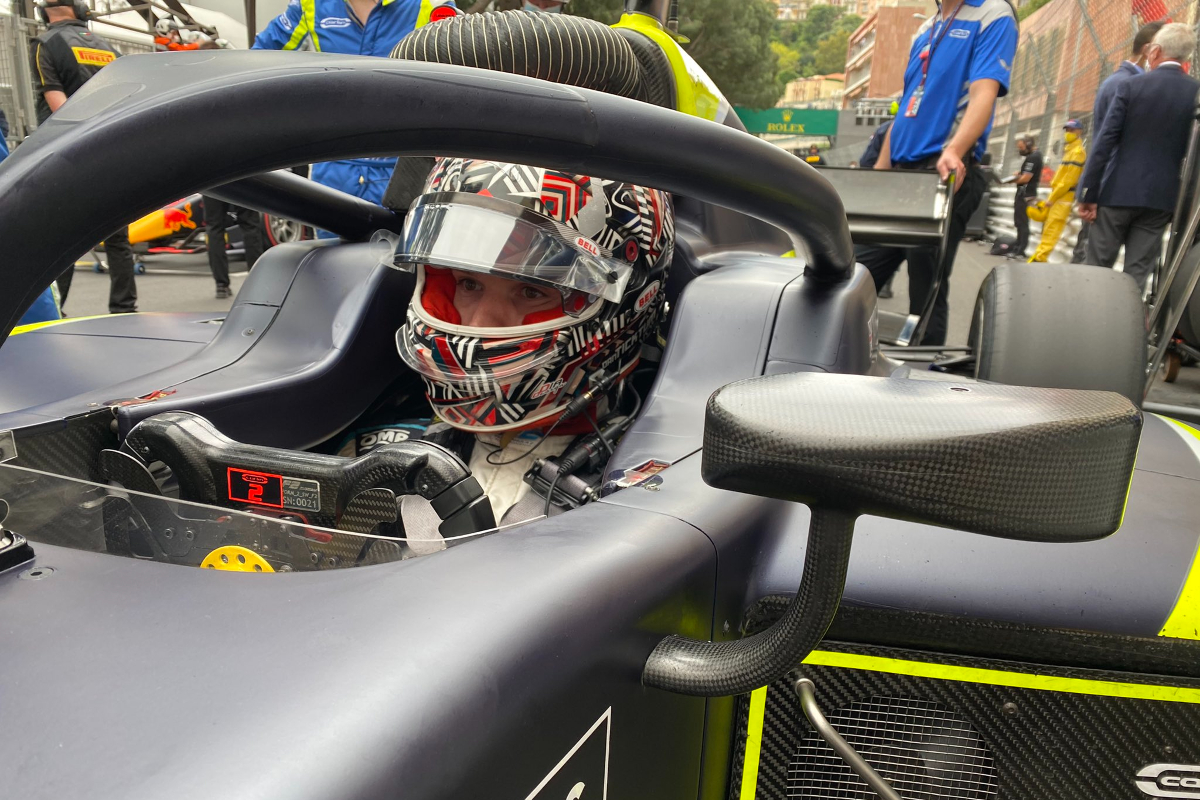 Dan Ticktum has taken responsibility for his collision with Oscar Piastri in Formula 2’s Monaco feature race that put him into retirement and cost a potential podium finish.

After a safety car restart late in the 42-lap race, Prema’s Piastri was struggling with brake temperature and locked up into the Swimming Pool section of the circuit, allowing Carlin driver Ticktum to draw alongside and undercut on exit.

This gave Piastri the inside line for Rascasse, forcing Ticktum to the outside. Piastri held his line, and Ticktum, despite narrowly being ahead, was forced wide into the barriers and into retirement. Ticktum didn’t put it against Piastri though.

“A massive sorry to the team, I let them down there,” he said in an Instagram post.

“Unfortunately, Oscar made a mistake in the corner before, and I got the run on the outside. Had I closed the door more, we would’ve crashed so I don’t really know what else I could’ve done.

“[At the] end of the day, I take responsibility for it but it’s just such a shame. The car was amazing, our pace was so strong. Thank you to the team for a great car all weekend and see you all at Baku.”

Piastri was pressed on the matter in the post-race press conference but said he did not know what had happened as he hadn’t seen a replay of it.

“I actually haven’t seen what happened. Obviously I locked up into the Swimming Pool, and then side-by-side into Rascasse. Next thing I knew he wasn’t there anymore, so I don’t really have much more to comment on than that.”

Piastri went on to finish second behind Theo Pourchaire (ART Grand Prix), and is now the closest rival to fellow Alpine junior Guanyu Zhou (Virtuosi Racing) in the standings after two rounds. Ticktum is fourth in the points behind Pourchaire.

The pair had made contact in the Bahrain season opener, but speaking to media on Wednesday regarding that collision, Piastri said: “Dan and I have spoken, plenty of times. We even played Call of Duty together a few times [since] so there were no hard feelings at all.”