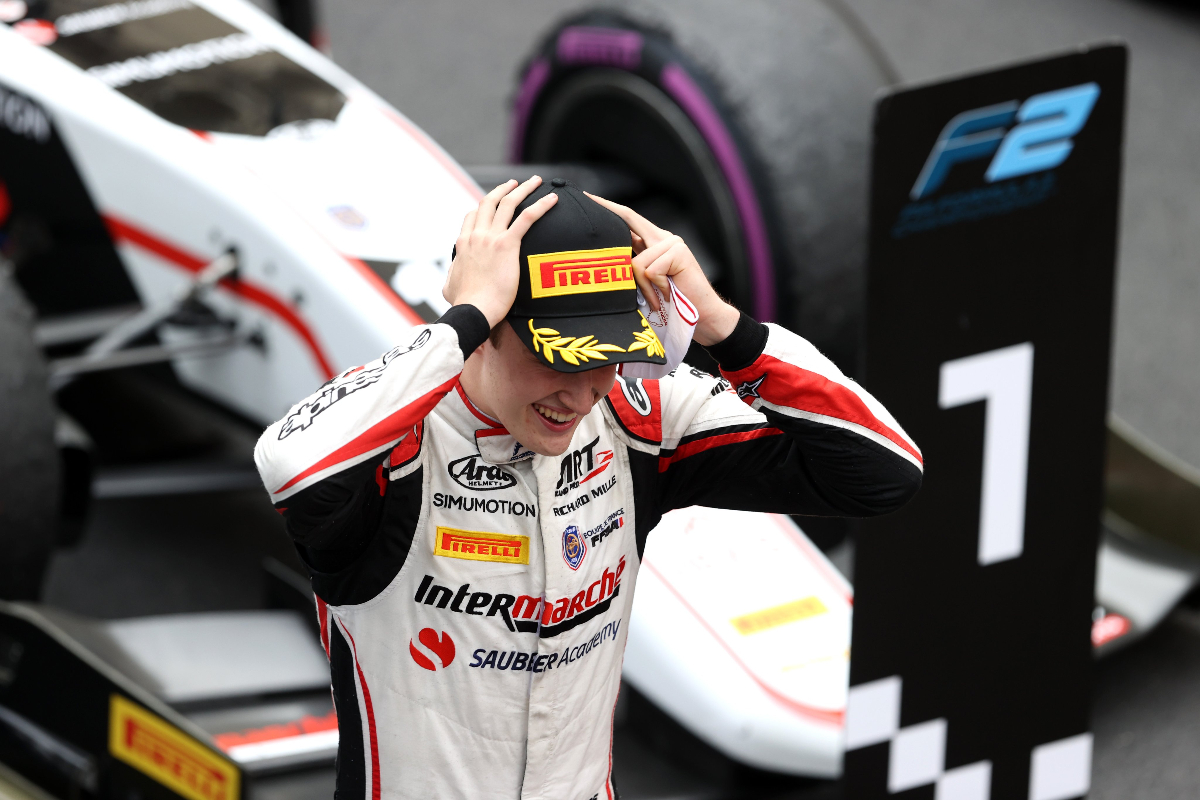 Formula 2’s new youngest winner Theo Pourchaire admitted he cried on the radio to his ART Grand Prix team as he claimed a record-breaking win in the Monaco feature race.

The Frenchman usurps Lando Norris as the youngest victor in the series, with Norris having been 18 years, four months and 25 days old when he won the opening race of the 2018 season at Bahrain.

Pourchaire is remarkably only 17 years, nine months and two days old, and his accomplishment is unmatched in the history of Formula 1’s primary support series from European F2 in 1967 through International Formula 3000, GP2 and now F2.

“I cried a bit on the radio. For me it’s a dream come true to win at almost home, for sure it’s not France, but I just live half an hour from here,” Pourchaire said soon after taking victory.

“And I went almost 10 times to watch the grand prix here with my father, with my family, and now I’ve won Monaco in Formula 2. I can’t believe it. That was a crazy weekend, I did the pole and I won the feature race.”

Pourchaire’s Thursday pole position broke the age record for the entirety of single-seater racing’s second tier (including Indy Lights and Atlantics in America and Formula Nissan/Renault/V8 3.5 in Europe as well as F2), but due to F2’s new-for-2021 format with two reversed grid races preceding the feature it meant he started the first race of the weekend from 10th.

He rose to seventh in that race, then finished fourth in the follow-up, and is now third in the standings following his maiden win.

“I just can’t thank enough ART and Sauber Academy and my family. Without them, it wouldn’t be possible. I’m so happy,” he added.

“I’m not thinking too much about the future [in F1], I try to stay focused on F2. Sauber helped me a lot and I’m grateful to that. I just focus on F2 and I will try to win the championship. That’s the most important thing.”