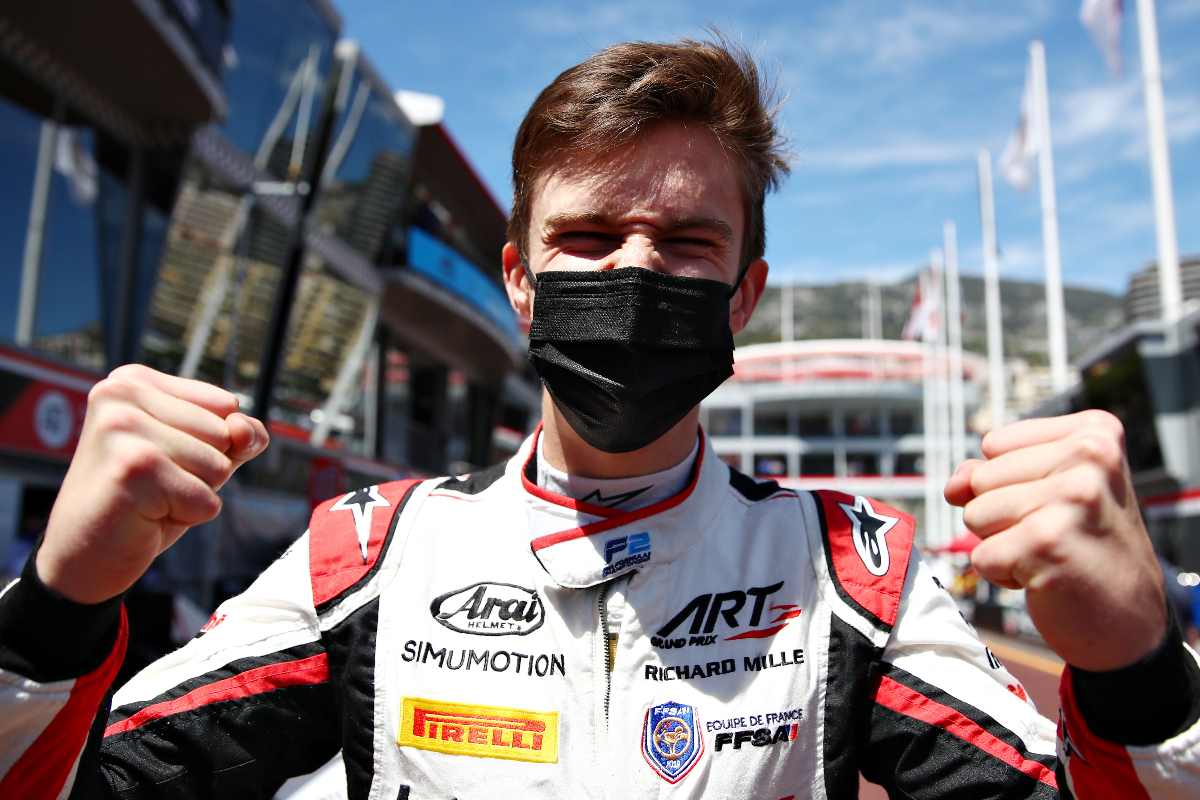 The ART Grand Prix driver was in control the entire race, only dropping out of the lead during the pitstop stages.

His only challenge came early in the race, when Robert Shwartzman kept the poleman under pressure, but it wasn’t long before Pourchire managed to shake off the Prema driver and extend a gap to the rest of the field.

That gap was only extended when a problem during Shwartzman’s pitstop dropped him out of contention for the race lead.

The second half of the race was riddled with Virtual Safety Car periods, but Pourchaire edged out a gap between the caution periods to finish 2.894 seconds ahead of Prema’s Oscar Piastri in second. Virtuosi’s Felipe Drugovich completed the podium.

It was a more eventful race for Piastri, who came under pressure from Dan Ticktum after his mandatory pit stop. A lock up allowed Ticktum to get alongside and the Carlin driver tried to go around the outside at Rasecass, but was instead edged into the wall.

Piastri continued and no further action was deemed necessary by the stewards, but he couldn’t close in on Pourchaire.

It was the second similar incident to occur during the race. Only a handful of laps earlier, DAMS’ Marcus Armstrong had been forced into the wall while battling with Hitech GP’s Juri Vips. This time the two made contact, and Vips was handed a five-second penalty while Armstrong retired.

The only driver other than Pourchaire to lead was Guanyu Zhou, running on the alternate strategy. Zhou stayed out later than anybody, pitting on lap 37 of 42. He emerged in fourth, having started the race from 10th, but was overtaken by team-mate Felipe Drugovich while he was still trying to get his tyres up to temperature.

Roy Nissany couldn’t get close enough to Vips to benefit from his time penalty and finished ninth while MP Motorsport’s Richard Verschoor took the final point after Pourchaire’s team-mate Christian Lundgaard was penaised.