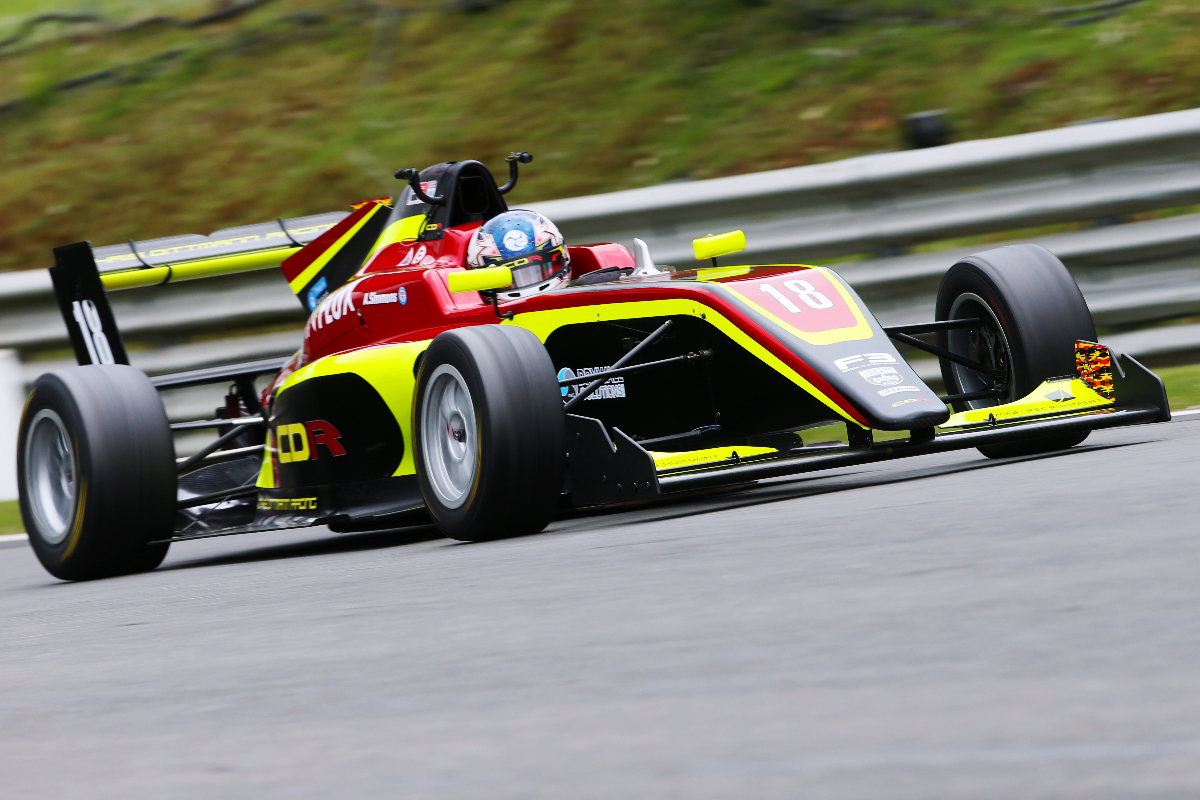 Ayrton Simmons took a lights-to-flag win from pole as the BRDC British Formula 3 season got underway on the Brands Hatch Grand Prix circuit.

After leading away at the start, the Chris Dittmann Racing driver withstood pressure from Fortec Motorsports’ Ollie Bearman, who remained just over one second behind throughout the 12-lap encounter.

Bearman and Carlin’s Zak O’Sullivan completed the podium in second and third on their respective British F3 debuts, while Bart Horsten was a further five seconds behind in fourth in his first race for Hitech GP. Reece Ushijima finished in fifth behind his team-mate.

Ginetta Junior champion Tom Lebbon was ninth for Elite Motorsport, the team also making its series debut. Fores and Fortec’s Roberto Faria were the last two classified finishers after last-lap drama dropped the pair down the order. Faria was attempting to recover from a poor start, having qualified fourth.