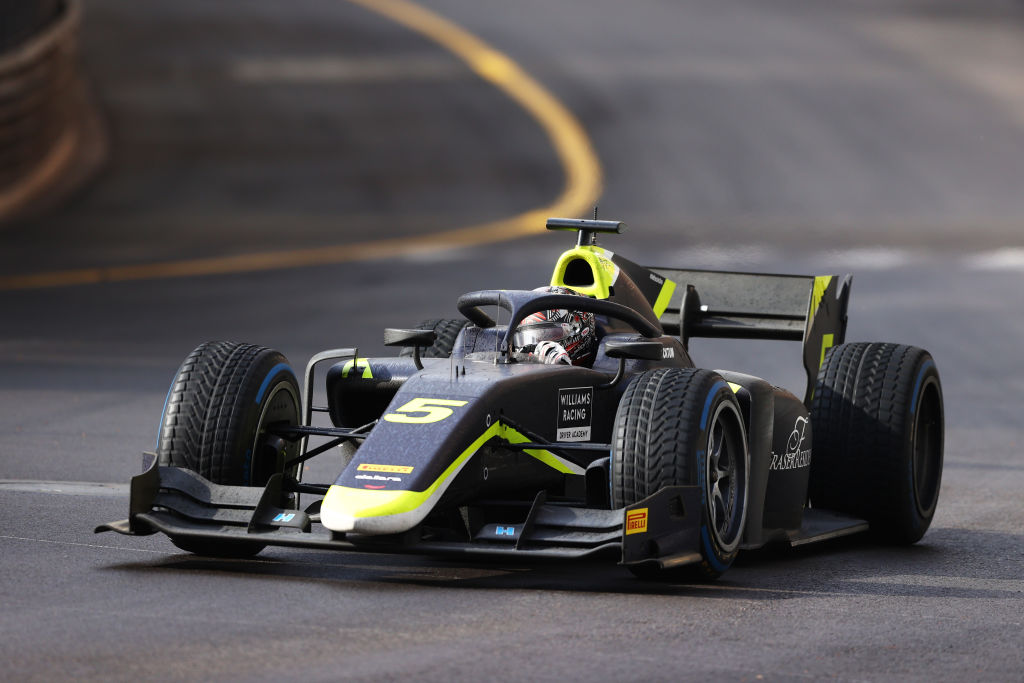 Dan Ticktum has described the dramatic time he had in Formula 2’s second Monaco sprint race, which included pre-race issues, hitting walls and then winning.

The Carlin driver made a decisive move on Prema’s Oscar Piastri on a drying track in the race for second place, but ended up with his second F2 win as Hitech GP’s Liam Lawson, who he had pressured, was disqualified for incorrect throttle map usage.

Mechanical issues had meant Ticktum feared he wouldn’t even start the race.

“Eventful is definitely the word I would use to sum up my morning,” he said.

“The throttle motor failed on the laps to the grid, so I thought that was us out, to be honest. I know you can change them pretty quickly, but not five to six minutes quickly.

“But the boys managed to get it done, so before I say anything else a massive thank you to them for enabling me to get going and obviously get on the podium.”

Ticktum was chasing Lawson down for the win when, shortly before the safety car was called for a collision between Trident’s Bent Viscaal and Charouz Racing System’s David Beckmann, he damaged his suspension.

Afterwards, the combination of damage and grooved tyres that were overheating slightly more than Lawson’s meant he couldn’t keep pace with the leader.

“A lap before the safety car came out, I hit the wall quite hard on the exit of Tabac, and bent the whole of the right of the car,” he explained.

“So I was then going down the straight [with the car pointing to the left], so the safety car sort of saved me a little bit. A bit lucky there, but like I said I was going for it. I wanted the win. Good race overall.”

Formula Scout asked Ticktum in the post-race press conference about the difficulty of the conditions.

“Every lap it was changing, it was getting drier and drier all the time. So you’re constantly having to change your references,” he replied.

“I clipped the wall a couple of times quite early on in the race when it was wet wet, but just little nudges. It was all under control.

“But it was very tough. You’ve just got no room for error at all. And then late on in the race, when the tyres did start to go away, that caught me out in Tabac and I had a snap and I hit the wall quite hard.

“It’s as hard as it gets, Monaco in the wet. I haven’t done Macau in the wet, I think I did maybe one morning session in 2016, but I think that [F2] is harder because you have 600 horsepower here, the turbo lag’s terrible, so you’re just trying to manage that in traction zones all the time, it’s really tough in the wet as well.

“It’s just a difficult car to drive at the best of times, so then in the wet around Monaco it’s as hard as it gets.”