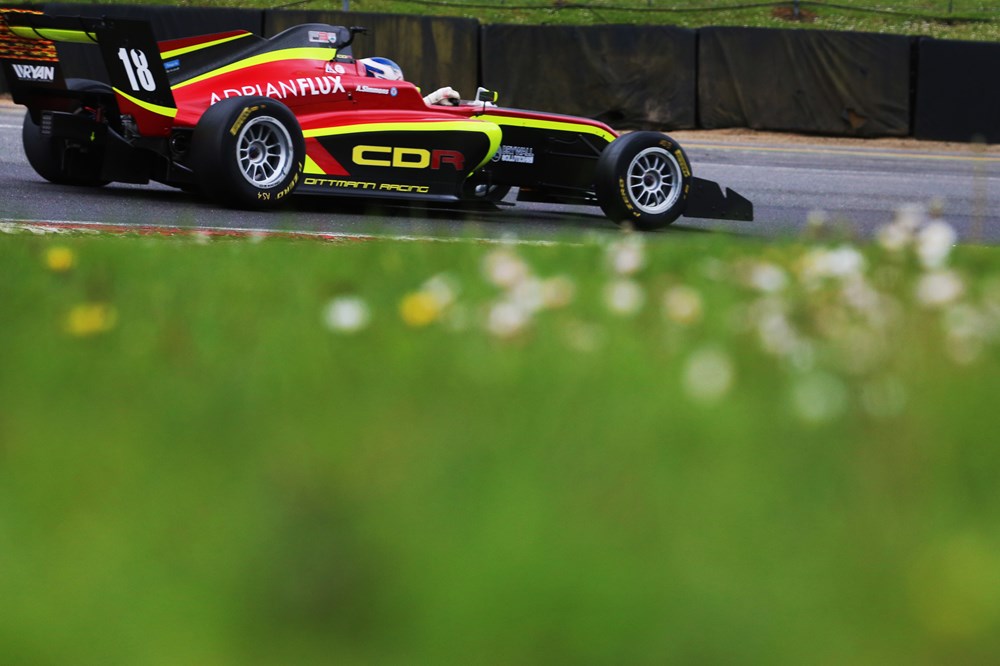 Aryton Simmons took a double pole position in qualifying at the opening round of the BRDC British Formula 3 season at Brands Hatch.

Simmons’ second-best lap time was good enough to take pole for race two on Sunday, and he will be joined on the front row by O’Sullivan in that encounter.

After the morning’s wet free practice, drivers took the track on slick tyres for qualifying on a dry track, Simmons set an early benchmark of 1m24.526s before improving his time further, with CDR team-mate Alex Fores briefly moving into second.

O’Sullivan and Hitech GP’s Bart Horsten both enjoyed a brief spell at the top, before Simmons responded to go quickest once more. But O’Sullivan beat Simmons’ latest effort to lead the way before the session was halted with seven minutes remaining, after an off for Elite Motorsport’s Javier Sagrera.

Simmons lower the benchmark by almost 0.3s once the session resumed. O’Sullivan was unable to fight back, despite improving on his best time, and he was pipped to second in the final moments by Formula 4 racer Bearman.