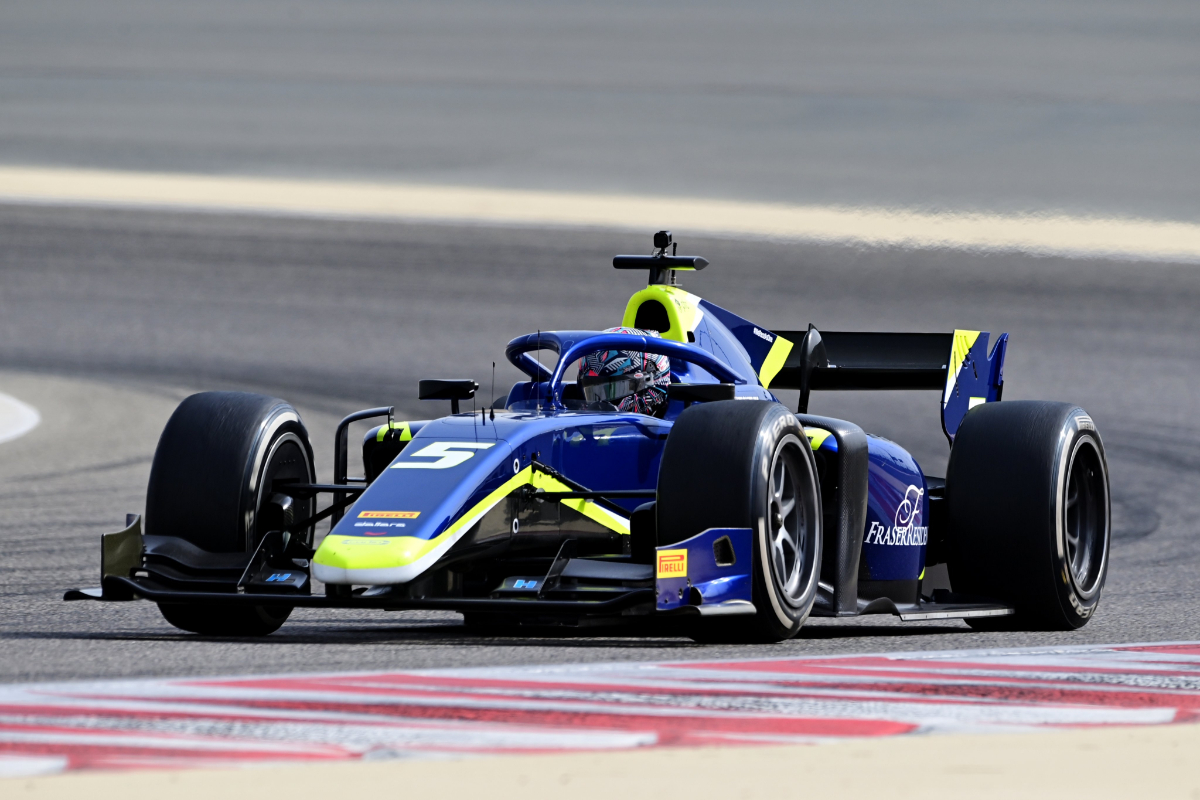 Carlin’s Dan Ticktum returned to the top of the times on the second afternoon of Formula 2 pre-season testing at Bahrain.

Hitech GP’s Juri Vips set the pace through the first 20 minutes of the three-hour session, with Trident’s Bent Viscaal being the first to better him.

As Boschung made another improvement that put him past Viscaal by half a second, Charouz Racing System’s Guilherme Samaia put in a stunning lap that was a full 2.495 seconds father than Boschung.

The field stayed spread out on the timesheet after Campos’s Gianluca Petecof brought the action to halt for 20 minutes when he stopped on track, with the Prema and MP drivers still yet to leave the pits.

Prema’s pair went out on track soon after the restart, while MP waited another half-hour and Charouz did the same with David Beckmann.

A 1m48.223s immediately put Beckmann into third when he left the pits, while MP’s drivers took a little longer to warm up. At the mid-point of the session, MP’s Richard Verschoor went fastest through all three sectors and went on top with a 1m45.018s.

His team-mate Lirim Zendeli made a mistake on his next effort, but then went second quickest with a 1m45.542s.

The pair remained one-two through to the end of hour two, when another stoppage occurred when Lawson hit trouble.

Verschoor upped his pace, setting a 1m44.335s, and another Zendeli improvement brought him back into second as drivers went on qualifying simulations once the session resumed.

Just before the third red flag with 40 minutes to go, Virtuosi Racing’s Felipe Drugovich moved into second while HWA Racelab’s Alessio Deledda surprised with a lap that put him in 10th.

Carlin had spent much of the session on development work, but sent out its drivers for two qualifying simulations after the final restart. Monday morning pacesetter Ticktum edged team-mate Jehan Daruvala by 0.003s on run one, good enough for them to go one-two, and when most returned to the pits they went out again and both improved.

Boschung briefly got up to third, but in the closing minutes was bettered by Brazilians Drugovich and Samaia.

Zhou, who lost time after the final red flag, benefitted from a near-empty track to go third with just over a minute to go. Petecof managed to return to track after his session-stopping issue, and ended up eighth.