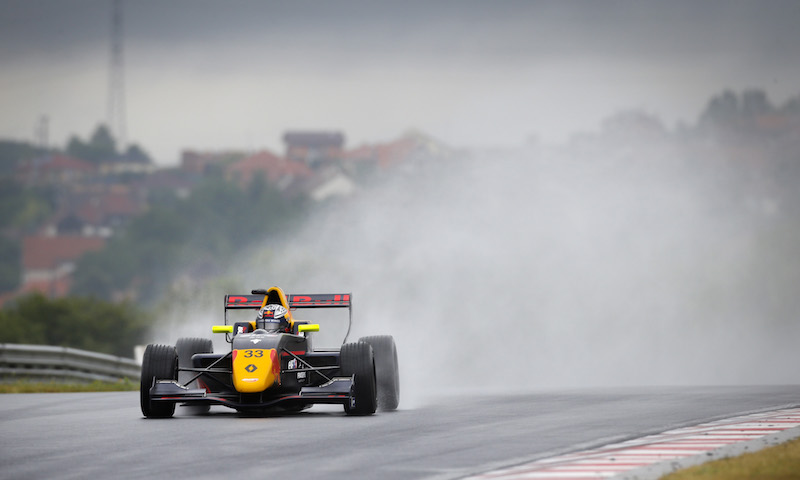 Dan Ticktum scored his maiden Formula Renault pole in a wet first Eurocup qualifying session at the Hungaroring, before Sacha Fenestraz and Gabriel Aubry split the honours in a dry second session.

Heavy rain preceded the opening session, with Fenestraz setting the pace the first of the two groups – nearly a second ahead of his nearest rival, AVF debutant Thomas Randle.

Gabriel Aubry looked on course to get pole from the second group, but he was bettered at the chequered flag by Red Bull Junior Ticktum, whose 1m56.198s made him just under 1.5s quicker than Fenestraz.

The weather threw up some surprising grid positions for the first race of the weekend, with championship leader Will Palmer to start from the back after suffering electrical issues and having his only competitive time – which was good enough for a spot on the 11th row – deleted for causing a full-course yellow.

His R-ace GP team-mate and closest rival Robert Shwartzman took sixth in Ticktum’s group, leaving him 11th on the grid.

Max Fewtrell will join Palmer at the back of the 30-car field after crashing out himself, bringing out the red flags.

With Aubry and Randle on row two, Max Defourny and Thomas Maxwell will share row three.

Fenestraz – who is third behind Palmer and Shwartzman in the points – has been quickest every time he’s been on track this week, beginning with testing on Thursday and both of Friday’s sessions.

In the later second session to set the grid for races two and three on this triple-header weekend, his group this time went on track second, and he was four tenths better than Aubry to claim race two pole. 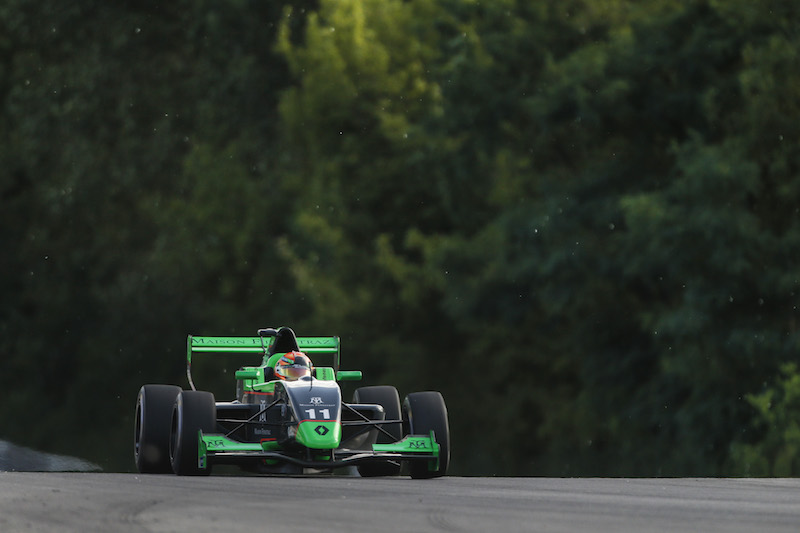 On second-best times though, Aubry was narrowly quicker, putting the Tech 1 driver on pole for race three.

Palmer was second-best to Fenestraz, half a second down, to put him third on the grid for race two, with Defourny beating Shwartzman to the same position in the other group after the Russian had his best effort deleted for exceeding track limits, putting him sixth next to Yifei Ye.

For race three though, Shwartzman will be third on the grid with Ye alongside, and Defourny then heading Palmer on row four.

Ticktum was only ninth in his group this time, putting him 18th on the race two grid, and with a spate of his times deleted over track limits, his second-best was eight seconds off the pace, putting him to the back.