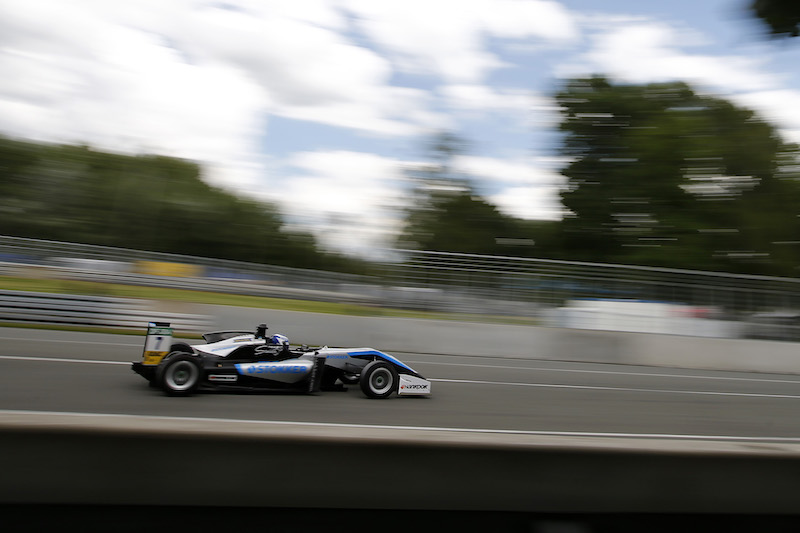 Ralf Aron will lead a Hitech front-row lockout for the second race of the Formula 3 European Championship weekend at the Norisring, while Maximilian Gunther claimed race three pole position.

Force India Jehan Daruvala had led much of the second qualifying session, and cemented his place at the top of the times when he became the first driver to go under the 48-second mark this weekend with only two minutes remaining.

Meanwhile, Gunther improved his time by two thousandths on his next attempt – not enough to move him up from third overall but enough to make his previous benchmark the fastest second-best time.

Daruvala ended up fifth quickest overall behind his Carlin team-mate Lando Norris, but he does move onto the front row for race three.

Aron and Hughes will share row two, with Norris sixth alongside the other Carlin driver Ferdinand Habsburg.

Zhou will start seventh in race three in front of Mazepin, Ilott and title contender Joel Eriksson, who was only 12th fastest.