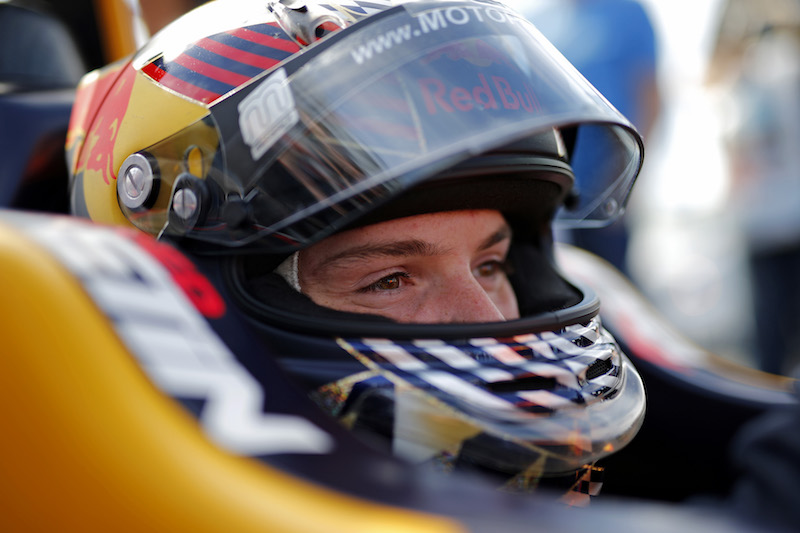 Charles Leong caused the first red flag of the session – with just over 20 minutes on the clock, the Hitech GP driver hit the barrier on the exit of Police and blocked the track.

His team-mate Enaam Ahmed hit the wall at the same corner in near-identical fashion to Leong, halting the session with just under five minutes left.

The session restarted but it wasn’t long before?Sena Sakaguchi hit the barriers at the final corner, completely destroying the left-hand side of his car and ending the session for all 28 drivers.

This means Ticktum’s 2m11.004s was good enough to top the session, just 0.132s ahead of fellow Macau returnee Callum Ilott.

Newly-crowned European Formula 3 champion Mick Schumacher, who topped practice, was third fastest as he looks to become the third driver in his family to win the prestigious race.

The B-Max Racing driver was just over seven tenths off pacesetter Ticktum, with Sacha Fenestraz seventh for Carlin despite a brief trip into the wall, which he was able to recover from to continue in the session.

His team-mate?Yoshiaki Katayama wasn’t so lucky when he outbraked himself into Lisboa and had to be craned off the circuit.

Joel Eriksson, who took pole for the qualifying race this time last year, could only manage seventh for Motopark, hampered by the timing of the red flags.

The second B-Max of Alex Palou was eighth ahead of Motopark’s Ferdinand Habsburg and Japanese?F3 champion Sho Tsuboi, who rounded out the top 10.

Juri Vips had to settle for 11th place ahead of Ahmed and the Prema Theodore Racing duo of Marcus Armstrong and Guan Yu Zhou. Macau debutant Sophia Florsch was 15th quickest.

The drivers will compete in one further qualifying session tomorrow, with the combined best times setting the grid for Saturday’s qualification race.