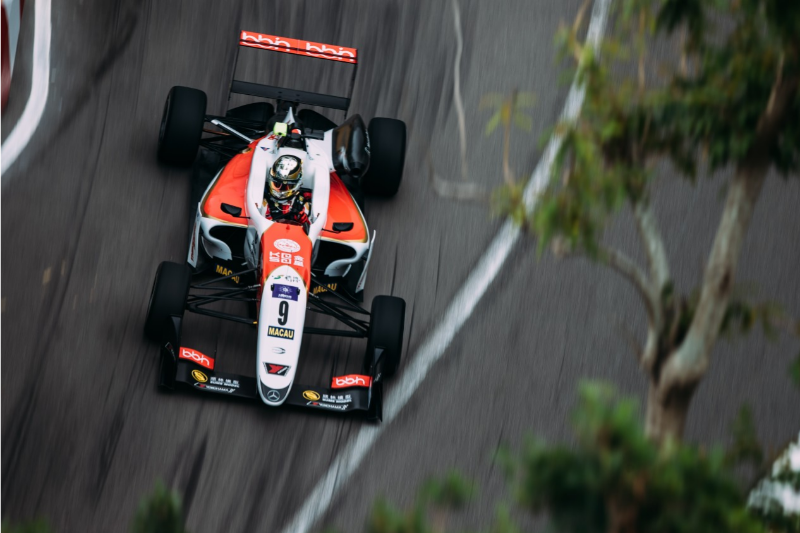 European Formula 3 champion Mick Schumacher topped the first free practice session for the Macau Grand Prix as he starts his campaign to replicate his father and uncle’s triumphs.

A flurry of late laps reshaped the top end of the order though, with returning Carlin driver Callum Ilott splitting Schumacher and Motopark’s Macau debutant Vips. The three ended up being separated by just 0.036 seconds.

Reigning winner Dan Ticktum jumped up to fourth with his last lap, ahead of Motopark team-mate Joel Eriksson and Carlin’s Sacha Fenestraz. Robert Shwartzman was just behind them in seventh, having suffered a poor final sector to his last lap. They too were covered by a small margin of 0.049s.

Alex Palou topped the times for B-Max Racing shortly before Vips and Schumacher set their benchmarks, and he ended up slipping down to eighth, just ahead of Japanese F3 dominator Sho Tsuboi. After everyone had completed their reconnaissance lap, Tsuboi was the first to go for a flying lap and led most of the first half of the 40 minute session.

Asian F3 leader Jake Hughes was 10th fastest as he begins his first race weekend in a Dallara F3 car for over a year.

Palou’s team-mate Yuhi Sekiguchi, a winner in Super Formula, was 11th, setting the same time as 2017 Macau star Ferdinand Habsburg, who has switched from Carlin to Motopark.

Home hero Charles Leong was 27th of the 28 drivers, only taking to the track for three laps and ending up 15.543s off the pace.