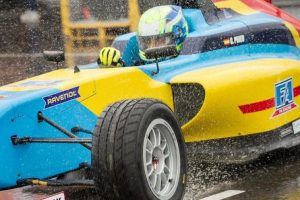 The 10 teams for the revamped 2019 Formula Renault Eurocup season have been revealed, with the Fernando Alonso-supported FA Racing and crack Italian Formula 4 squad BhaiTech joining the series.

Renault was unsuccessful in its plan to become the FIA’s new Regional Formula 3 series for Europe for next year, losing out to Automobile Club d?Italia and Italian F4 promoter WSK. It’s pushed on with its plans regardless, introducing a new Tatuus chassis and?retaining seven of its eight 2018 full-time teams, with just Fortec Motorsports continuing.

The returning teams, including Arden despite initial doubts, will be joined by three new teams. FA Racing by Drivex is the only team with F3 experience, and is a? combined effort between Eurformula Open team Drivex School and Spanish F4 team FA Racing, run by Fernando Alonso?s?karting mentor Genis Marco. FA Racing has also competed in karting and Esports.

“This series has provided some of my toughest competitors in F1 and this highlights its very high competitiveness level.? After karting, Esports and F4, Formula Renault is for FA Racing the logical step in our development. The arrival of the new car was the opportunity to start on the same level as all the teams and we are now eager to be on the starting grid to show what we are made of.

“On a more personal note, it is a great pleasure to continue my history with Renault.?

BhaiTech ran?Leonardo Lorandi to second in Italian?F4 this year, and won the teams’ championship in 2017, while top Toyota Racing Series M2 Competition will also be joining, having announced its interest in the championship last month. The team dominated TRS this year, filling the top four spots in the drivers’ championship. Many of its engineers also work for Eurocup teams during the European summer.