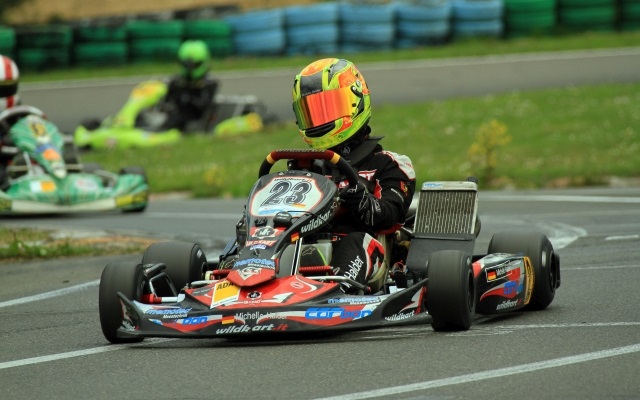 The 2015 ADAC F4 grid will feature 18 teams, it’s been officially revealed by the series. The 15 teams will be joined by three self-entered entrants.

One of them is Russian karting graduate Yan Leon Shlom, who has been competing in the European karting scene in the past three seasons. His most notable results came last year when Shlom raced in the KF category as he took third in Trofeo delle Industrie and eighth in Trofeo Andrea Margutti.

15-year-old Michelle Halder is the third female driver set to race in the series. Halder is making her move to cars after taking an impressive third in the ADAC Kart Masters X30 Junior category.

The third privateer, German Robin Brezina, finished fourth in last years’ national Rotax Max Challenge in the Junior class and is the 33rd official addition to the ADAC F4 grid.