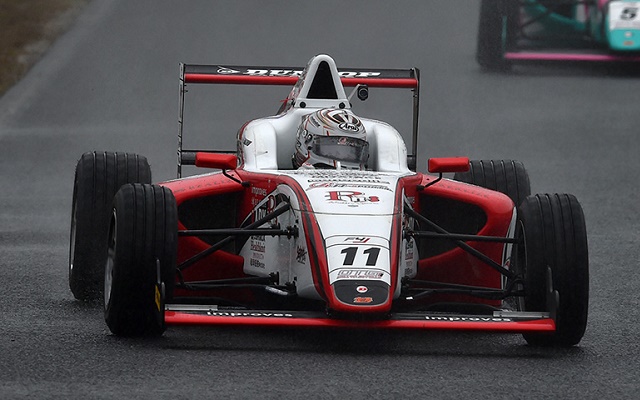 Tadasuke Makino remains the only race winner in Japanese F4, having picked up the win in the second race at Okayama.

Fifth on the grid, Makino watched the rivals ahead of him rule themselves out of contention, caught out by the treacherous conditions on a very wet track.

Shinnosuke Yamada then took the lead, only to spin out in the hairpin, handing first place to Makino.

The race for the win was basically over at that point as the championship leader began to storm away from the rest, finishing ten seconds in the clear.

Having started in 14th, James Munro made it up to sixth and was moved up to fourth when Yuichi Mikasa and a recovering Mekaru collided ahead of him.

Yuta Kamimura took fifth, while Nicolas Costa and Mizuki Ishizaka took the flag behind him, only to be penalized for overtaking under yellows.

As such, Yuki Shiraishi and Yuya Hiraki were promoted to sixth and seventh, while Noa Satomi, Katsuhide Kaneishi and Yuki Nemoto rounded out the top ten.