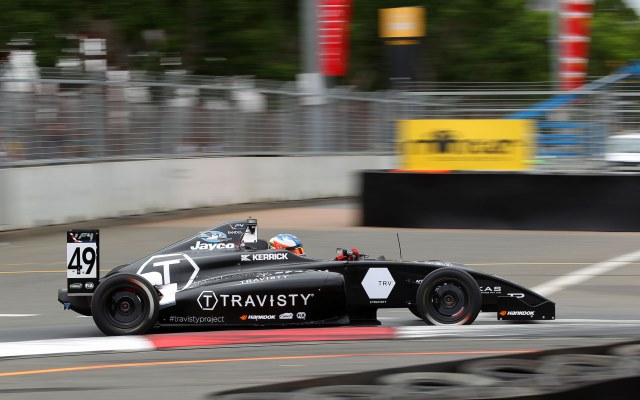 Thomas Randle claimed victory in the opening race of the Australian Formula 4 finale at Sydney Olympic Park after dominating the weekend so far.

Randle, who lost out on the championship to Jordan Lloyd at the penultimate round at Phillip Island, led Friday’s two practice sessions before qualifying on pole by half a second.

He actually lost out to fellow front-row starter Zane Goddard at the lights but claimed the lead on the inside into Turn 1.

After a first safety car to recover the spun car of debutant Nick Filipetto, Randle quickly opened up a two second advantage over Goddard before the BRM driver ran wide, hit the wall and was collected by Luis Leeds and Tom Grech behind him.

The race ended under safety car, with William Brown and the returning Nick Rowe inheriting podium positions behind Randle.

Harry Hayek was fourth ahead of a muted Lloyd, Jimmy Vernon, Francesco Maiolo and Caitlin Wood.