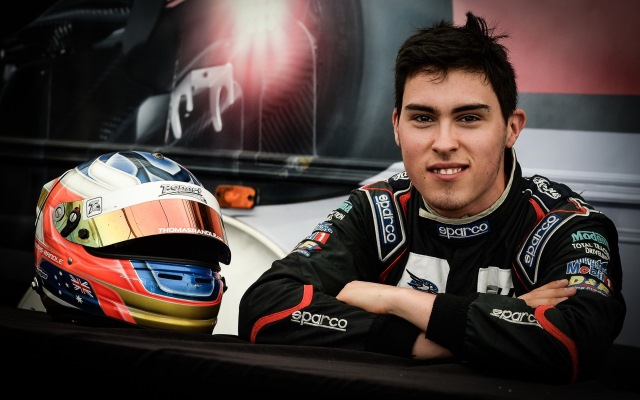 Australian Formula 4 runner-up Thomas Randle will switch to Britain to compete in the BRDC series this year with the Douglas Motorsport team.

After winning his native Formula Ford title in 2014 and scored podiums in the 2015 Toyota Racing Series, Randle was a star of the inaugural Australian F4 season, scoring hat-tricks on the streets of Surfers Paradise and Sydney at the end of the year.

He sampled Formula 3 machinery with T-Sport over the winter but it is in BRDC F4 that he will make his European debut.

Randle is the first driver signed for the team of Wayne Douglas, which won the first ever race for the championship’s new Tatuus-Cosworth car in the Autumn Trophy last November with Harrison Scott.

?I am absolutely thrilled to be teaming up with Douglas Motorsport for the 2016 BRDC Formula 4 Championship,” said Randle.

“The new Tatuus car with Cosworth engine for 2016 looks very quick and having seen Douglas? results in the Autumn Trophy, I have the confidence that we can be quite strong in our championship assault.

?I?m looking forward to working with (race engineer) Marcus Koch, who has a lot of experience with World Series by Renault and many other popular one-make formula categories, and I believe we will build a great relationship throughout the year to produce some good results.?

Douglas added: “We are delighted to welcome Thomas to our team for 2016 and we are looking forward to working with him throughout the year.

“I have been very impressed with his performances back in his native country and I am confident that he can translate that across to racing in Europe.

“With a strong pre-season testing programme, we are sure he will hit the ground running and hopefully be able to challenge for wins as the season progresses.?