Thomas Randle gets Formula Renault Eurocup seat for rest of 2017 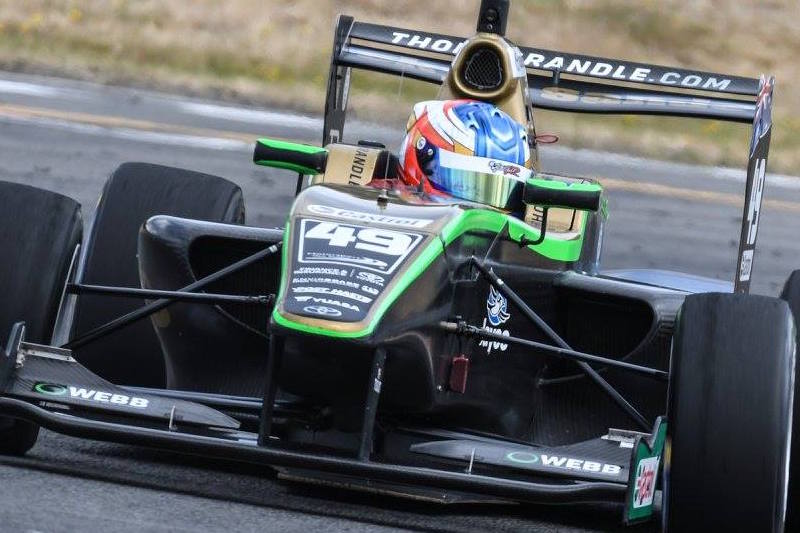 Toyota Racing Series champion Thomas Randle will resume his single-seater career by contesting the rest of the Formula Renault Eurocup season with AVF.

Since?his TRS title triumph at the start of 2017, the Australian has raced only in the British LMP3 Cup series – a programme he will continue to dovetail with his new Formula Renault deal when scheduling?allows.

Randle will drive the car previously occupied by Swiss V de V graduate Gregoire Saucy, who had started only one of the last five races – partly due to an injury sustained in a practice crash in Pau.

“After my title-winning success in the Toyota Racing Series at the beginning of the year, it’s great to be getting back behind the wheel of an open wheeler again, and in such a competitive championship,” he said.

“I am truly thankful of AV Formula for the opportunity and also Rusty French for helping make this possible.

“AV Formula have a competitive car so I will be interested to see how I fair in the competition.

“That being said, I won’t be putting any unrealistic pressure on myself and will be looking at consistently improving every time I get into the car.”

Team boss Adrian Valles said: “Here at AV Formula we are really happy to welcome Thomas to the team and from initial simulator testing his results showed he was immediately on the Eurocup pace, while his previous results and winning the most recent TRS title supported those findings.

“The Eurocup Formula Renault 2.0 Championship is a very competitive series, with the other drivers already having an advantage over Thomas from the races they’ve contested so far this year and also the four completed test days.

“We are confident though that we can get Thomas up to speed quite quickly and look forward to providing the maximum support we can to give him with what he needs to be fighting it out at the front of the field.

“We also feel confident he can finish the year strongly, which will help Thomas with his 2018 plans and we’re all really looking forward to working with him.”