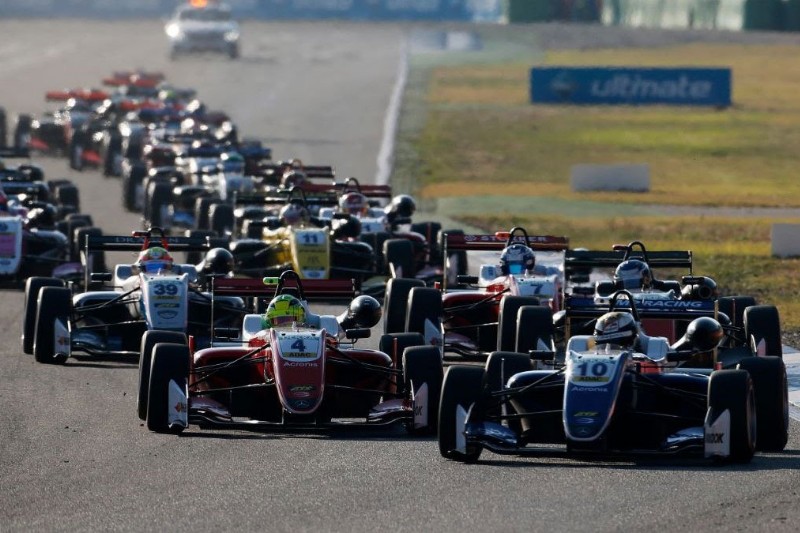 In the space of two years the FIA European Formula 3 Championship has gone from being probably the most attractive junior single-seater series in the world to the ultimate casualty of the FIA’s contentious streamlining of the ladder to Formula 1.

Using purely romantic terms, Formula European Masters can trace its history back to 1971 and the first year of a proper German F3 championship which would be recognisable to fans of F3 today. It merged with France’s championship ahead of 2003, with a replacement German championship being formed to some controversy by its original organisers: Formel 3 Vereiningung e.V.

The F3 Euro Series, as it was called, was run by Formel 3 Vermarktungs GmbH (F3V GmbH), a subsidiary company of DTM promoter ITR.

Honda, Mercedes-Benz, Opel, Renault and Toyota-derived engines were used in the first season of the new championship, and by 2008 it was an all-German battle between the HWA-tuned Mercedes powerplant and the Spiess-tuned Volkswagens.

Grids unsurprisingly started to decline after the global financial crisis, and in 2012 the FIA Single-Seater Commission (FIA SSC) effectively rebranded the series FIA European F3 after a transition year when a championship of each name was awarded.

That continued on to 2018, when the commission put into place a plan that would ultimately lead to the death of the world’s longest and arguably strongest standing F3 championship. 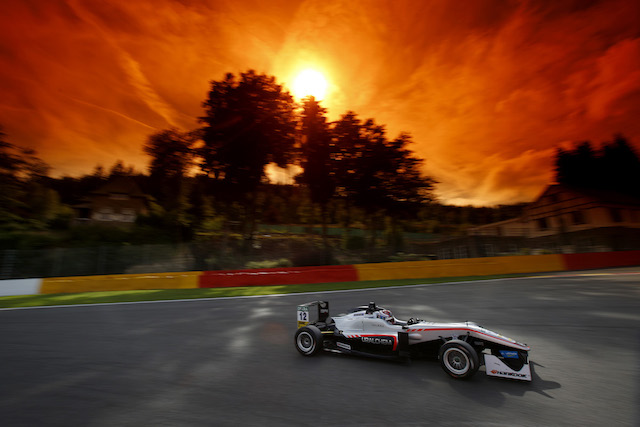 Days after the GP2 Series is renamed as FIA Formula 2, Autosport.com reports that there were plans between the FIA SSC and F2 promoter Bruno Michel to replace GP3 with a F3-branded series for 2019 and beyond. Speculation suggested that the talks went further than just a commercial use of the F3 name.

Unknown to the wider world, the FIA SSC’s Technical Working Group meets in May and outlines what the future of F3 should look like after the homologation of the Dallara chassis used in European F3, Euroformula Open and Japanese F3 expires at the end of 2019. The result bears limited resemblance to the existing on-track product.

At the Hungaroring round in June, the European F3 teams summon Gerhard Berger, newly installed chairman of DTM promoter ITR and previously president of the FIA SSC. It was he who had instigated the championship’s 2012 renewal, and is called upon to protect its interests again.

Berger’s response is he’s willing to revive the F3 Euro Series outside of the FIA’s remit.

Macau Grand Prix and Masers of F3 organiser Barry Bland dies, leaving a huge void in the sphere of influence that F3 teams have within the FIA. Bland was the inaugural head of the FIA SSC, and had formally ceased in his role of Macau organiser the year before at late notice.

Without his wealth of experience and contacts to fall back on, and the continued lack of a replacement hiring by the FIA, the grand prix (and its new FIA F3 World Cup status) is put at risk for a second year in a row.

Commercial and technical talks on ‘new F3’ continue, with the World Motorsport Council adding it to its agenda. 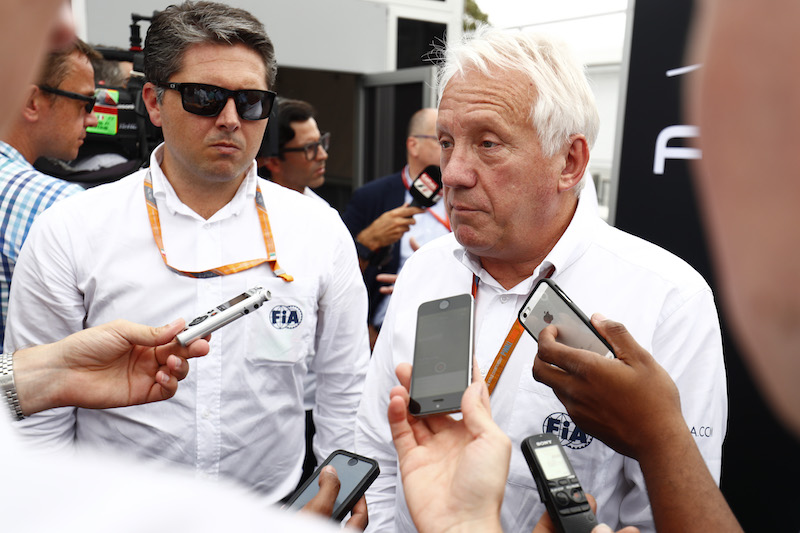 After a meeting with F3 teams, FIA safety delegate Charlie Whiting reveals to Autosport that the FIA is definitively pursuing the streamlining of the F1 support paddock, with a 2019 start date for the new iteration of F3 machinery and the introduction of a secondary ‘regional F3’ concept.

This is the first solid suggestion that European F3 will be shunned after 2018, and a further hit is taken by F3V GmbH when the earmarked price for the new F3 is said to undercut the market price for the existing chassis.

The World Motor Sport Council votes to introduce a new generation of single-make, single-engine Formula 3 machinery with 350hp for 2019 onwards. An F1 support slot is not confirmed, but the decision for it to take GP3’s slot and be run by Bruno Michel’s operation is just a formality with ITR’s interests lying firmly in the DTM.

After previously saying he’s ready to relaunch the F3 Euro Series with little notice, the DTM’s loss of Mercedes as a manufacturer leads Berger to tell Autosport that ensuring a continuation of the F3V GmbH championship is not his focus.

Market demand for the FIA’s new F3 concept leads to the grid being increased from 24 cars to 30, split across 10 teams as F1 group is confirmed as promoter. Existing European F3 teams, including former German F3 competitor Motopark, show interest.

European F3 set for 22-car grid for 2018 season, including six F1 juniors. A reprieve in that the new FIA F3 regulations are unsuitable for Macau is stemmed by the country investigating ways to upgrade the Guia Circuit to FIA Grade 2 to make the new F3 compatible. 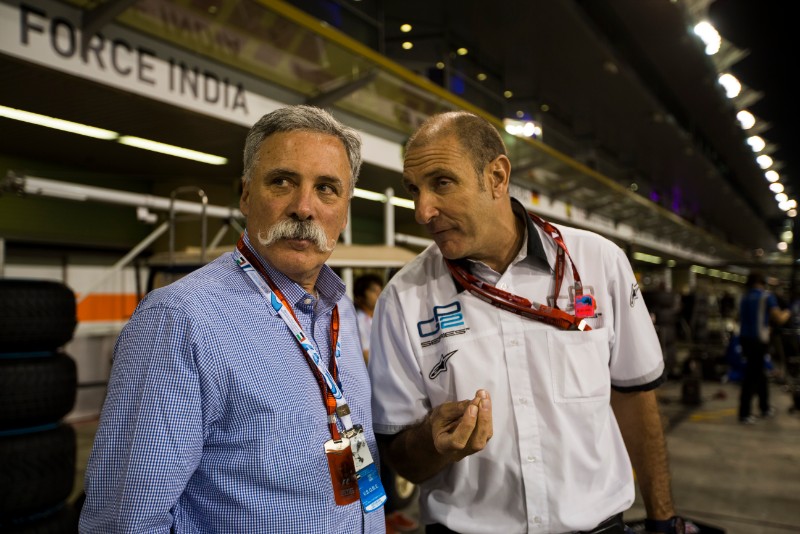 Volkswagen decides against supplying engines for the new FIA F3, as well as halting production of further European F3 units, but pledges to continue technical support for existing customers in Europe and Japan through to the end of the year.

Autosport reports that F3V GmbH does intend to continue its championship beyond 2018 with unchanged format. Negotiations take place between the FIA and F3V GmbH on the homologation and superlicence status of the Dallara F317 chassis beyond 2018. Teams show interest, but also propose cost cuts for feasibility.

F3V GmbH makes its continuation plan official with a brochure handed out to all past and present European F3 teams. A few days later Mick Schumacher takes his first win in the championship, starting a run of success that ires some competitors and raises questions about the engine equality formula.

Bar the infrequent WMSC decisions, little info is distributed to European F3 teams on the FIA’s future plans for F3, leading to frustrations boiling over in the paddock. The common message from paddock insiders to Formula Scout at the Silverstone round is “we’re in the dark”, and continued uncertainty leads to delays in preparations for the following year’s campaigns. Below are the thoughts of one team boss at the time.

I’m very sad that after 47 years F3 will be over next year. The rest, it’s just waiting. Everyday we hope to get some news, but we get nothing. I’m sorry I can’t help you. It’s really ridiculous, but that’s the way it is. It’s really frustrating. It’s no use blaming somebody, although there is only one party to blame and that is the FIA, but everybody’s careful not to blame the FIA too much. It’s a very unpleasant situation.

EF Open announces that it will open up its regulations to allow Mercedes and VW engines from 2019 onwards, bringing it in line with European F3. Shortly after the GT Sport-organised championship unveils a provisional calendar for the next year, the first F3 championship to do so, and commits to the existing Dallara chassis through to at least 2020.

GT Sport CEO Jesus Pareja also details to Formula Scout the long-term plan for EF Open, which includes a engine equality index that would improve reliability, several cost-cutting measures, the support of the engine manufacturers and their tuners.

A proposal for Dallara to build a new for 2021 which continues the ‘spirit’ of its current F3 chassis is floated, and later in the year is revealed to be an avenue F3V GmbH and Japanese F3 are also looking at.

The 2019 FIA Formula 3 entry list is revealed, with three of the European F3 teams included. On the same day, F3V GmbH reveals a 2019 calendar for its championship that runs alongside the DTM at every round. This means races at Pau, Silverstone and Spa-Francorchamps are lost. A return to former F1 venues Brands Hatch and Zolder and the Assen circuit in the Netherlands take their place.

Regional F3 has been rolled out with varying success in Asia and America, and Italian F4 regulator Automobile Club d’Italia wins the rights to the European championship, bridging a gap between F4 and the new F3 for a cheaper cost than F3V GmbH series.

Renault’s 2.0-litre championships, often used as the bridge between F3 and F4, come to an end even though Renault loses the bid for Europe’s regional F3 championship. 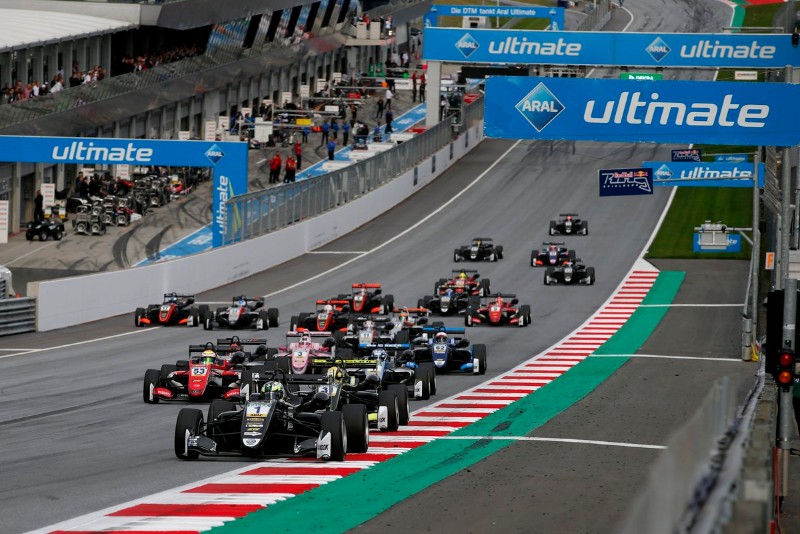 After being snubbed by the FIA for an entry to the new FIA F3 Championship, Motopark sets its eyes on Japan with a dual campaign in Super Formula and Japanese F3. At the end of the year Carlin follows suit, collaborating with an existing Japanese team like Motopark.

A horror crash at the Macau Grand Prix for Van Amersfoort Racing’s Sophpia Floersch, in which she fractures her spine, raises questions over the safety of both the Dallara F317 chassis and the Guia Circuit.

VAR boss Frits van Amersfoort commends the strength of the car, but videos circulated of the crash feed a wave of opposition, further complicating the decision on which regulations the 2019 grand prix should run to.

Understandably such a crash also has a knock on attracting sponsors thereon, especially when the new FIA and regional F3 cars feature halos.

EF Open saves the Pau Grand Prix by adding it to its 2019 calendar, a major coup for the series. 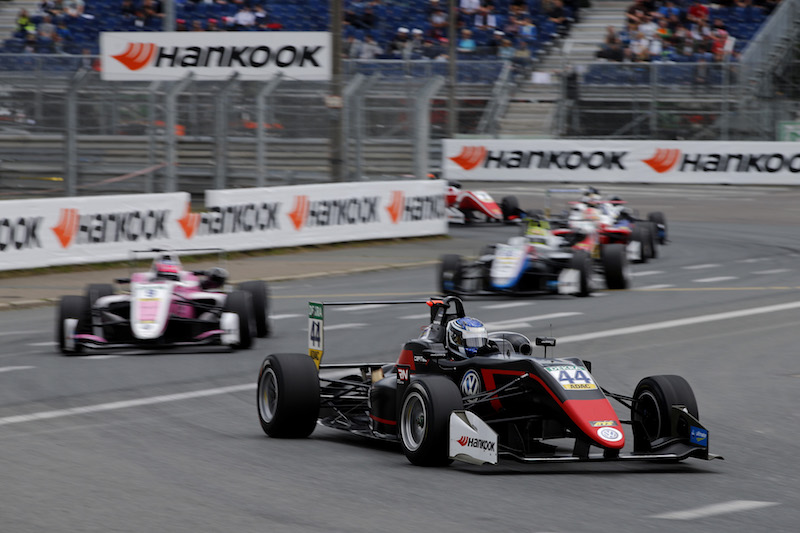 F3V GmbH settles on the Formula European Masters name for 2019 and receives a boost from the FIA when it chooses to award the champion 25 superlicence points, just five short of what the new FIA F3 awards and equal to Formula Regional European Championship (the name for Europe’s primary regional F3 series) and Super Formula.

This is the greatest sign that FEM is in a strong position for 2019, as the rival EF Open series only gets 10 points for its champion, two less than F4 champions and eight less than what Eurocup is given.

Berger secures an enviable prize package for FEM, with the top three in the standings being handed spots in the DTM’s annual ‘Young Driver Test’, with the best of the trio getting a free race outing.

A long-discussed sweetener becomes official as FEM scraps European F3’s winter testing restrictions. There are still only two drivers signed up though, two more than rival EF Open, but one is using it as a secondary programme to FIA F3.

There are only four drivers apiece aligned to FEM and EF Open, with over 20 already committed to FIA F3 and 10 for the new-look Eurocup. One of FEM’s quartet is Toyota Racing Series champion and Red Bull junior Liam Lawson, while EF Open had double amputee Billy Monger lined up for its Winter Series.

Rival championships continue to attract drivers, and start pre-season testing, while the FEM entry list only grows to six.

With three days to go before FEM’s first scheduled test at Misano, Formula Scout breaks the story on F3V GmbH’s decision to bring an end to the championship.

The cancellation is made known to the press prior to the drivers, causing some acrimony for those headed to Misano.

Red Bull-backed Motopark duo Lawson and Yuki Tsunoda already have FIA F3 seats lined up, but it is understood that the team is already planning to bring its trio of drivers across to EF Open, with a similar plan taking place at Fortec for Cameron Das and Calan Williams. 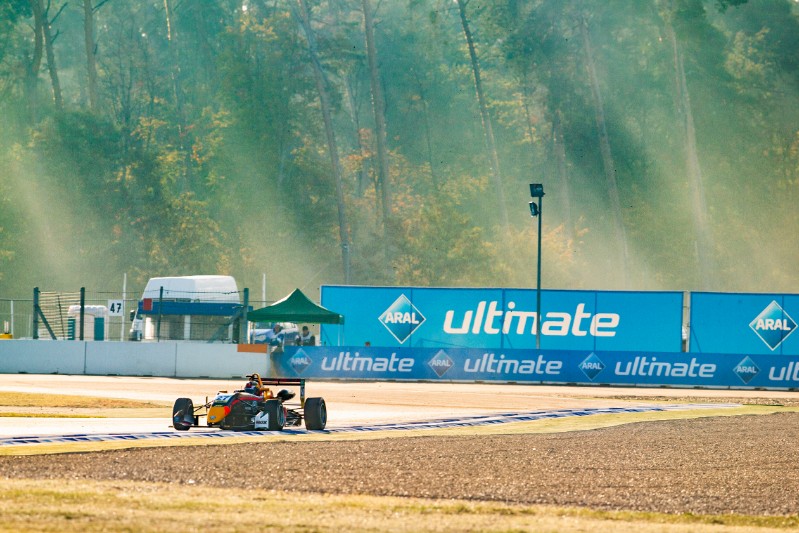