Despite racing for a less-favoured team and being in his first full season of GP2, Stefano Coletti has won three times so far this year…

After winning the European ICA Junior category in karting in 2004, Stefano moved into single-seaters in 2005 in Formula BMW ADAC in Germany. He finished a lowly 18th in the standings. He remained in the category for 2006 and improved vastly as he scored one win and three other podiums on his way to seventh in the final standings. He also finished third in the Formula BMW World Final event at Valencia at the end of the year. He took part in four races in Formula BMW USA, winning three of them. 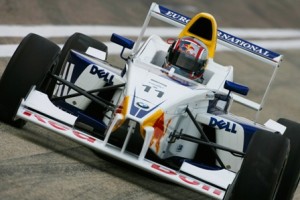 In 2007 Stefano contested the Eurocup and Italian Formula Renault championships. In the Eurocup he scored one win and finished fourth in the standings. In the Italian series he took two wins, both at the Misano round, and finished tenth overall.

Stefano stepped up to Formula 3 in 2008, racing in the Euro Series. He began the season with Signature-Plus, was left the team after two rounds having been dropped by Red Bull’s Junior Team programme. He returned to the series at the fourth round with Prema. He scored three top ten finishes with a best result of fourth, ending the year 20th overall. 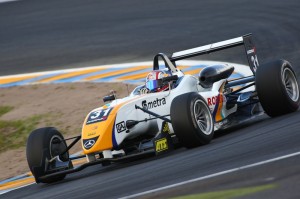 Stefano remained in the Euro Series in 2009 with Prema, and won the opening race of the season at Hockenheim. He finished third in the first race at the Norising, the third meeting of the year, but was then excluded after hitting race-winner Jules Bianchi after the podium proceedings. He only scored one further podium that season and finished tenth in the standings. He did finished third at the F3 Masters event at Zandvoort.

Stefano made his GP2 debut at Valencia in August 2009, signing with the Durango team. After retiring from both races there, he then crashed heavily at Eau Rouge at the end of the first race at Spa. After writing off the car he was due to be the team’s only driver at Monza, taking over teammate Nelson Panciatici’s car. However he was still suffering from the injuries he sustained and the team was forced to withdraw. The team did not contest the final race of the year at Portimao, either.

In 2010 Stefano contested a full season of Formula Renault 3.5, scoring five podium finishes and coming fifth in the final standings. He also joined the new GP3 Series after the first round of the season. He finished ninth in the standings after two podium finishes. 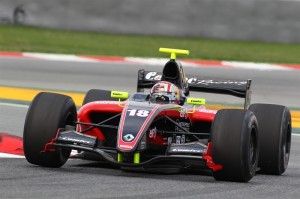 Stefano had a solid if unspectacular 2010, racing in both FR3.5 and GP3. Photo: stefanocoletti.com

Stefano returned to GP2 for 2011 with Trident Racing. In the four-race Asia Series at the start of the year he won once in Abu Dhabi, scoring the team’s first GP2 win since Monaco in 2008, and finished fifth in the standings. He continued that form into the European campaign, winning the sprint race at the opening round in Turkey. He scored another victory in the sprint race in Hungary, coming through from 21st on the grid in chageable weather conditions.

Talent rating: Stefano has shown promise at stages throughout his career, but has been unable to convert any of this into consistent results. Consistency remains an issue in GP2, but he has still picked up three wins with a team usually found towards the back of the field. Only runaway series leader Romain Grosjean has won more races in 2011. 6/10

Chances of getting to F1: A move to a front-running team in GP2 could allow Stefano to be a title contender. If he can achieve that then, with a bit of financial backing, F1 could certainly be a possibility. He would become the first F1 driver from the principality since Olivier Beretta in 1994. 6/10 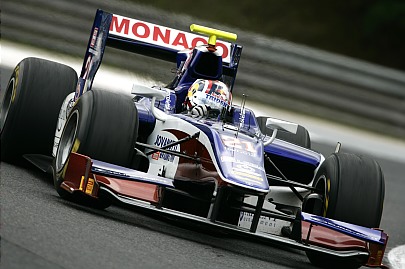 On the reserves bench: Luiz Razia