After a slow start to a GP3 season where he began as the favourite, Williams reserve Valtteri Bottas kick-started his title challenge with victory at the Nurburgring last weekend…

Valtteri began his single-seater career in 2007, racing in the Formula Renault Northern European Cup and finished third in the standings with two wins. At the end of the year he contested the Formula Renault UK Winter Series and won three of the four races, but could not be crowned champion because he did not hold an MSA-registered licence. 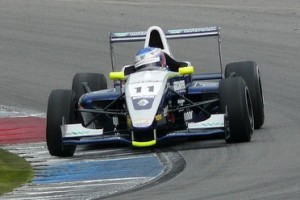 Bottas won both of the Formula Renault championships he contested in 2008. Photo: Thijs Bekkema

In 2008 he continued in the NEC, switching from the Korainen Bros team to Motopark Academy. He dominated the championship, winning 12 of the 14 races he contested in the 16 race season. He also took part in the Eurocup with Motopark Academy, where he also won the title. He won five races to pip Daniel Ricciardo to the crown.

For 2009 Valtteri moved up to the Formula 3 Euro Series, driving for the crack ART Grand Prix squad. He scored six podiums and two pole positions to finish third in the standings as top rookie. Though he didn’t win a Euro Series race, he did win the prestigous Masters of F3 event at Zandvoort in June. 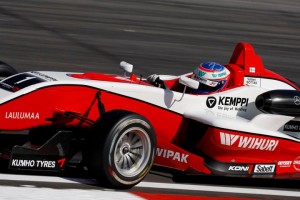 At the beginning of 2010 Valtteri was signed by Williams as their test and reserve driver. He remained with ART in F3 for a title crack. He and ART suffered from a disappointing season, Valtteri only managing to win two races and finish third overall, as Edoardo Mortara ran away with the title. He did win the Masters again at Zandvoort, becoming the first driver to win the event twice.

Valtteri has switched to the GP3 Series in 2011, remaining with ART. Despite starting the season as the favourite he had a slow start to the season, with just one podium finish from the first half. He picked things up at the Nurburgring though, finishing third in the first race and then winning the second. He lies just ten points off the standings lead in sixth place.

Talent rating: Valtteri shone in 2008 with his double Formula Renault crown. He then impressed again with his maiden year in F3. Last year was tougher, as has been the first half of 2011. However, the talent hasn’t just disappeared overnight and he remains a top prospect. 8/10

Chances of getting to F1: Valtteri’s performances in his early career made F1 bosses take note, with Williams signing him up. That deal means he has his foot in the door already, but he needs to progress to GP2 and impress there before he can make the step up. 8/10 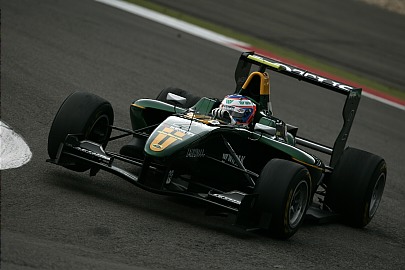