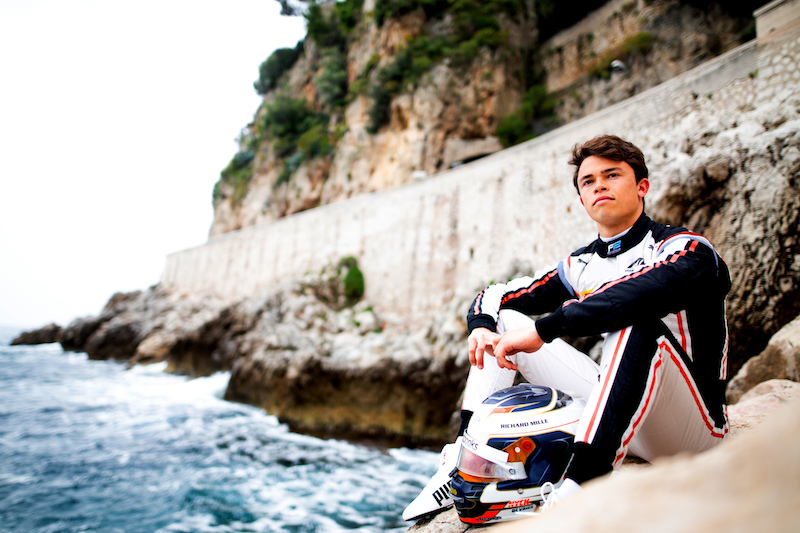 McLaren was still Lewis Hamilton’s domain when Nyck de Vries was signed up to its young driver programme in early 2010.

Indeed, he was the hot property snapped up to follow in Hamilton’s footsteps, signed from under the noses of Ferrari and Red Bull. He even had Hamilton’s father brought in as his manager.

The 14-year-old was already the European champion in KF3 karts, and was bound to be the young and exciting talent that would unlock the Netherlands’ feverish attitude towards motorsport and Formula 1.

Two world karting titles later that still looked the case, with de Vries even gaining McLaren partner Lucozade as his primary sponsor. Watching and learning from a title-winning F1 team was bound to translate into a seamless transition into single-seaters.

When you inject F1 into a young driver’s career though, and remove the influence of their father, politics inevitably follow suit.

McLaren organised tests with three Formula Renault Eurocup teams, and pushed de Vries into signing with sophomore squad R-ace GP for 2012. It had connections with ART Grand Prix’s Frederic Vasseur, whose run of success with the young Lewis Hamilton meant he was friends with McLaren’s then-team principal Martin Whitmarsh.

De Vries wanted to drive for a rival team, citing the weak form shown by R-ace GP in its first season. McLaren won the argument, and the 17-year-old started preparing for car racing.

“He was very professional already. More professional than anyone else at that stage,” R-ace team principal Thibaut de Merindol recently told Formula Scout.

“I think he got that from karting. And it made a big difference for him in his first year in Formula Renault.” 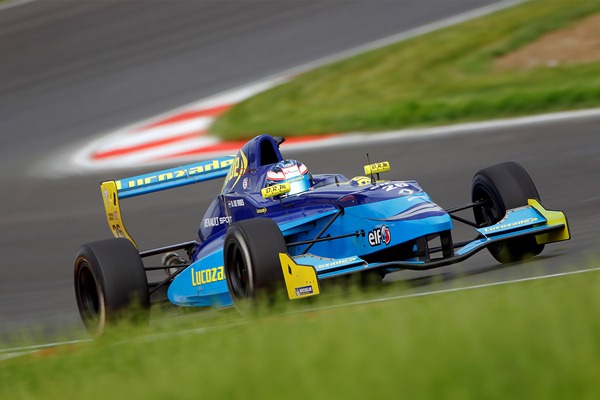 Two podiums and just four other points finishes was enough to put him fifth in the Eurocup standings, and best rookie. He did win in the less significant Northern European Cup, a decent return in McLaren’s mind, and had established his voice enough to move to Koiranen GP for his second season.

He did not believe R-ace GP was “ready enough for him to fight for the title in 2013”, a statement that the then-inexperienced team admits now. Switching teams may have been a mark of maturity, but de Vries was fifth again in 2013.

In the first eight races with what was a new Tatuus car, he finished no higher than seventh, prompting Koiranen to call in its GP3 race engineer Jan Sumann to assist. Whether it was a case of driver or team deficiency prior, the results immediately improved. There were five podiums in the remaining six races, including two wins. In that spell, he outscored the championship’s illustrious top three of Pierre Gasly, Oliver Rowland and Esteban Ocon.

But this coincided with McLaren’s F1 decline, and the repercussions of that had a direct impact on de Vries again. Lucozade were among a number of sponsors to flee the team. A FR3.5 test got hijacked by a call from the team, and de Vries became a pawn in former McLaren boss Ron Dennis’s fight to take back control from Whitmarsh.

Having pushed the move to Koiranen in the first place, de Vries’s second season there in 2014 was McLaren’s decision, and one he couldn’t refuse.

Sumann’s introduction coincided with the only points finishes for Koiranen’s other Eurocup cars, and it was pushing for the German engineer to focus on its underperforming FR2.0 team. Retaining de Vries proved to be the deciding factor.

While McLaren’s F1 form improved, the situation behind closed doors did not and it took a mental toll on de Vries, now 19. He successfully managed to separate it from his work on-track, impressing Sumann, and they dominated the Eurocup and Alps series. 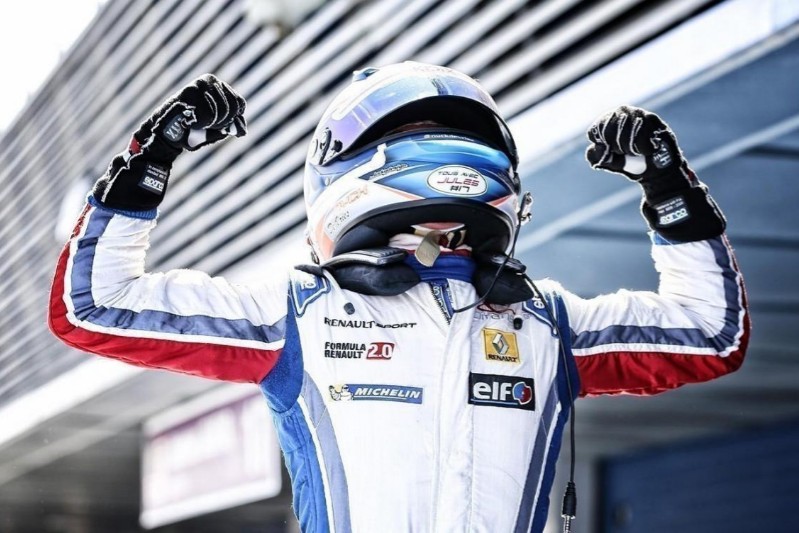 “He was [very mature]. He had already been at a F1 team for a long time, so he was very meticulous in his preparation and incredibly organised for a kid,” Sumann told Formula Scout.

“We got on really well. Not just because of the success, but also as a person I really enjoyed working with him.”

As Eurocup champion, de Vries moved to FR3.5 for 2015. Once again his team preference was rebutted. He coupled consistency with one win, enough to beat DAMS team-mate Dean Stoneman and take third in the standings.

The troublesome Honda partnership proved crucial in supporting McLaren’s finances as it started to lose favour with sponsors, but the budget only afforded de Vries a downward step for 2016. It’s at this point where not only his reputation and career momentum stuttered, but almost stopped entirely.

A move to GP2 was denied, despite Racing Engineering boss Alfonso de Orleans-Borbon’s keen interest, as the Spaniard admitted when he finally signed de Vries for a half-season in 2017. Instead, he would go to GP3 with ART. A strong team undoubtedly, but one that was geared around the coming man, Charles Leclerc, whose manager Nicolas Todt was still a co-owner at ART.

De Vries was outperformed by not only Leclerc but also by his own former karting rival Alex Albon, who had graduated from Formula 3 with no pressure or expectation. Even raw European racing newcomer Nirei Fukuzumi was sometimes ahead.

Only on three occasions was de Vries the lead ART driver in a race, and when he was fastest at the Hungaroring he ended up losing his pole spot to an engine problem, caused a scary crash in the first race and scored zero points. 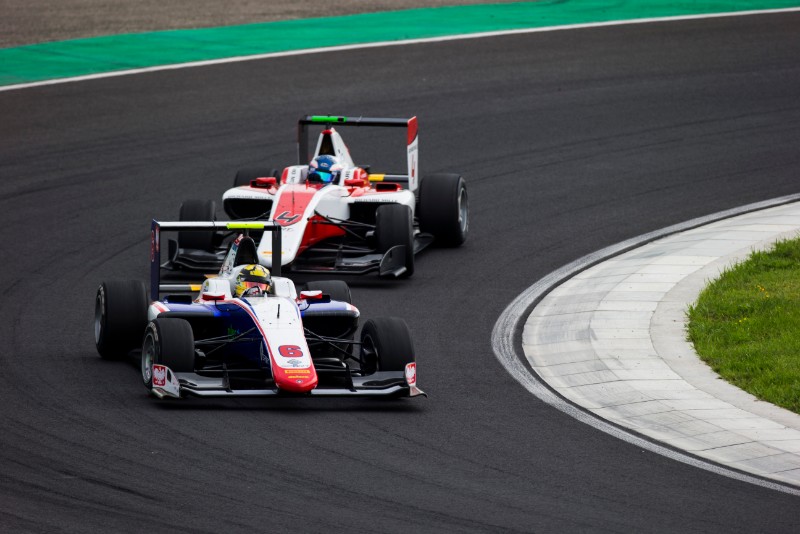 Although retained by McLaren, the F1 dream looked all but over until de Vries secured a F2 seat with Rapax. The Dutchman spent much of his karting career in Italy, and should have been far more comfortable returning to a culture he liked. He made it clear to McLaren, now led by Zak Brown (who promptly recruited his own protege in Lando Norris) that racing would take priority over his F1 simulator duties. A committed, but not necessarily rewarding approach in hindsight.

With a Rapax team that was struggling to survive, de Vries won in Monaco in 2017, and took podiums in Baku and at the Hungaroring before switching mid-season to Racing Engineering. He was seventh in the points, six places behind Leclerc.

He therefore went into 2018 still with a lot to prove, having not been a regular race-winner in four years, and McLaren continued to scale back its support. Alongside his simulator work, de Vries pursued work in the DTM and Formula E as career back-ups. In fact, he became very close to racing in both.

Despite joining reigning F2 champion team Prema for 2018, de Vries’ results didn’t improve enough to become a title threat. There were frustrations, alongside dominant Hungaroring and Spa wins, and telling the local press he was ready for F1. McLaren boss Brown suggested otherwise.

There’s two ways of looking at de Vries’ career so far, and whether he’s been the victim of circumstance, or a incomplete driver in a elite category with higher standards. 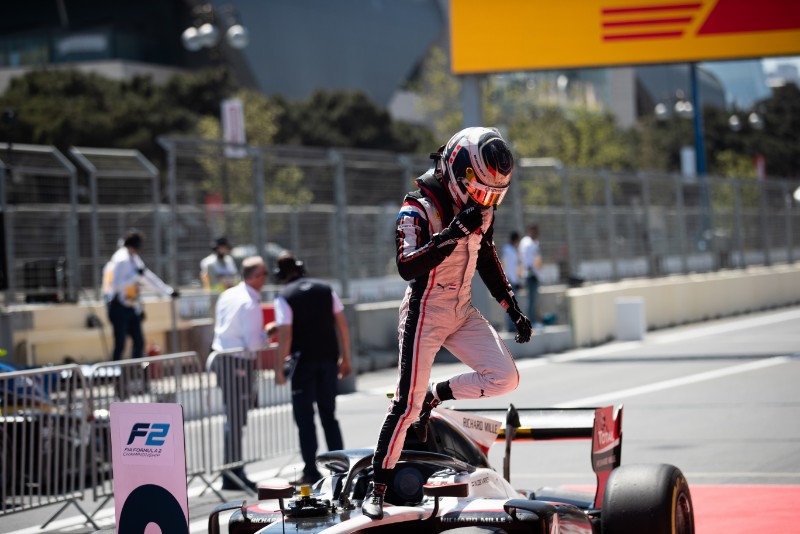 With the continuous commendation Fernando Alonso received for sticking with a ailing McLaren in F1 in mind,? it’s quite possible that it’s only so long that you can block out the difficulties at Woking (a constant through de Vries’ years of early adulthood) before it starts effecting on-track performance for the worse.

De Vries left McLaren ahead of this season, and since he’s been public on his departure last month, he’s been on stellar form. Coincidence?

He qualified fourth at Barcelona, where he had been ominously quick in pre-season testing on his ART return, and finished fifth. From the same grid slot he came through to win the reversed grid race, and followed that up in Monaco with a dominant victory off the back of a breathtaking pole lap, although very nearly ended his race in the barriers on the first lap. Just two points separate him from the championship lead.

McLaren may have funded some of his career, but while de Vries has had to handle the pressure and expectation that comes with being an F1 junior, he arguably hasn’t benefited from the same strong support as many of his peers. He has talked about his pride of “surviving” the last few years, and that commitment may be rewarded with a rumoured Mercedes simulator role.

The alternative view is that as much as de Vries says Norris is no better than him, the results disagree and that’s what counts. His failure to feature in a title fight beyond his dominant Eurocup season means there are too many unanswered questions about the 24-year-old’s ability.

The Monaco win answered some critics, but de Vries has always shone at the street circuit, and a F2 ‘purple patch’ means nothing more for F1 readiness than his back-to-back feature race wins at the Hungaroring and Spa last year. Added to that, this year’s F2 grid is no match for its predecessor.

By sticking to his F1 dream for so long, de Vries has let slip some full-time roles elsewhere – although he does have a 2019-20 World Endurance Championship deal penned down – and his frustration at progressing slower than his former rivals has surfaced with increasing frequency.

De Vries’ standout traits from his early career have become less significant as he’s been pitched against opposition equipped with the same attributes.

The most telling detail though is that despite his nine years with McLaren, de Vries’ has never tested a modern F1 car. Only extending his Monaco form through the rest of the season is likely to put that right. 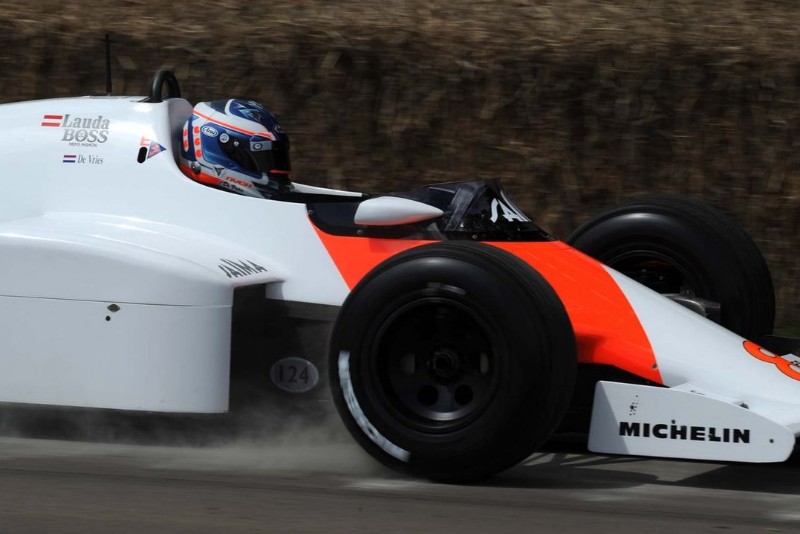