Already sponsored by Red Bull, this young German has now launched his career with glory in the new Formula BMW Talent Cup having dominated its heats throughout the year…

Stefan enjoyed a rather modest karting career, finding some success in the Easykart category but never racing at the highest level. At the end of 2010 he attended the scholarship course for the new Formula BMW Talent Cup. He impressed the instructors and won the scholarship, allowing him to take part in the 2011 season free of charge. 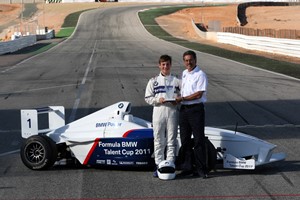 During the course of 2011, Stefan won all but two of the heats. Then at the Grand Final at Oschersleben in support of the DTM he took pole position and won the race. That won him a fully-funded season by BMW in the German F3 Cup for 2012.

Shortly after the start of the season Red Bull offered him a sponsorship deal, and their logos appear on the Bavarian’s helmet and cap. Sebastian Vettel, incidently, was Formula BMW ADAC champion 2004 and received support from both BMW and Red Bull on his way to F1.

Talent rating: Stefan’s entire domination of the season shows his talent, though we cannot be certain as to the level of competition that he was racing against. Stepping up to F3 for only his second season in cars and at just 16 will be a challenge, but will set him up well for the future. It will also give us a proper idea of just how good he is. 8/10

Chances of getting to F1: A strong season in 2012 could see Red Bull increase their support and make him part of their formal Junior Team programme. And that’s if they don’t do it for next year of course. His chances of making it will of course depend on his talent and how well he can climb the ranks. At 15 though, he’s got time on his side. 8/10 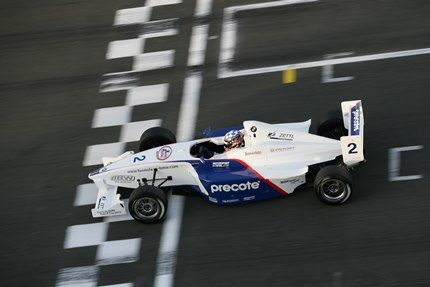