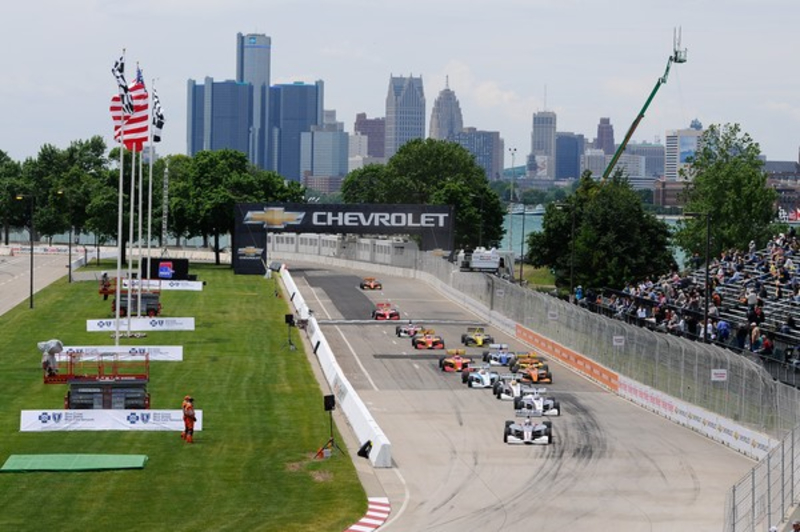 Indy Lights returns to Detroit this weekend for the first time since 2012. Here’s a quick rundown of junior single-seaters’ history in ‘Motor City’

IndyCar and its predecessors have been visiting Detroit for a century, with the first non-championship race taking place in 1905. The city appeared in America’s top single-seater series from 1929 to 1933, then again from 1949 to 1953. It returned in 1957, but didn’t appear again until 1989 at which point it became a mainstay until its aging facilities beckoned an end in 2001.

It made its big return again in 2007, but the global financial crisis hit the city’s automotive industry hard and sank the race until 2012 when it rejoined the IndyCar calendar and has remained (pandemic cancellation in 2020 aside) ever since.

Between 1982 and 1988 the city also hosted Formula 1, and it was with the world championship that junior single-seater drivers got their chance to shine on the streets of Detroit as the Atlantics series (comparable to Indy Lights) raced in 1983.

That dominant form didn’t quite continue, as Moreno crashed out three quarters into the 40-lap race, three laps after Gonzalez exited proceedings with a broken front wing, and it was Alan McCall Racing’s Josele Garza who ended up winning by 1.416s. Also racing that day was future McLaren F1 driver Michael Andretti.

When the Detroit track was used again by CART in 1989, Indy Lights joined the fun and it stayed as the racing switched to current venue Belle Isle in 1992. For 12 years it sat on the support bill, with New Zealand-rooted team Tasman Motorsports making the bumpy and high-speed track its playground with five wins and running the race’s only two-time twinners: Double R Racing founder Steve Robertson and 2004 IndyCar champion Tony Kannan.

Indy Lights skipped visiting in 2001, by which point Belle Isle had become unpopular due to the condition of the track and the support paddock, and it made its most recent trip to Detroit in 2012 when Gustavo Yacaman led a Colombian one-two.

There’s 13 drivers that will be looking to not only win once, but twice this weekend as the series returns with a double-header.

HMD Motorsports’ David Malukas currently leads the points with three wins, while Linus Lundqvist has two and Kyle Kirkwood has one. The closest any of the grid has to circuit experience is Benjamin Pederson, Danial Frost, Nikita Lastochkin and Toby Sowery all raced on a virtual version of Belle Isle in this year’s Road to Indy eSeries. They all had pretty disastrous circuit debuts in the Esports world, although Sowery did rise up the order to be runner-up in the second race.

St. Petersburg is similarly bumpy to Detroit and is where Kirkwood and Malukas in particular excelled back in April, while several drivers have tested at Sebring as a way of preparing for the mechanical brutality that street circuits have to offer. But Detroit is definitely an unknown still, and it could lead to a shake up of the series’ competitive order.

2021 Indy Lights news and analysis
Road to Indy loses Toronto round, adds Mid-Ohio as finale
Why Indy Lights’ return stood out for more than just hype of anticipation
Halo ‘not making a huge difference’ to car setup for Indy Lights teams
The drivers to watch on the Road to Indy in 2021