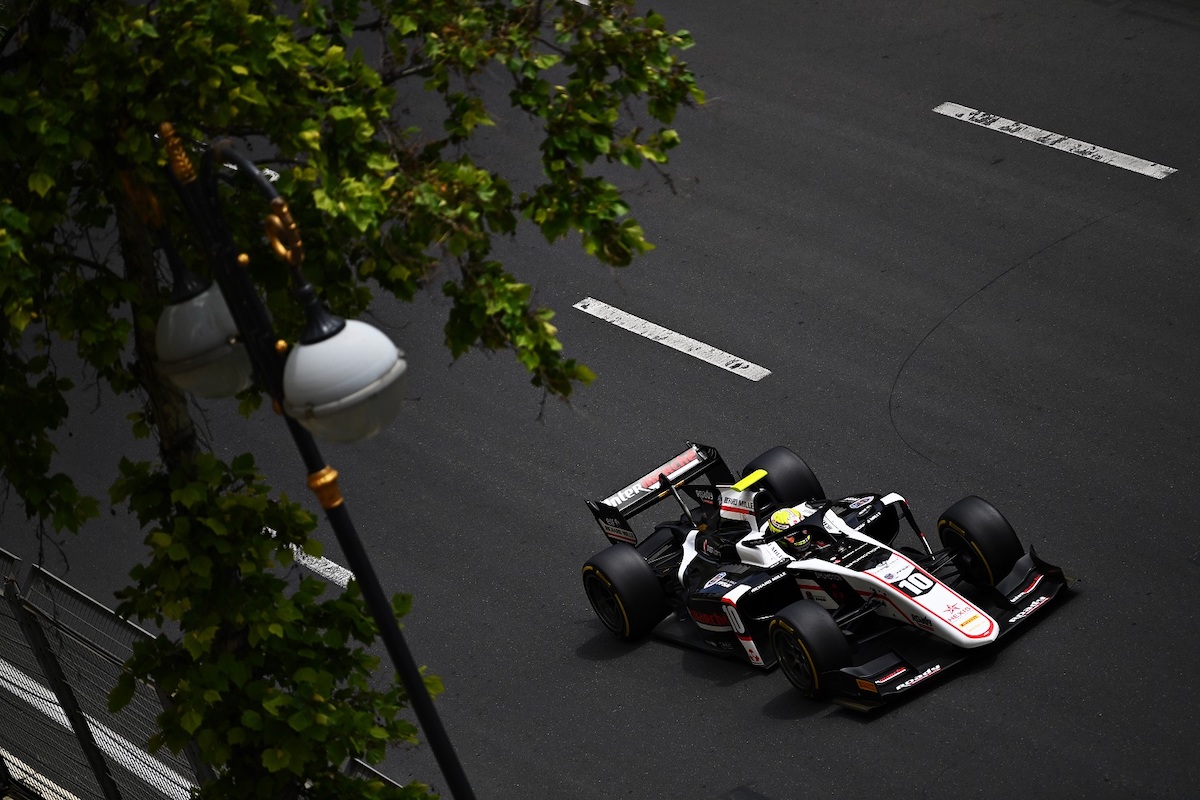 Theo Pourchaire’s participation in the Silverstone Formula 2 round is uncertain because of the arm fracture he sustained in the feature race in Baku last weekend.

Pourchaire was battling towards the front of the field on the opening lap of the Baku race with Carlin’s Dan Ticktum and DAMS’ Marcus Armstrong.

All three aimed for the apex of turn 3, with the trio making contact. Pourchaire was sandwiched, and both he and Armstrong were out on the spot.

Ticktum continued, albeit with a damaged front wing, and a penalty he was highly critical of both on team radio and on social media after the race.

Pourchaire was seen holding his arm on the TV cameras during the race, hinting that he may have hurt it, and received treatment from a nearby hospital in Baku.

On Tuesday the Sauber junior turned to social media to clarify the injury, as well as the severity of it.

“Hey everyone, I just wanted to tell you that I’m fine,” he said. “Yesterday, as soon as the plane landed I went straight into a special clinic in Monaco.

“I have the left radius broken. It is really painful but it’s OK. I have my arm immobilised for four weeks from now, I will give everything to be back soon.

“I don’t know yet if I will be driving in Silverstone but I will work hard and pray to be ready.”

There is a lengthy gap between the Baku and Silverstone rounds, with six weeks between them in a very stop-start F2 calendar in 2021.