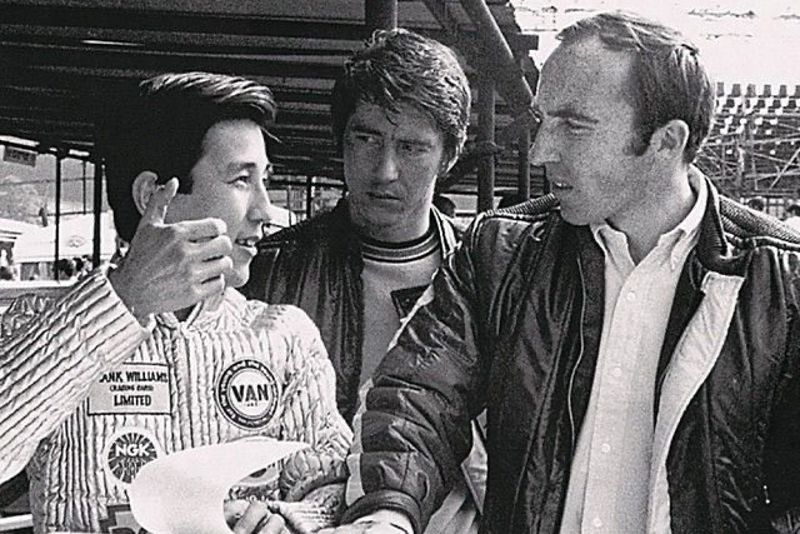 Sir Frank Williams’ two eponymous companies are best known for their Formula 1 successes, but it was in junior single-seaters where his name first made waves in the motorsport world

From 1964 to 1966, Frank Williams was a budding Formula 3 driver who initially ran himself and then drove for Jochen Rindt Racing as he took his career to Scandinavia. After limited success further south in Europe, bar a podium in a club race at Snetterton, he was soon bringing in top 10 results in events like the Valvoline Cup at Ring Djursland (having started from pole), the Prix de Paris at the fearsome oval and public road-combining Autodrome de Linas-Montlhery, and in the Swedish F3 championship.

Things got even better in his second season with Rindt, when he comfortably won the second edition of Sweden’s Knustorp Cup and came third in the Skarpnacksloppet race, as well as fifth in the Helsinki Speed Games and took pole for the Valvoline Cup again – but didn’t get to the final after trouble in the heats.

Running his own cars, or buying and selling them, became of greater interest afterwards and by 1968 the Frank Williams Racing Cars (FWRC) team was active in Formula 2 and F3 across Europe.

Piers Courage came sixth in the European F2 standings in the team’s first season, the highlight of which was second place in the Mediterranean Grand Prix at Enna-Pergusa. Later in the year they took their Brabham BT23C to South America and came third in the Argentinian F2 series thanks to winning the Argentine Airlines Grand Prix, and the Lottery Grand Prix at Monza also went the team’s way as Jonathan Williams (no relation) pipped Roy Winklemann Racing’s Alan Rees and The Chequered Flag team’s Robin Widdows at the line.

Courage came third in the Reims and Albi grands prix that year, the French events not included in the European championship, and a year later he repeated his Reims result and made the podium of the Pau and Limborg grands prix.

The Limborg GP at Zolder was a strong one for FWRC, as Courage was sandwiched between his team-mates Jacky Ickx and Graham McRae. Courage went one better at Enna in 1969, but this time he wasn’t eligible for points in European F2, and then Richard Attwood was runner-up in the F2 class and sixth overall in the German Grand Prix, but as a round of the Formula 1 world championship he wasn’t eligible to score in an F2 car.

There was then a break from F2 for FWRC as F1 took priority, but the team took a hit when Courage died at the wheel in a horror accident during the Dutch Grand Prix.

F2 entries resumed in 1971, with Derek Bell aptly bringing home a podium in the Jochen Rindt Memorial Trophy, after Rindt had been another to die while racing in F1 in 1970, and Pescarolo dominated a non-championship event at Mallory Park.

A return to South America resulted in eighth place in the Brazilian F2 series for Carlos Pace and a Bogota Grand Prix podium in Colombian F2 for Bell, and each claimed strong results in Italy as Pace won the Imola Grand Prix and came third in Vallelunga’s Madunina Grand Prix, while Bell was Lottery GP runner-up.

F2 was scaled back again though in 1972 as funding from French oil company Motul meant resources were not only moved back into attending as much of the F1 season as possible but also designing and building chassis for it in-house.

That also brought an end to FWRC’s time running Brabham cars in F3, where it had also been achieving success and adding a page to motorsport history.

Tetsu Ikuzawa was the first Japanese driver post-war to race full-time in Europe and he was one of Frank Williams’ first inspired hires when he brought him into his F3 line-up mid-season in 1968.

He went on to finish fourth in BRSCC British F3, winning at Brands Hatch, Oulton Park and twice at Mallory with the first of those awarding the Nottingham Trophy. 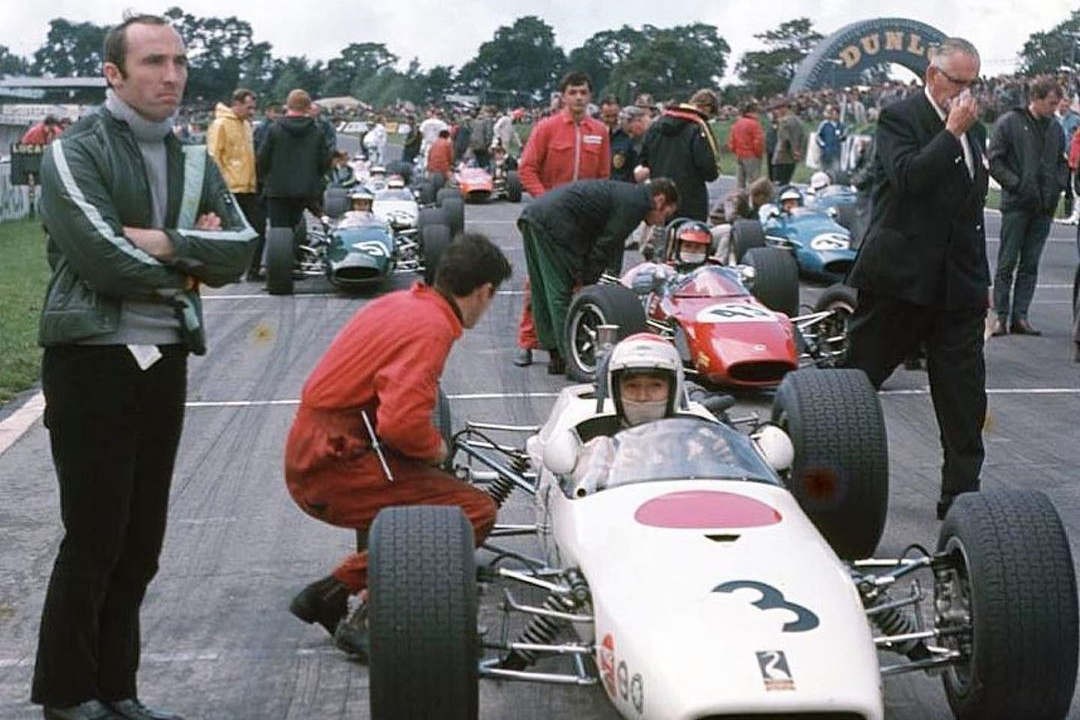 His trailblazing success went beyond the championship, as he won the Martini F3 Trophy at Silverstone, was second in the Zandvoort Trophy and third in the International Speed Cup supporting F2’s Reims GP which Courage made the podium of.

FWRC had a substantial European presence in F3, running Patrick Champin and Jean-Francois Gerbault to seventh and eighth in French F3 and also taking them to Belgium, Italy and Spain while drivers such as Malcolm Guthrie and Richard Burton were signed for races in Finland and Sweden.

Ikuzawa changed teams in 1969, and John Kendall was brought in for part-time campaigns in Britain over the next two years before the workshop space in Reading became fully dedicated to F1.

Walter Wolf bought into FWRC ahead of the 1976 season, but after a year of shared ownership Williams left the company after Wolf had reduced his role in the racing team. For 1977 he and Patrick Head set up Williams Grand Prix Engineering, now known as Williams Racing, and they returned to F1 immediately. By 1980 they were world champions.

In 2009 the Williams name returned to F2, as the FIA revived the moniker for a new single-make series being created. Jonathan Palmer’s MotorSport Vision company successfully won the rights to turn F2 into reality, and enlisted Williams to develop a new car for a series that was to be a lower-cost equivalent to F3 (although marketed as a rival to GP2 and Formula Renault 3.5 hence the F2 moniker) and a step up from MSV’s similarly centrally-run Formula Palmer Audi series.

Palmer had an existing relationship with Williams as he made his F1 debut as a driver with the team back in 1983, and the partnership with Audi from FPA continued into the new F2 series which sat primarily on the World Touring Car Championship support bill and therefore raced further afield than its rivals, going to the Czech Republic and Morocco.

The FPA champion was awarded an F2 test, while the F2 champion each year got a free F1 test drive with Williams. The recipients of these were Andy Soucek, Dean Stoneman, Mirko Bortolotti and Luciano Bacheta.

At the same time, there was behind-the-scenes changes occurring at Williams with plans to publicly list the company to increase its shares value and turn around flailing fortunes both on-track and financially after the global financial crisis.

Toto Wolff had bought into the team in 2009, and he was influential in its increased support of young drivers on an individual basis. Williams had always been known for taking brave but inspired calls on signing rookie drivers, British F3 race-winner Jenson Button in 2000 and IndyCar champions Juan Pablo Montoya and Jacques Villeneuve being superstar-sized examples, and those success stories paved the way for rivals McLaren and Red Bull to take similar risks in the years since.

Nico Rosberg, another Williams rookie-turned-F1 world champion, started working at single-seaters’ top level on the factory floor (now in Grove) and a few years later that integration was formalised as a process with another Nico. His namesake Nico Hulkenberg, who like Rosberg got a first F1 test with Williams after winning the Formula BMW ADAC title, was signed as test driver for 2008 but also was given work experience in various departments of the team.

That process was repeated with Valtteri Bottas from 2010 to 2012, with a GP3 title being won in the middle, and like his predecessors he was promoted to a race seat after serving his apprenticeship on the simulator and in the office.

Bottas was managed by Wolff, who was also married to Susie Wolff who became Williams’ next development driver after seven years in the DTM. She eventually got moved into a test driver position, and Alex Lynn took her old place in 2015.

Lynn had orchestrated his own move away from the Red Bull Junior Team, after just a single year there in which he had won the GP3 title, and represented Williams alongside racing in GP2. Formula Scout understands his role became increasingly simulator-heavy in 2016 as he in-effect started doing F3 development work for Williams’ new test driver Lance Stroll, who did end up dominating that year’s FIA European F3 championship after being fast but erratic the previous season.

It was Stroll who ended up in an F1 race seat in 2017, and there was more support on the simulator side in 2018 when Oliver Rowland was signed as the team’s ‘official young driver’ despite being older than Stroll and team-mate Sergey Sirotkin. 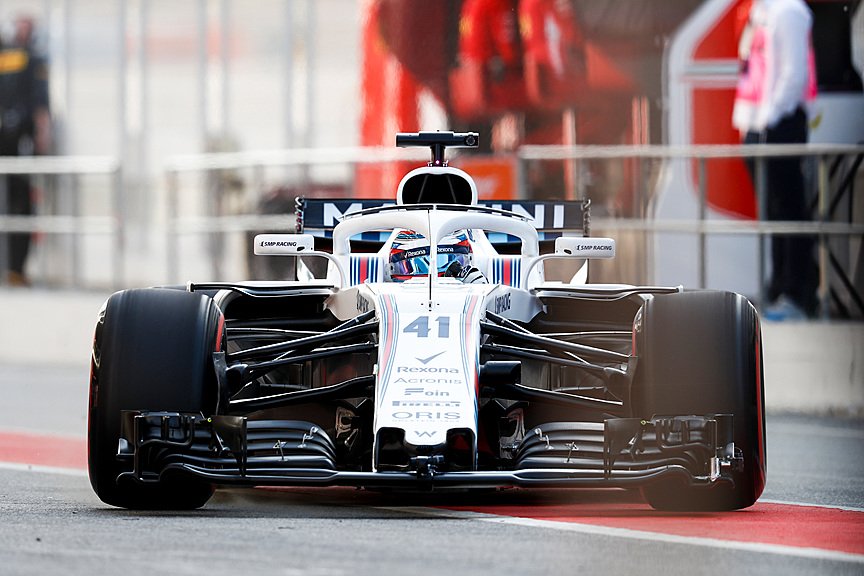 By this point being an affiliated young driver looked very different to how it had for Hulkenberg and Bottas, but Rowland’s signing – given he was light on racing commitments that year – enabled the team to evaluate what worked best for drivers but also the team itself and in 2019 the Williams Driver Academy was created by Marc Harris, husband of deputy team principal Claire Williams and the day-to-day operator of the company after Frank had moved into a more upstairs role in 2013.

Jamie Chadwick was officially the first signing, with Dan Ticktum arriving at the end of 2019 and just a few months after being dropped by Red Bull. His fellow F2 racer Roy Nissany was added not long after, and FIA F3 Championship race-winner Logan Sargeant has recently been signed after Ticktum was dropped for reasons not believed to be linked to an infamous livestream.

During this time Williams has changed ownership, with the family no longer involved in the team, but the signing of Sargeant last month – and the continued support of injured reserve driver Jack Aitken – suggests that Sir Frank’s legacy will continue to be felt in junior single-seaters as well as in F1.