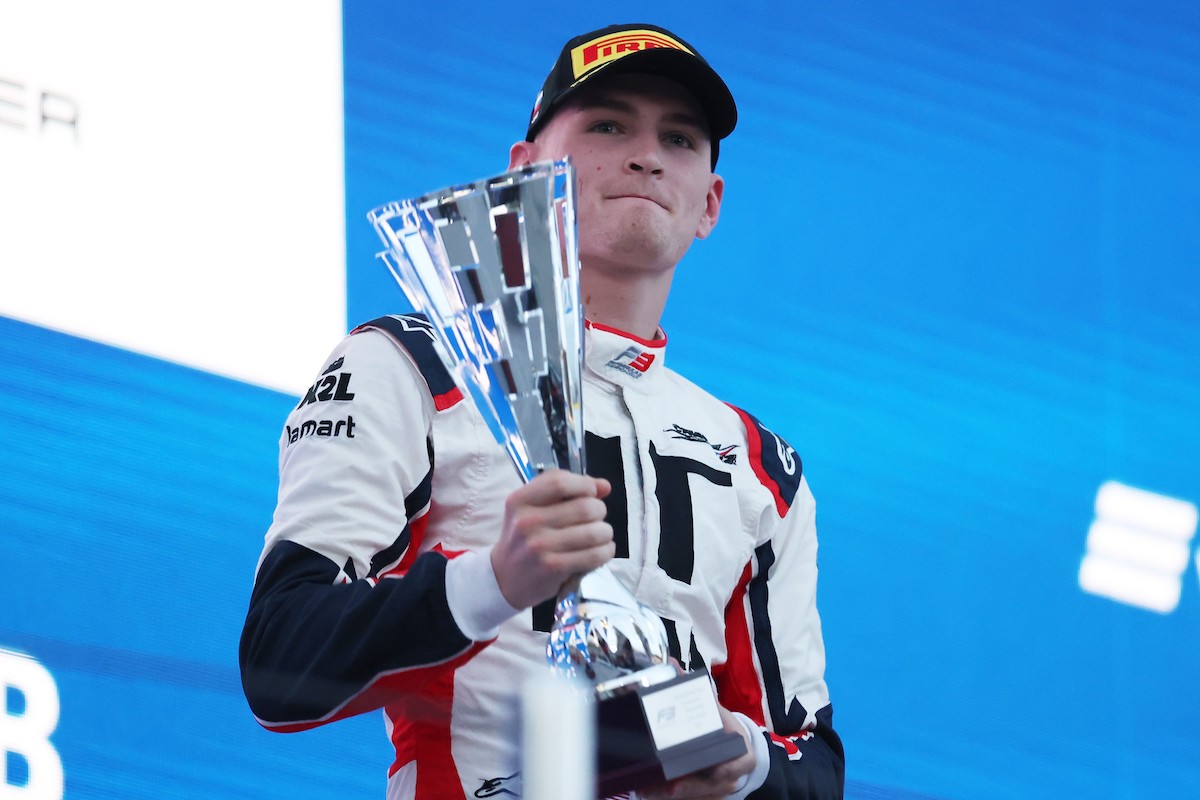 Logan Sargeant, a new addition to the Williams Driver Academy, will make his Formula 2 debut this weekend with HWA Racelab in Jeddah.

The American finished seventh in the FIA Formula 3 Championship this year with Charouz Racing System, having come just short of the title with Prema the year before and and made the Macau Grand Prix podium as a F3 rookie with Carlin in 2019.

Sargeant is taking the place of Jake Hughes in HWA’s line-up, with Hughes having stood-in for the injured Jack Aitken, who himself was a substitute driver after Matteo Nannini left the team’s line-up early in the season.

“We are pleased to welcome Logan Sargeant in our #22 car for the F2 races in Jeddah, Saudi Arabia,” announced HWA.

“The member of the Williams Driver Academy has proven his talent in FIA F3 over the past three years.”

Sargeant didn’t have the budget to step up to F2 for 2021, with his Charouz drive in F3 coming for free, but he does have experience of the Dallara F2 2019 car having participated in last year’s post-season test at Bahrain with Campos Racing.

He has only been confirmed for the three races on the Jeddah street circuit, with a seat still vacant for the F2 season finale at Yas Marina Circuit the week after.

Sargeant would be expected to travel to Abu Dhabi regardless of if he is racing, as the F2 post-season test is taking place at the circuit and the 20-year-old will also likely be working with Williams over the grand prix weekend.