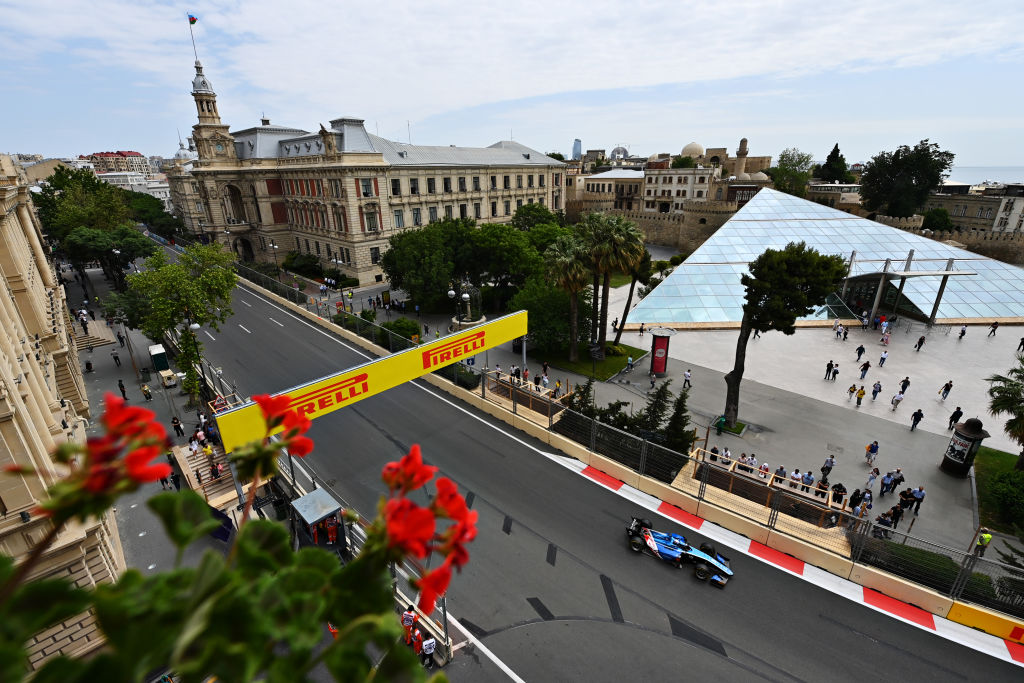 Formula 2 will use Pirelli’s medium and supersoft tyre compounds for the final two rounds of the season next month.

Saudi Arabia’s Jeddah street circuit will be in use for the first ever time when it hosts the penultimate F2 round of 2021 on December 3-5, and is still yet to be finished to secure its FIA Grade 1 license needed to host Formula 1.

This meant Pirelli didn’t have the usual data that would be reviewed when making a decision on which tyres to bring to a race weekend, and because it’s a flyaway round the decision had to made and tyres had to be transported several weeks ago.

The medium (yellow sidewall) and supersoft (purple sidewall) combination, which with a performance step between them adds some strategic variation, was used this year on the Baku and Sochi street circuits, and the supersoft was also taken to Monaco.

Pirelli redesigned its medium compound ahead of the 2021 season for improved graining resistance, a feature which may prove particularly important in Jeddah where the high temperatures will fall as sessions run into the night – when the second F2 sprint race will take place on Saturday and when F1 will be hosting its inaugural Saudi Arabian Grand Prix on Sunday – and the abrasiveness of the asphalt is yet to be determined.

The final sector, formed primarily of esses, has already been highlights as an area which is expected to be particularly punishing for tyres.

While teams do know the conditions to expect a week later for the Abu Dhabi season finale, there have been changes to the Yas Marina Circuit which will increase tyre wear there too as the layout has revised the final sector to bring up speeds – and potentially be kinder to the front tyres but at a cost – while the turns 11-13 chicane has been changed into one banked corner.