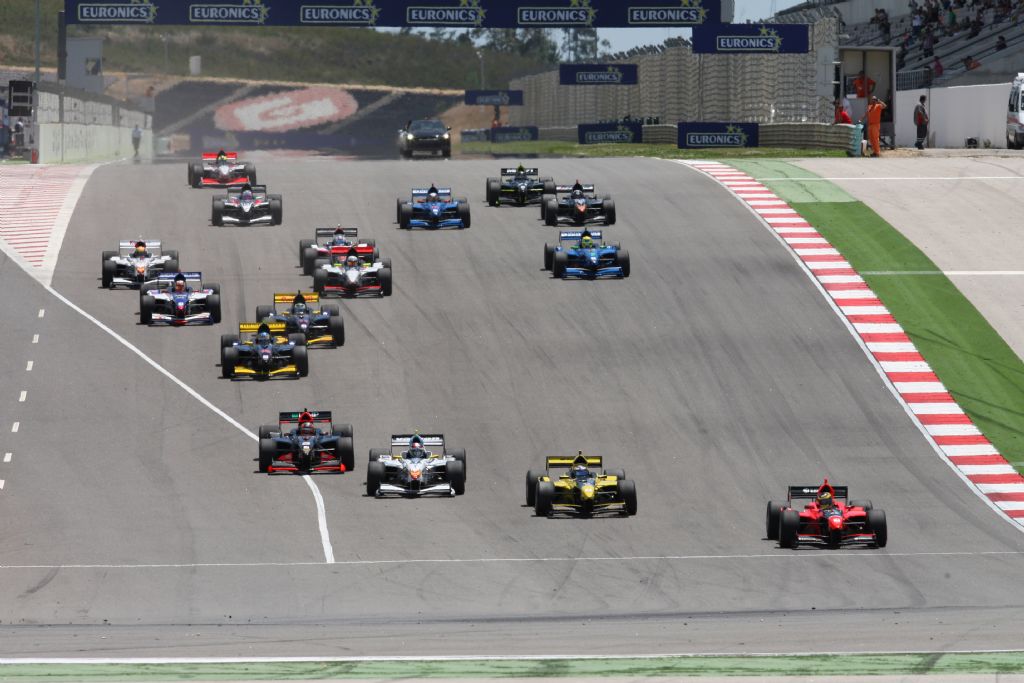 The 23-year gap without a grand prix in Portugal will be ended this weekend, but single-seater racing hasn’t been absent from the country during that time. Here’s a rundown of junior single-seaters’ high-profile visits

Despite being absent from the Formula 1 calendar since 1996, Portugal has maintained an important presence in the single-seater racing sphere that has not only resulted in the success of drivers like Filipe Albuquerque, Antonio Felix da Costa and Alvaro Parente, but also in many aspiring racing drivers from abroad.

Like Pembrey in Wales and Valencia’s Ricardo Tormo Circuit in Spain, the Estoril track in Portugal has been a popular location for private testing for teams from every level of car racing, usually during winter due to winds coming in from the Atlantic warming up the circuit to temperatures that would be comparable to the spring or autumn months for other circuits.

The freedom to use the track during that time – when suitable circuits in other countries would often still be hosting race meetings – has meant it’s been the location of private test debuts for many single-seater debutants. Of course being only 17km away from the most westerly point in Europe and firmly in the south of Portugal makes it an ill-used venue for international championships that usually race in the heart of the continent.

From 1984 to 1996 it hosted the Portuguese Grand Prix, and was one of two permanent venues in the country until the Algarve circuit was built in 2008 – with an eye on hosting official F1 testing with its variety of layouts. But being 13km away from the country’s southern coast limited its race-hosting potential even more than Estoril, although F1 will now be making up for that.

Between the final Portuguese GP and today, there have been 31 trips to the two circuits by junior single-seater series at the Formula 3 level or above, with a 32nd planned for this year never coming off: the return of the F1 grand prix in the pandemic-hit calendar was originally pitched with Formula 2 as a support, with hope of FIA Formula 3 Championship joining too. 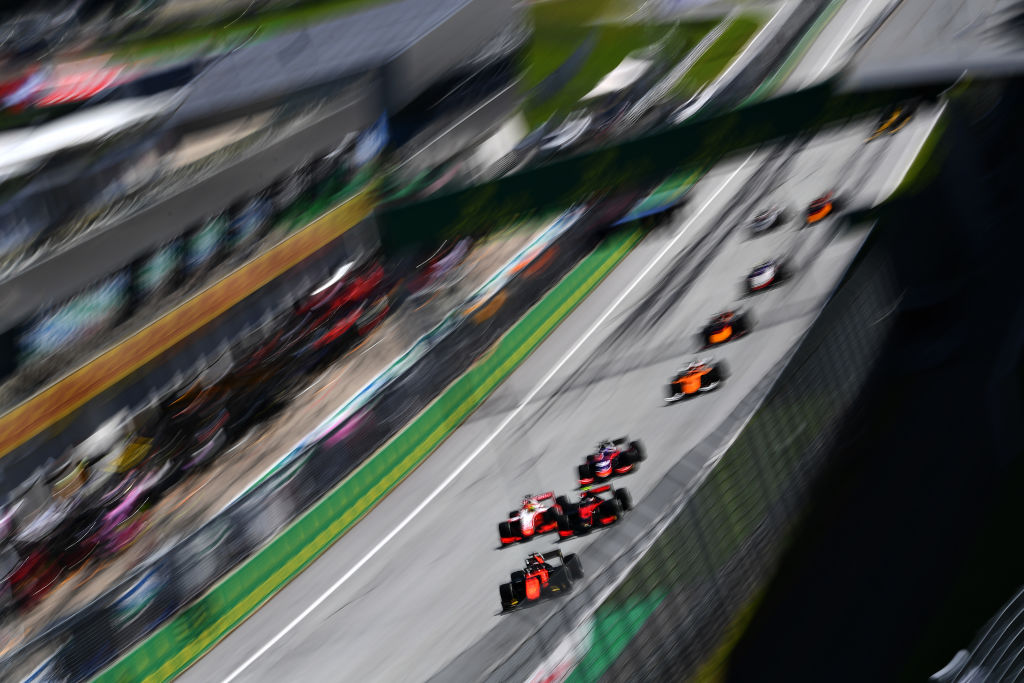 The shortness of the FIA F3 season meant that option instantly disappeared once it was clear the Algarve was going to get an October date, and, despite generous paddock space and a less restricted approach to travel for foreign nationals at the point of negotiations, a solution wasn’t found for F2 and it chose to visit Mugello, Sochi and Bahrain instead.

“They are both very technical. Algarve is a lot of blind corners, so it will be interesting to see with the new asphalt. It’s definitely going to be a big challenge, especially with qualifying, to extract the most out of it. Then in the F1 race, we will see. I don’t see a lot of overtaking places, but for sure it’s going to be really challenging to get the most out of it. There’s a lot of possible lines. It’s the first time that those cars are on the track, so it will be interesting.

“You have to combine what’s the best layout [of Algarve], with the FIA Grade 1 specification, so it’s not easy to combine these two factors. But obviously we want overtaking places, which I’m not sure [are there] at the moment.

“[F2 and F3 as supports] that was the initial target, and that was what the plan was initially. But then the F3 championship finished. It’s a shame, but I mean for us Portuguese we haven’t had F1 since 1996, so it’s 24 years already, people are really emotional about that and really happy to have it back.”

Before it was revived at Estoril in ’84, having been part of the F1 calendar from 1958-’60, the Portuguese GP ran as a F3 race for two years on the Cascais street circuit near Estoril. The first of those was won by BRSCC British F3 champion Rodney Banting for Stockbridge Racing, and the second edition was claimed by Swiss driver Jurg Dubler.

Given the grand prix ran for junior single-seaters back then, why couldn’t it have done after 1996?

“Yeah that would have been good,” adds Felix da Costa. “That would definitely have been really cool.” 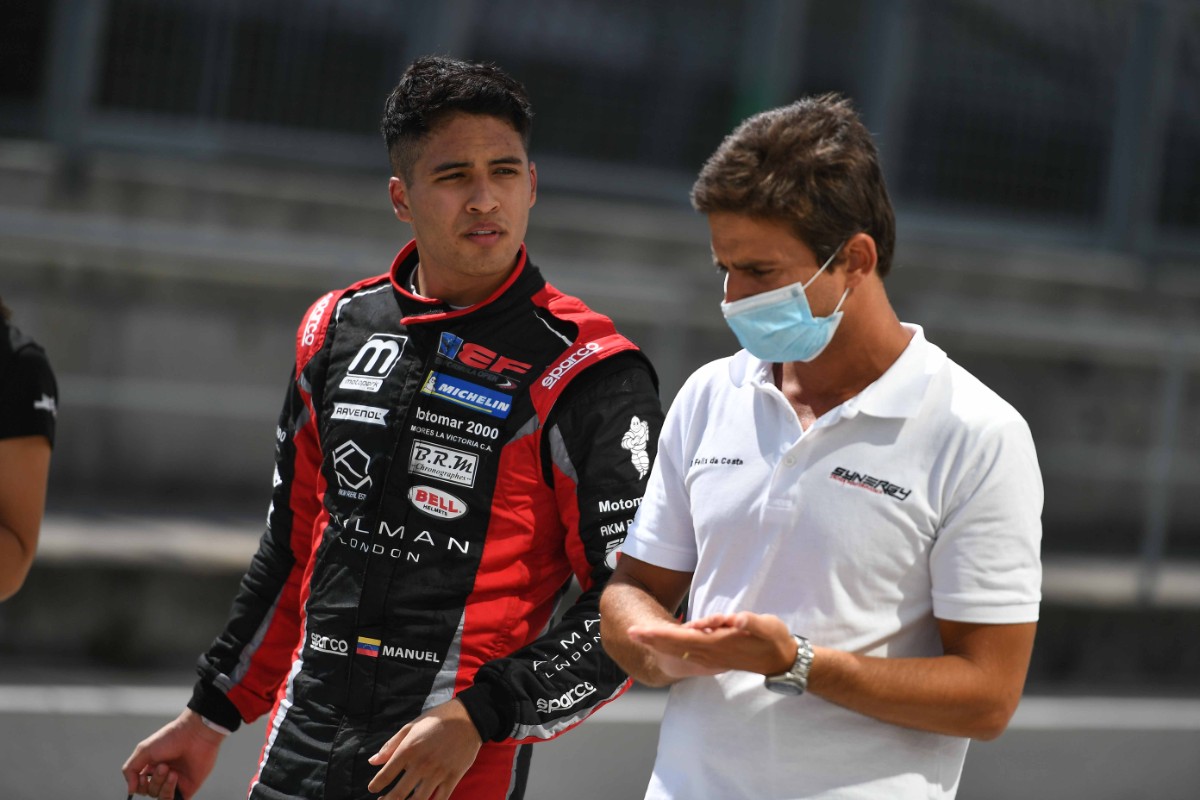 The first big series to return to Estoril after F1 was World Series by Nissan (latterly known was Formula Renault 3.5 and then Formula V8 3.5) in 2001, and Vergani Racing’s Tomas Scheckter – son 1979 F1 world champion Jody – won both of the races there from pole.

The championship didn’t return to Portugal until 2004, by which point it was abandoning its Spanish-based roots. Filling its place was Spanish F3 (now known as Euroformula), which had also visited in 2001. It was the only international presence at the track in 2002 and ’03, with future NASCAR Euro Series champion Lucas Lasserre winning both races in 2002 and future Stock Car Brasil champion Ricardo Mauricio doing the same a year later.

Given there was one driver who went unbeaten at each of these race meetings, it’s fair for Formula Scout to consider them ‘honourary’ winners of the Portuguese GP had that title been attributed to those races.

World Series’ return in 2004 actually had an influence on Portugal’s F1 prospects, as local talent Tiago Monteiro claimed pole for the series’ two races at Estoril and won one of them – with the other going to Oliver Pla. Monteiro was driving for Carlin at the time, and the Estoril round was one of his most convincing of the season as he mounted a title challenge against Pons Racing’s Heikki Kovalainen.

While Kovalainen won the title, it was Monteiro who graduated straight to F1. He found a seat at Jordan, where Carlin boss Trevor Carlin was working as sporting director. How much influence that had on the driver signing decisions – with Monteiro’s F1 team-mate Narain Karthikeyan also being a Carlin alumni – is unknown, but it was a case of being in the right place at the right time as Monteiro claimed Portugal’s first F1 podium in the infamous United States Grand Prix.

Estoril remained on the World Series calendar when the championship was taken over by Renault for 2005, and it was Felix Porteiro and Andreas Zuber who claimed the wins. 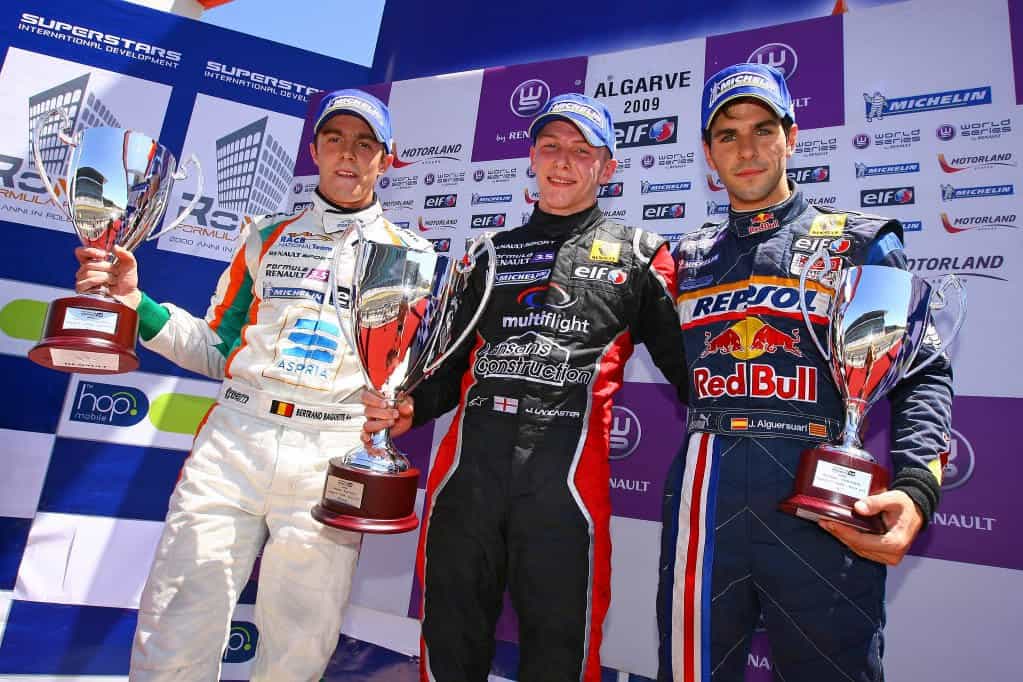 Formula 3000 cars visited in 2006 for a title-deciding four-race round for the International Masters series, and Luiz Razia took a triple win on his European racing debut. The series went to Portugal again in 2007, but at a different ex-F1 venue.

The Boavista street circuit in Porto held the Portuguese GP in 1958 and 1960, with Stirling Moss and Jack Brabham winning respectively, and the roads were brought back into use for racing in 2005. International Formula Master and Formula Ford 1600 supported the World Touring Car Championship on the city streets, and 17-year-old Pablo Sanchez Lopez was the first winner of a single-seater race at the circuit since Brabham’s era-ending success.

FR3.5 held a double-header at Estoril in 2008, but a jumbled order between the two races there makes picking a standout driver from the weekend difficult, while in 2009 both it and GP2 headed south to try out the Algarve circuit for the first time.

Nico Hulkenberg ended his title-winning GP2 campaign by convincingly winning the feature race there, but FR3.5 visited first and it was Jon Lancaster (now driving for Algarve Pro Racing in sportscars) who won the first ever high-profile junior single-seater race at the circuit. Later that day, Jaime Alguersuari claimed his first win, pole and fastest lap in the series – six days after making his F1 debut. British F3 also visited the week before GP2, and the guesting Jules Bianchi was a double winner.

Euroformula followed in switching its Portuguese round to the Algarve for 2011, and opened its 2012 season there. That same year, WTCC visited and brought Auto GP as a support. The series adopted ‘World Series’ branding for that year as it was racing on four continents, and there was a lot of attention on the drivers at the front of the field.

Eventual champion Adrian Quaife-Hobbs had his most complete weekend of the season, starting off with pole and turning that into a dominant win along with fastest lap, then doing the same in the reversed grid second race. At the same he was setting up Pro-Sim, a simulator company which many professional drivers use to learn circuits such as the undulating Algarve. 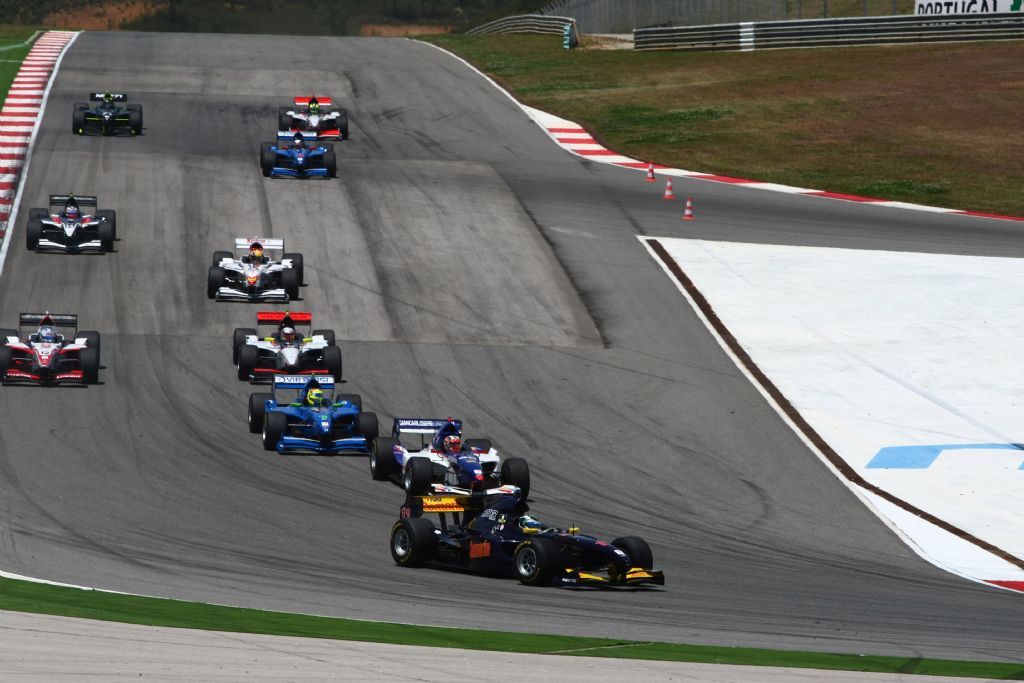 Santiago Urrutia and Ed Jones stole the spotlight when Euroformula was the top single-seater attraction at Algarve in 2013, and it made its last visit to the track in 2014 before Estoril became the more popular destination once again.

FIA European F3’s 2015 trip was Algarve’s last major single-seater meeting, and it was dominated by Felix Rosenqvist. Euroformula went back to Estoril for four years, and Harrison Scott had a notably dominant start to his season at the circuit in 2017, but with teams from the Iberian peninsula exiting single-seaters at all levels it stopped making sense for anyone – besides Spanish F4 – to keep on visiting a country that was still recovering from the global financial crisis.