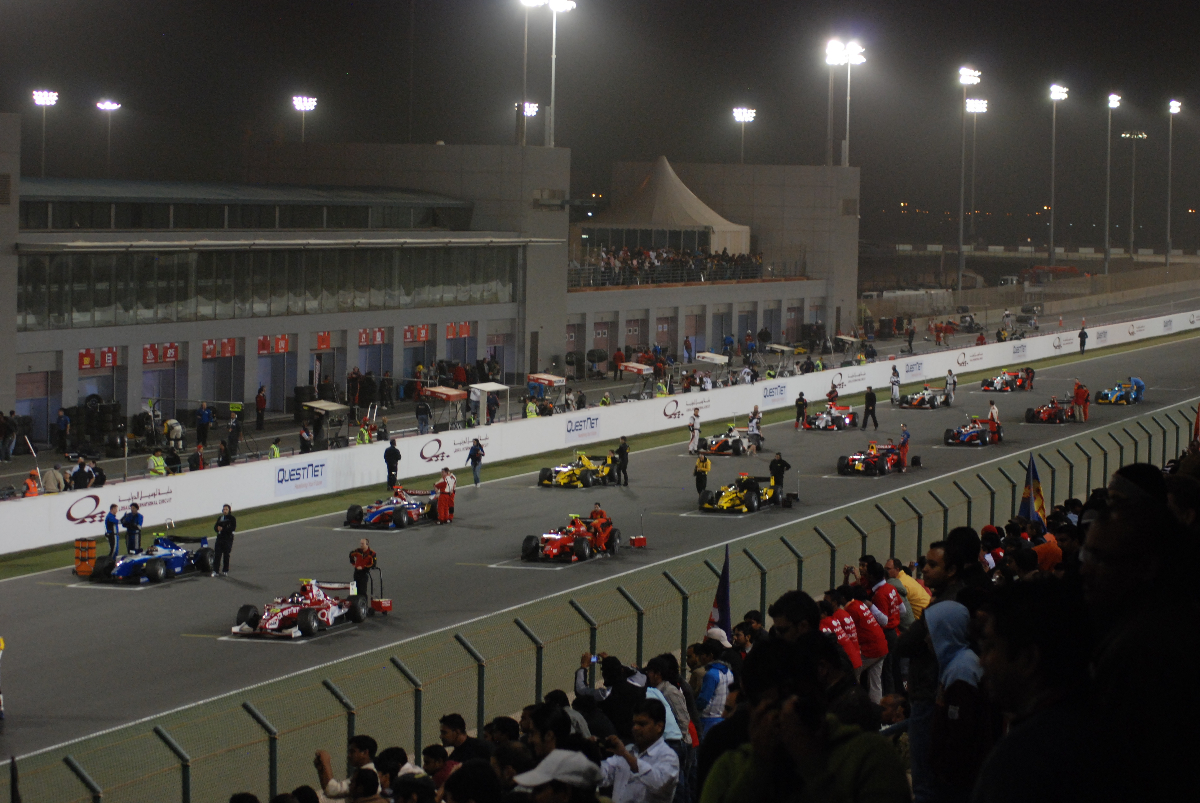 As widely expected, F1 has confirmed that the 20th round of the 2021 season will be held at Losail in Qatar. Though well-known for its MotoGP races, the circuit does have a slice of single-seater history already

The inaugural Qatar Grand Prix will be held on November 21 this year, and will mark a long awaited return of high-spec single-seater machinery to the country. The short-lived GP Masters series ran at the country’s Losail circuit in 2006, with Nigel Mansell taking victory, and MRF Challenge visited in 2014 when current Haas Formula 1 driver Nikita Mazepin was on the grid. But the most recent major single-seater event held at the 5.38km track? Round four of the 2008-2009 GP2 Asia season.

Nico Hulkenberg and Sergio Perez won the races, and the latter is one of just two with circuit knowledge for the grand prix.

How was the GP2 event perceived at the time and what was it like trackside in Qatar? And are there any pointers for what F1 will look like when it arrives?

Following the cancellation of a planned round at a flooded Dubai Autodrome in February 2009, Losail was chosen as a replacement. The event was notable for featuring GP2’s first ever night race, utilising circuit floodlights that had been installed in 2007, and came after the success of F1’s first night-time race in Singapore the previous September.

The Qatar Motor and Motorcycle Federation (QMMF) was looking to establish its credentials as a potential F1 host, at a time when neighbouring country Bahrain was understood to have a contract that negated such a possibility. But, 12-and-a-half years later, it’s now happened.

“Our strategy has to always bring a top quality race to the circuit,” the QMMF president said at the time.

“We have been approached by several organisations to run races here. After long discussions leading up to this weekend, we are indeed lucky and proud to have two good series racing this weekend.” 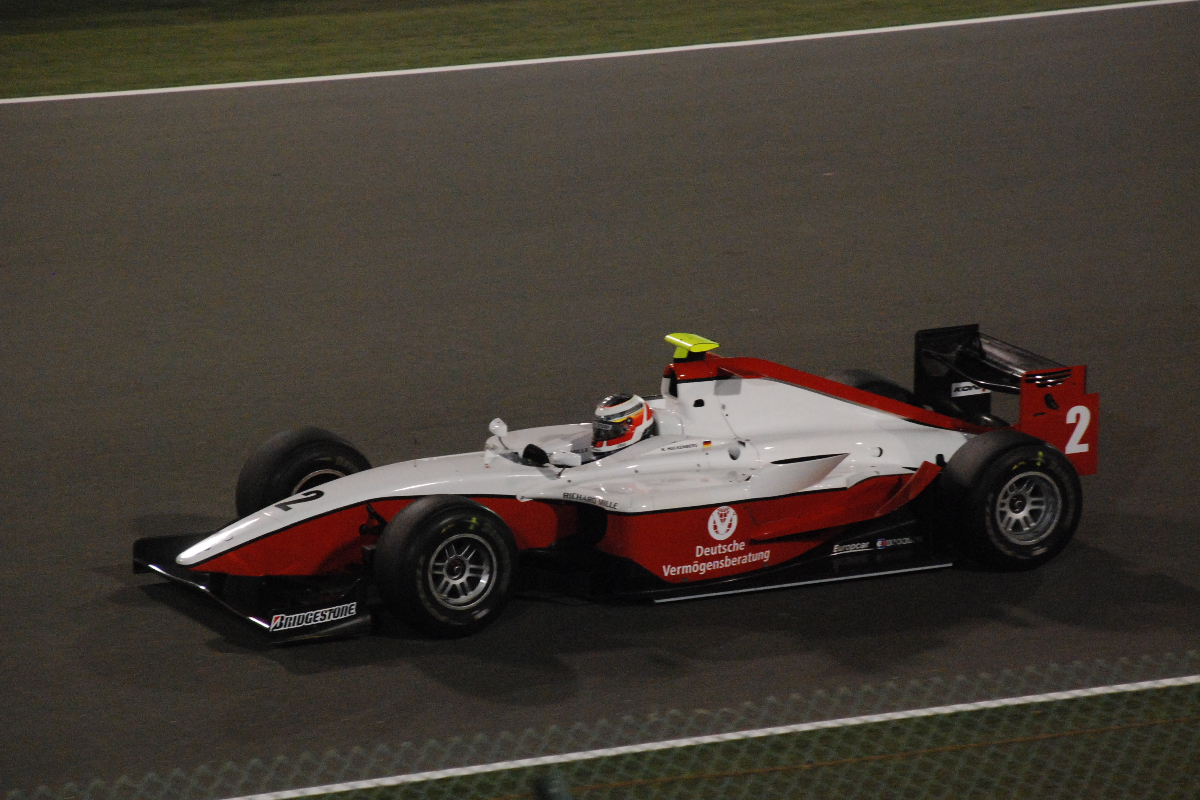 GP2 was supported by stock car series Speedcar, with a stellar grid of names including F1 winners Jean Alesi, Johny Herbert, Jacques Villeneuve and Heinz-Harald Frentzen. The star performer of the weekend though was a driver yet to reach F1.

The German was beaten off the line by Perez at the start of the feature race, before a rather lumbersome safety car was summoned after Hulkenberg’s team-mate Sakon Yamamoto stalled on the grid and was hit at speed by Yelmer Buurman.

To get back ahead once racing resumed, Hulkenberg stayed out for 15 laps longer than Perez on his first set of tyres and was able to rejoin with a sizeable lead. He eventually finished 13.295s in the clear, while others struggled with tyre management on a low-grip track with the same kind of dust and heat issues that racing at Bahrain always throws up.

Super Nova’s Javier Villa had starred in the first half of the feature race from seventh on the grid, executing a series of brave overtakes including passing Hulkenberg for second into turn one. Taking the lead for a lap when Perez stopped, he was unfortunately pinged for speeding in the pit lane, the resulting penalty dropping him to 13th at the finish.

The sprint race was rather short on action once Addax’s Vitaly Petrov and Perez made storming starts from sixth and seventh on the reversed grid to be ahead into turn 1, with Perez going round the outside of Petrov to assume the lead at the same place on the following lap.

Hulkenberg made rapid progress behind them, moving up to fourth at the start and then passing Arden’s Edoardo Mortara for third late in the race. After the field had sorted itself into order on the first two laps, there were few position changes.

In the days before DRS and energy management systems, overtaking was difficult but not impossible around the twisty 16-turn circuit, with the pit straight – coming in at just over a kilometre – providing the only realistic passing opportunity. 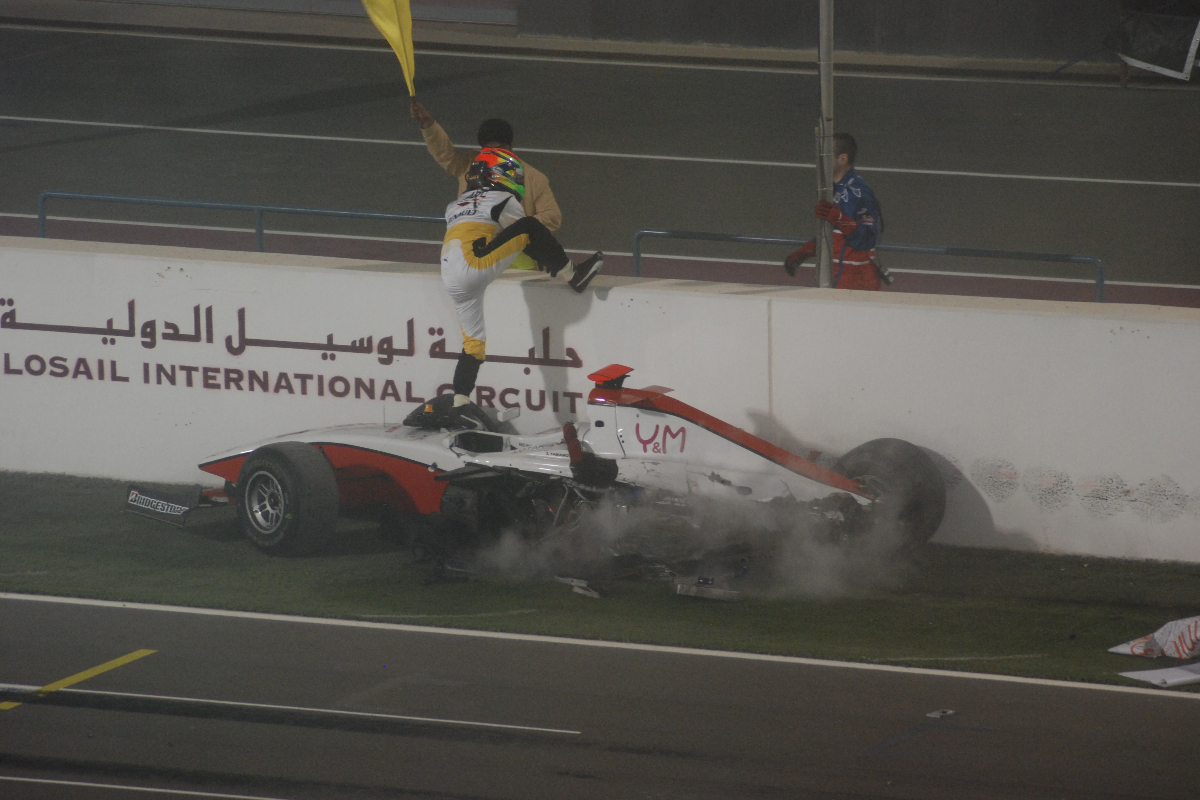 Bahrain and Valencia Ricardo Tormo have similar layouts, but their undulation makes racing far closer than in Qatar.

Not only that, but the amount of sand and dust blown onto Losail’s surface in 2009 was extreme. The cars were throwing up huge clouds of dust whenever they moved off the racing line, creating a lingering haze across the circuit. Bahrain has been hit by the occassional sandstorm since joining the F1 calendar, but as a frequently used venue with dust management systems it has so far avoided the kind of dust build-up that Losail showed.

Drivers complained about tyre graining in the GP2 races, just like at Bahrain, and Hulkenberg’s tyre management was crucial to his success. It’s a lap where the dust causes lateral sliding and sharp rises in surface temperatures, while also featuring heavy braking and an Istanbul Park-style triple apex set of corners that will be hard to take flat in the current generation of F1 machinery if the tyres aren’t in their ideal operating window. Wear could be such a contributing factor that you may even have drivers backing off through the final two corners of the lap just a couple of laps into the Qatar GP.

Spectators in 2009 were treated to an exciting event, although access was limited to the only grandstand located opposite the pits. Somewhat unusually, circuit admission was by invitation from the race sponsor only. Luckily for those who had made the journey along the coast from the country’s capital Doha, there seemed to be enough extra invitations being handed out at the circuit to ensure nobody missed out.

Now that the Qatar GP will be a mainstay of the F1 calendar, the question is when will Formula 2 head there as well?

Further reading
Nico Hulkenberg: Did F1 waste a decade on GP2’s wunderkind?
The strange story of the support series that supported itself