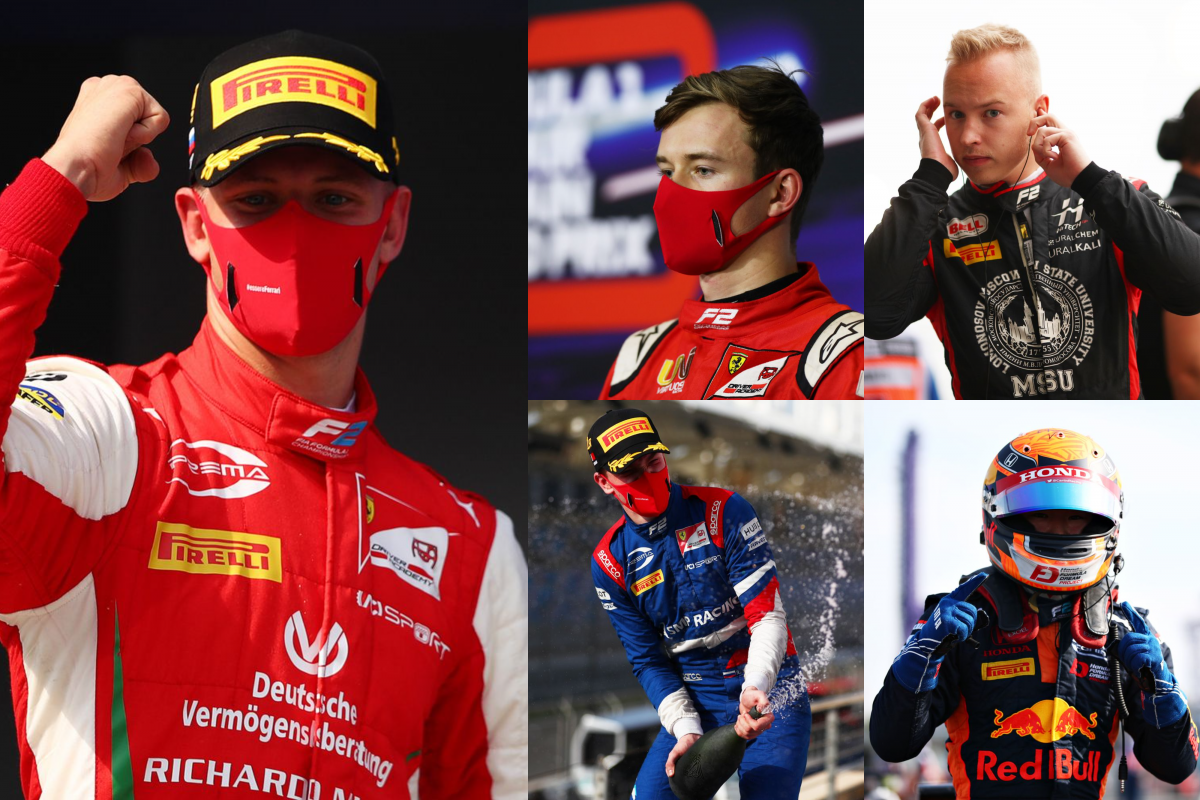 That the Formula 2 title fight remains open to the season finale is not unusual, given how it and predecessor GP2 have had many seasons of close competition – and final-race thrillers – in the past. This year’s championship battle has ebbed and flowed between a number of drivers throughout the 11 rounds run so far, and is set to conclude under lights at what might be the fastest circuit on the calendar.

Bahrain’s Grand Prix layout has played host to several of F2’s most fascinating races due to the circuit surface’s tendency to induce high degradation in tyres, but the circuit’s Outer loop is unknown territory for all involved. Three long straights, a couple of tight corners and a set off Esses-like corners form the 3.543-kilometre layout, which could be ripe for overtaking.

Of the five title contenders, two are already confirmed to be in Formula 1 next year as team-mates, one had already admitted he won’t be in F1, one will make it there dependant on his results this weekend, and the final one is all but confirmed to be staying in his current seat for a second crack at F2.

Some of those are focusing solely on becoming champion, while others have the FIA superlicence in mind when taking risks as several competitors just outside of title contention are within striking range of demoting them down the standings.

The fastest driver statistically has work to do in the points standings, while the driver who needs a perfect weekend just to be in with a continued mathematical chance might have the strongest package. Realistically though, it will be between two very different stars from Ferrari’s junior stable. 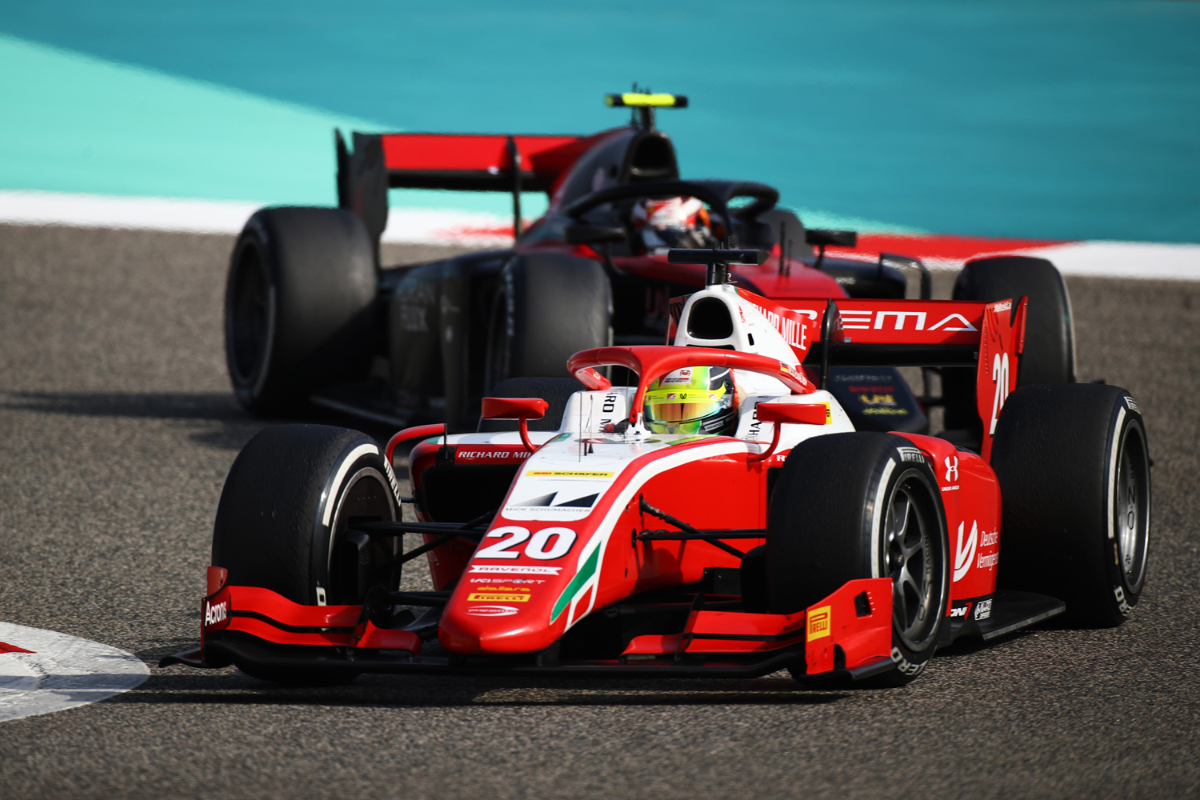 With a couple of stronger weekends and taking out some of the mistakes (although every contender has made their fair share), Schumacher would be a Schu-in for the title this weekend. Terrible jokes aside, the future Haas F1 driver has been fantastic at times this season.

He’s been superb at starts in the vast majority of races and his defensive tactics have been described as on “a different level” to others. He tends to always be there racking up the points – not an easy thing to do in F2. By no stretch has he ever been the fastest – especially in qualifying – but his consistency in a season so frantic has to be admired.

However, there have been times where he has been a little bit too passive in combat – something that might bite him if things don’t go right next weekend. Last weekend’s feature race on Bahrain’s GP layout is a fine example, with a podium lost to limited fighting against Carlin’s Jehan Daruvala. If he misses out by a couple of points, will he look to races where he could have put up a stronger fight to snatch one or two extra positions?

Schumacher usually needs to do the overtaking too as he is yet to qualify on the front row, although the disadvantage of that may be at its least important on Bahrain’s Outer layout. But the last thing that he will want is to be stuck in the midfield as the pack charges through the twists of the middle sector on lap one and be involved in contact.

The Ferrari protege’s F1 future is set irrespective of his performance this weekend, but he will look to go out on a high and with a title too to silence some of his critics. The way he has managed the incredible pressure through his whole career given the buzz about him has been exemplary. If he doesn’t make the top two in qualifying but still becomes champion, then he won’t be alone as fellow Prema driver Oscar Piastri did the same on the way to this year’s FIA Formula 3 title.

Verdict: He would certainly be a worthy champion if he takes it on the basis of his racecraft and ability to just create some seriously strong results from nowhere, but this championship is not wrapped up yet. He’s the favourite, and this writer’s tip for the title, but he probably needs to be more impressive than he was in Bahrain last weekend. 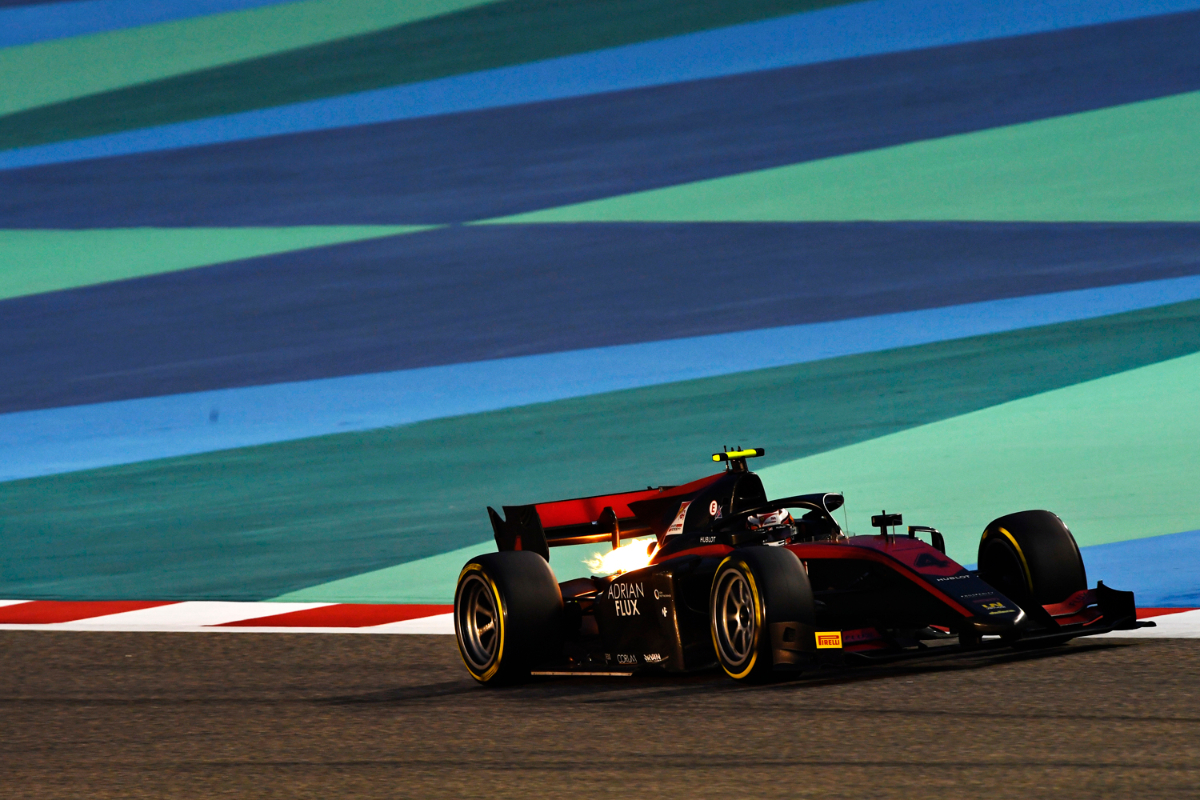 Ilott is the outright qualifying king of 2020 – some of his laps have utterly crushed the opposition. Whatever he and Virtuosi Racing are doing is clearly something where the rest simply have not been quite up to scratch. This has been the sort of season we have come to expect from a driver who has already admitted he won’t be on the grid next year – absolutely electrifying pace, a handful of mistakes, a little bit of misfortune and some magnificent drives.

Clattering into Daruvala in Bahrain last time out put a stop on his chances of punishing Schumacher for his sub-par performances. His first win in the season-opening Red Bull Ring race (a near-eternity ago) – was fortuitous but he let way too many he could have taken slip through his own accord. Stalling from excellent positions at Silverstone and Monza (which he has admitted were mistakes), spinning at Silverstone and losing a front wing at Mugello are just some examples of lost opportunities, points and even wins.

His race pace was unrivalled at the Hungaroring, then after his Silverstone stall he went on a charge through the pack (repeated at Monza) as well as taking a commanding feature race win on the second visit to the circuit. Drives like those pulled off after his mistakes (but with the results to go with) would certainly make an important statement.

By beating Schumacher in qualifying, which has happened far more often than not, Ilott will apply further pressure onto his Ferrari stablemate going into the first race of the title decider. He has all the potential to be the one to control the weekend, but he absolutely needs to deliver – something that he has done far too infrequently this year.

Verdict: Going out on a high with the title will start his audition for a 2022 F1 seat, as a F2 return is already ruled out. I feel Ilott will end the season lamenting the points he dropped earlier in the year rather than celebrating championship success. 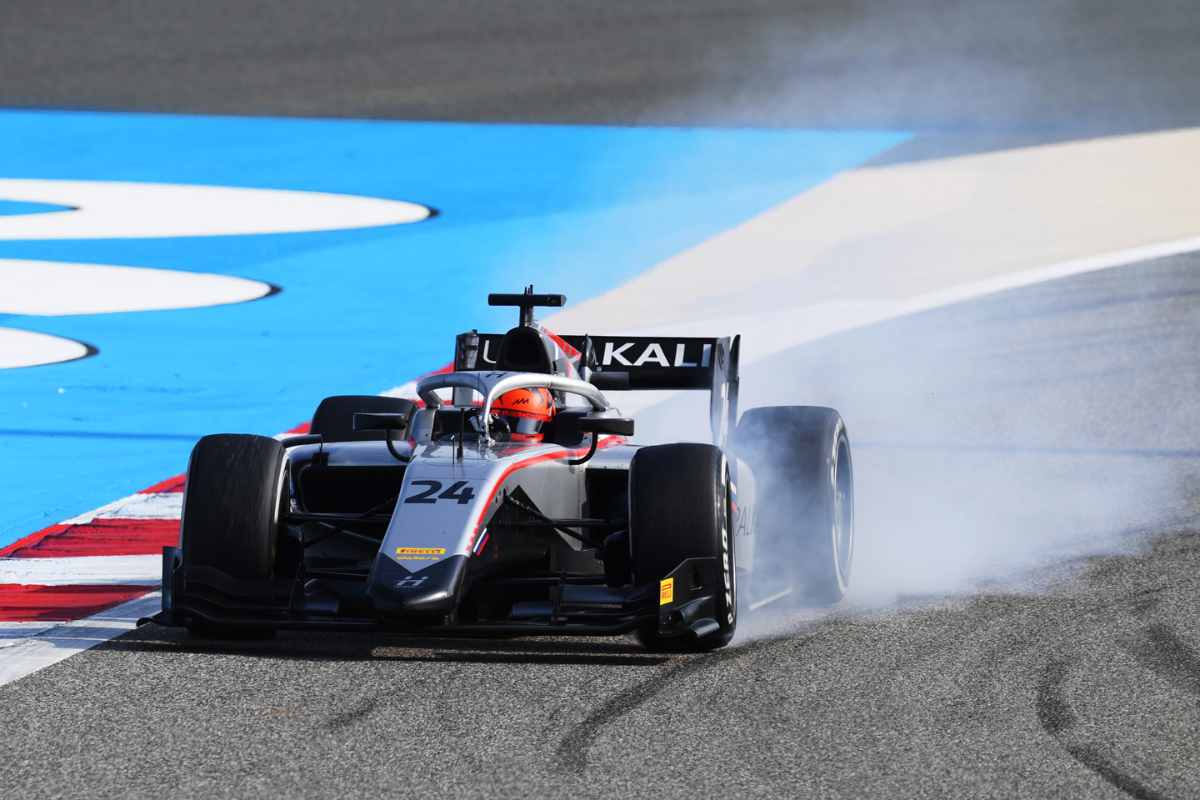 Haas’ other new driver has an outside chance of taking the title this weekend but needs, frankly, a bit of a miracle. With new outfit Hitech GP, Mazepin has impressed many with his performances after a rookie season where he lost confidence.

He has had a few clashes (including with team-mate Luca Ghiotto at Mugello) which were unnecessary and his reaction to losing the win at Spa-Francorchamps drew criticism from many. On the flip side, his pair of wins were brilliant. He’s also had a handful of other strong drives which vindicates Haas taking him in addition to the substantial backing from his father.

Verdict: He probably won’t win the title, but Mazepin will want to go out on a high and with a top-three result in the championship. He’s probably in the best position to secure this. 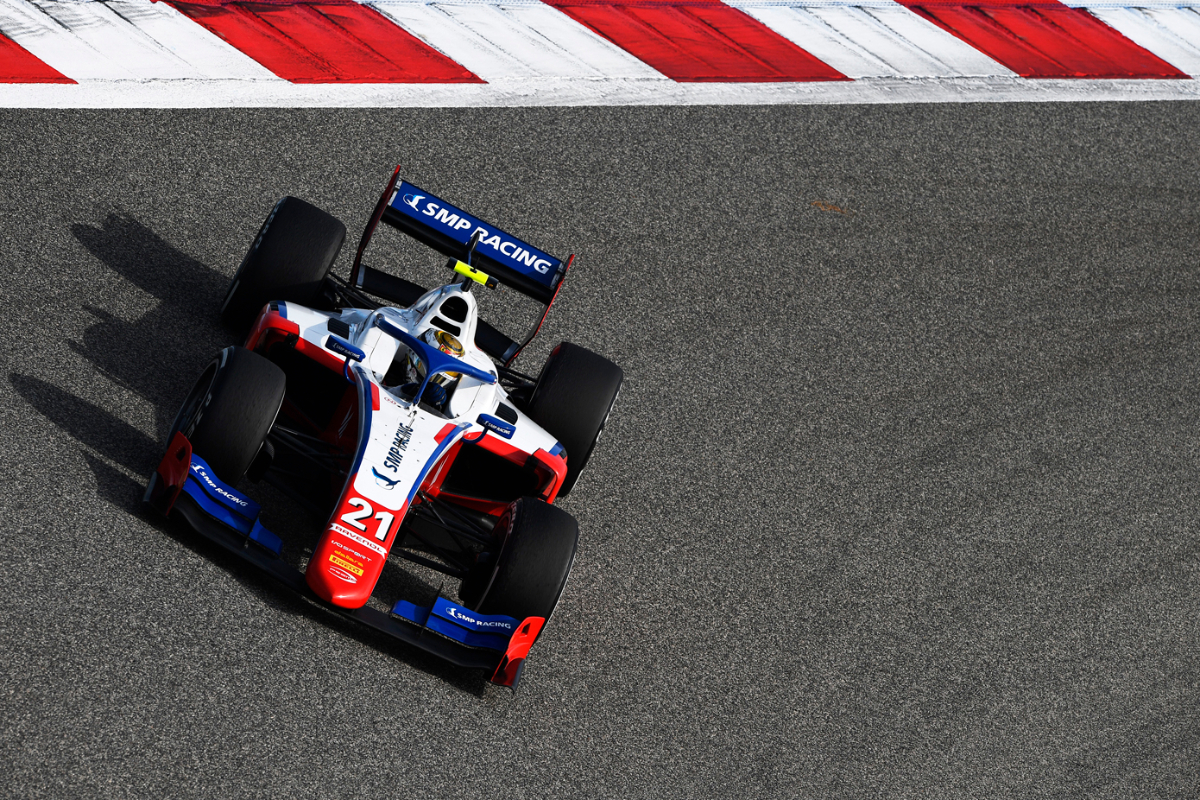 Shwartzman is currently the top rookie and has won more races than anyone else this season. He’s had some rotten luck at times – a mechanical issue at Mugello all but ended his title hopes – but his failure to successfully rebound on home soil in the Sochi feature race a round later after Prema team-mate Schumacher influenced his pitstop also played a critical role.

It is perhaps being overcritical of him, though. After all, he is a rookie. To win more races than anyone with that in mind is an impressive feat, especially with his two memorable feature race wins early in the season, and he’s already being labelled 2021 title favourite as Ferrari move to secure him his Prema seat for a second season.

For this weekend, Ferrari junior Shwartzman should focus on doing a solid job more than anything and creating momentum to carry forward into next year. That, and helping Prema secure the teams’ title for the second time in its five years in F2.

Verdict: Another driver who probably won’t win the title, but Shwartzman can certainly look back on this year with positivity. Taking the role of top rookie would be a fine reward for his efforts. 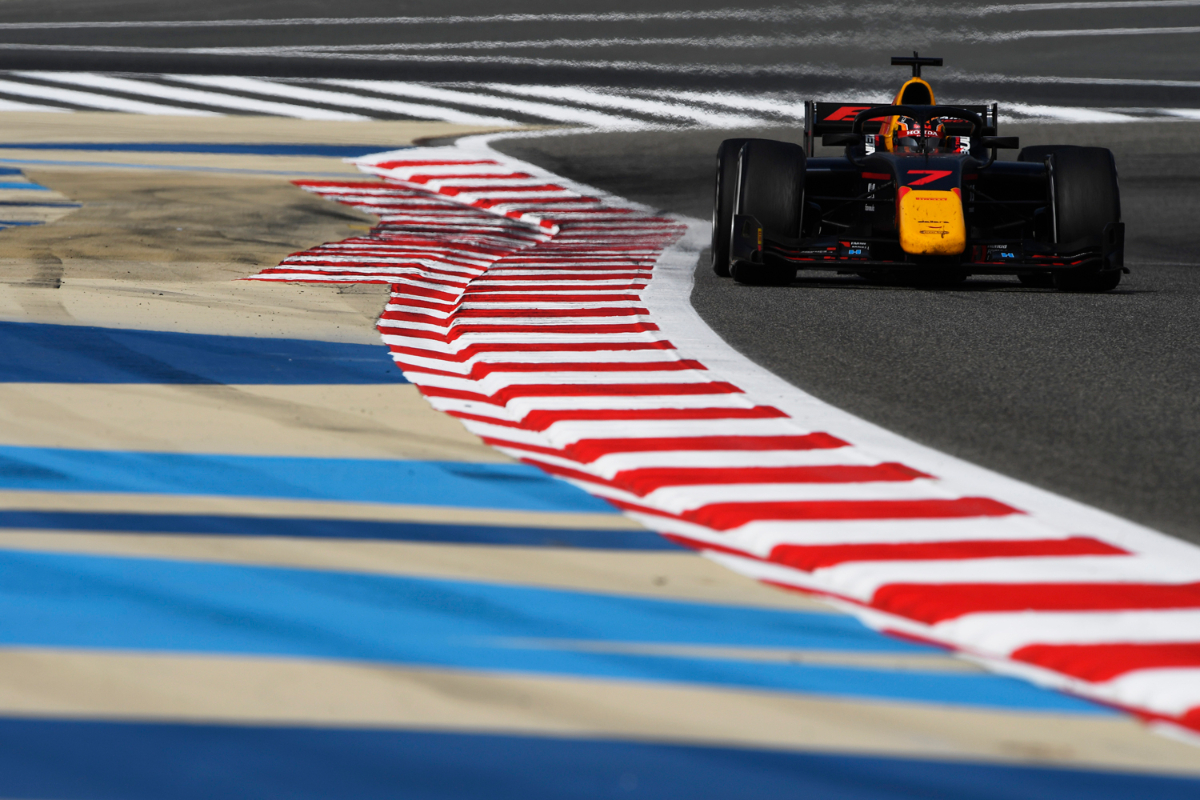 Like Shwartzman, Honda and Red Bull junior Tsunoda needs to take pole just to stay in mathematical contention for the title. He needs the unheard-of perfect weekend and for all his rivals to have absolute nightmares to have a title shot.

But the Carlin driver may well have the strongest package this weekend. The British team was mighty at Bahrain in pre-season testing and, while third and sixth in the feature race being the only points scored doesn’t reflect the pace of the outfit last weekend, that the circuit at least has some similarities to the one before (location, climate, surface, all that stuff) means that Carlin could hit the ground running once again.

Tsunoda’s objective for this weekend will be to maintain his fifth place in the standings, as that will be enough to secure the FIA superlicence he needs to race for AlphaTauri in F1 next year. Anything else will be a bonus.

Verdict: Tsunoda’s had a very strong rookie campaign, and surprisingly so, but I wouldn’t put any money on him taking the title. He will want to take the top rookie title though and can take it from Shwartzman if he performs well.