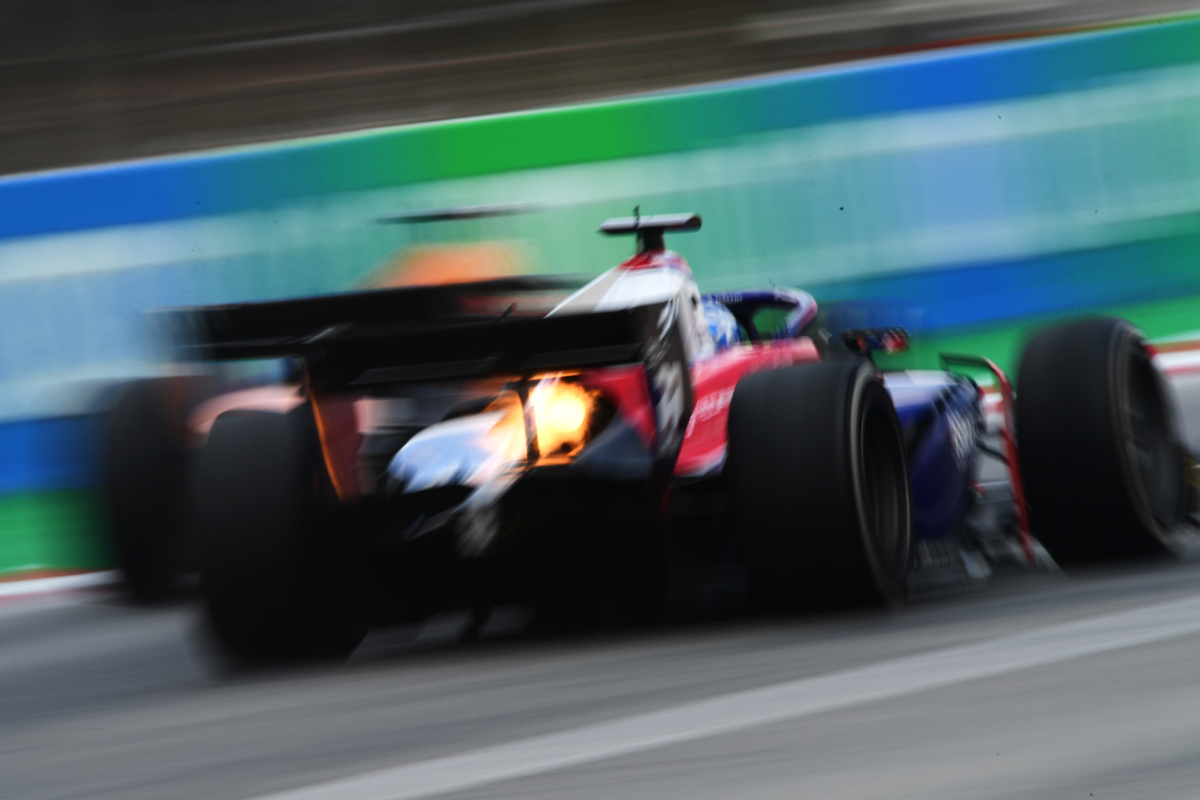 The decision to run Formula 1’s two main support series on different weekends in 2021 has opened a dangerous box that is only going to benefit the richest of drivers. Is it an oversight or a modern trend?

While many would think racing series organise their calendars in isolation, albeit following the tailcoats of bigger series with more negotiating power with circuits, the reality is it’s a collaborative proccess that brings in organising clubs, logistical partners, and even teams far from the series’ own control to ensure everyone gets a fair compromise on the dates they want and on the circuits they would like to race at.

The top-down structure does apply in some capacity, as most Formula 1 races are on long-term deals, but unless bankrolled by governments those are loss-makers for circuits; the biggest events in F1, Australian Supercars, the World Endurance Championship and IndyCar are constantly under stress and usually also under threat of falling off schedules permanently.

Formula E and WEC had a gentleman’s agreement not to run on the same weekends a few years ago as many drivers contested both series, but their difference in interests simply made that impossible in the end.

Junior single-seater series have similar problems where drivers and teams plans to contest full campaigns in two series before they find out a calendar revision has led to a schedule clash, or one series has snatched the date at a circuit that the other was aiming for to fit around the rest of its already-organised rounds.

And so we come to the two series that in some ways have it easier than most. The FIA’s Formula 2 and Formula 3 championships are run by the same organisation and their existence is tied to their status as supports to F1. Nine of F2’s 11 teams also compete in F3, and by running on the same weekends it’s made the logistics of competing in the two series at once much simpler. The responsibility of organising rounds is primarily down to F1 and the individual event promoters, freeing more time for Bruno Michel and his organisation to focus on other areas of F2 and F3’s direction. 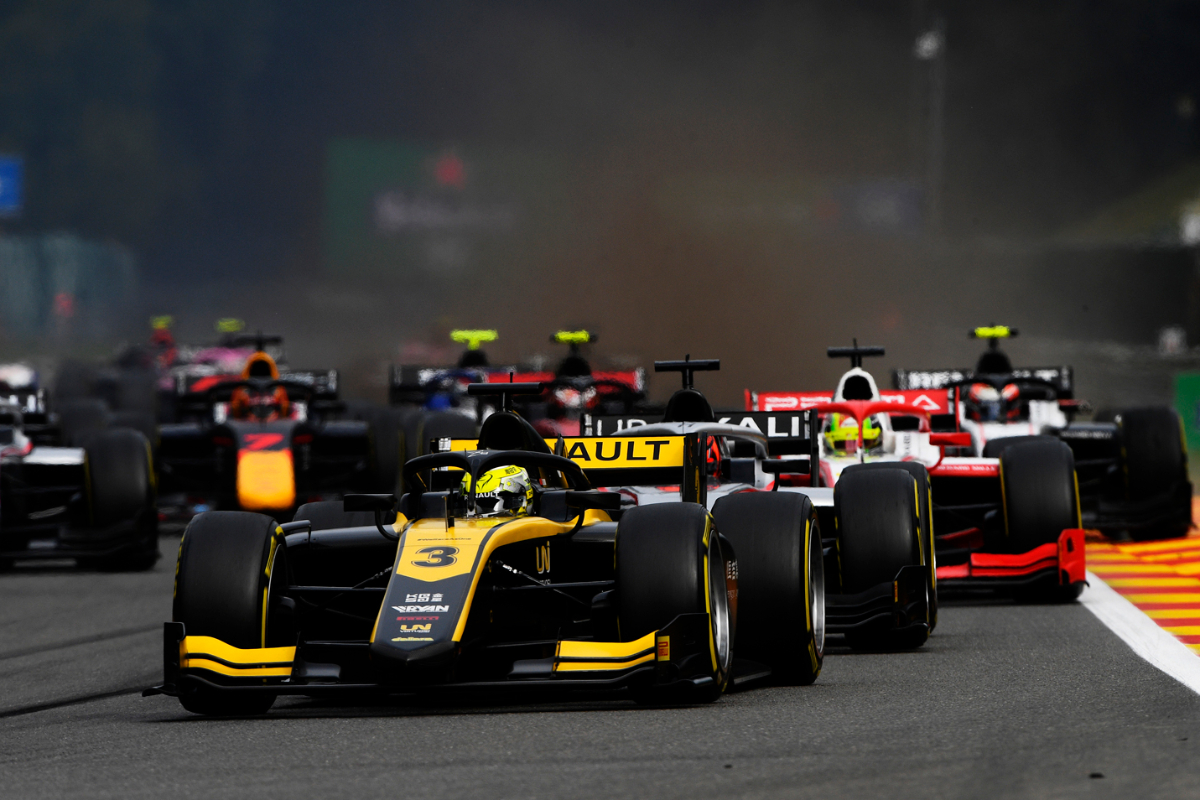 So what is that direction? It’s splitting the calendars for both series heading into 2021, in the name of ‘cost-cutting’.

Now that argument – and its paddock repercussions – is a topic to be explored another day, because in the wake of F2’s season finale at Bahrain an even more worrying issue emerged: drivers are planning to race full-time in F2 and F3 next year.

With F2 and F3 running on separate dates and separate circuits for the entirety of their 2021 schedules, it frees drivers to race in both series. Now this makes a lot of sense for drivers who can afford it; it’s two chances to earn FIA superlicence points in two of the series with the largest points allocations to give.

As of a few months ago, a drivers moving up to F2 have been budgeting for a 12-round season in 2021. Now they’re only looking for the money for an eight-round season, albeit one with weekends consisting of three races rather than two. So adding a cheaper FIA F3 campaign – which is decreasing from nine to seven rounds in 2021 – makes a lot of sense.

Drivers want to go racing, they prepare for doing as much of it as possible, and so 15 full weekends of it is a dream scenario.

It’s also a potential dream scenario for the team that can convince a driver of its merits in both series, because it simplifies the signing of driver, sponsor and even staff contracts. Michel’s cost-saving plan, in wake of the budget-squeezing effects of the coronavirus pandemic, was for teams to only need one set of team personnel rather than two to participate in F2 and F3.

So if a driver has the money to race in both, and does so with the same team, then what’s to stop them from having the same engineer, same number one mechanic, so on and so on? It makes things cheapier and easier for the team involved.

And it would be super interesting to see how well a driver can perform when jumping between cars week-in, week-out. 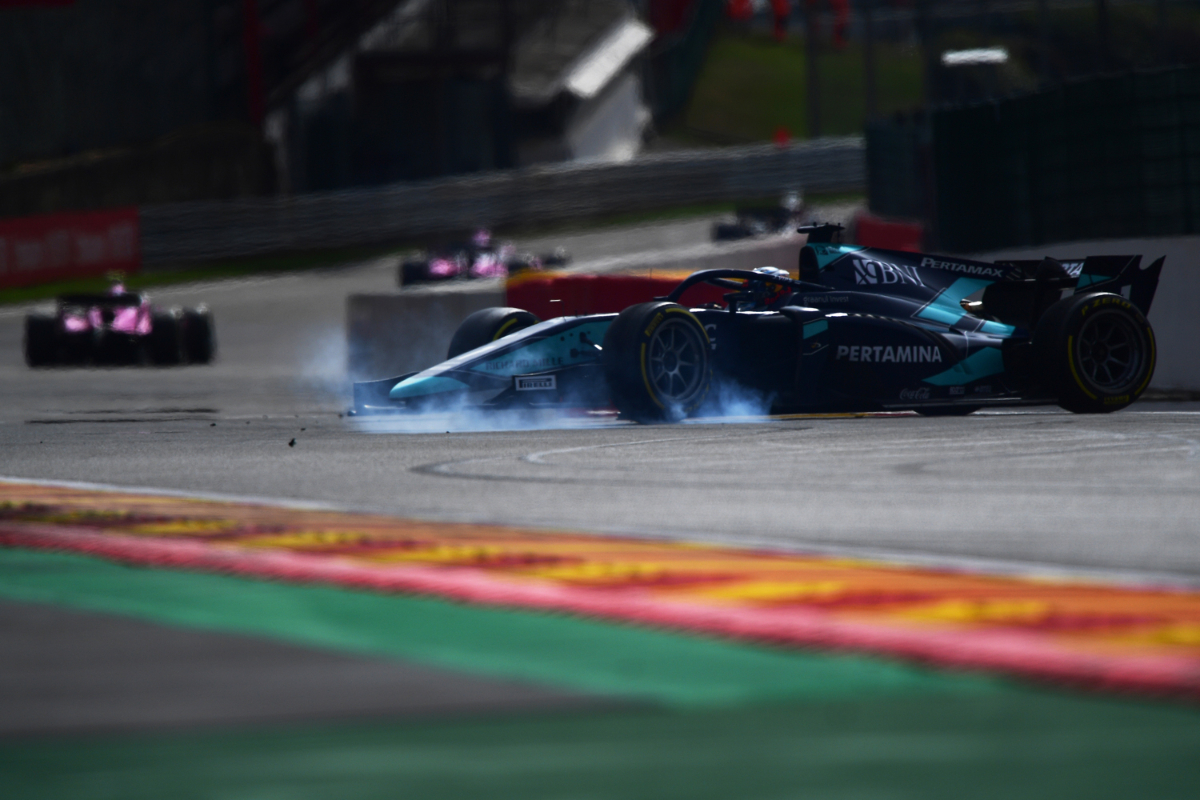 But to the rest of the paddock, this is not a good move. Every team wants money to keep on going, but every team also wants to support as much young talent as possible and having seats blocked out by drivers doing two campaigns goes against that. You can imagine the management behind a young driver keeping in mind when a team opts for a driver who already has a seat in F1’s other support series over their own client, and then not pursuing seats with that team with drivers it looks after in the future.

The counter-argument is F2 needs to fill its grid and this is getting it done, when finding money to race in the world’s most expensive non-professional series is harder than ever. You very rarely see F2 and F3, and their predecessors GP2 and GP3, running without full grids and there’s a very good reason why.

So yes, this is a move that can only benefit the richest of drivers and will massively punish the drivers who really have to scrape together the budget to compete, and it will not be like missing out on a seat with the ‘only teams that can win’ in the lower formulae. Unless you’re a huge believer in the driver-development opportunities and the level of competition within Euroformula and Japan’s Super Formula Lights, there is no other equivalent at the FIA F3 level and above to race in.

If you miss out on a seat at the dominant Motopark in Euroformula or Prema in Formula Regional European Championship, you can always try your luck in the other series. If a driver arrives with the budget, there is always a seat going in either F3-level championship. Fail to join the top team in British Formula 4, and you can instead race in the series’ German, French, Italian or Spanish counterpart. A driver who has already had millions of pounds invested into their career by the time they are ready for F2 will not have that kind of freedom if their first-choice programme doesn’t happen.

And what F2 and F3 have done is only going to repeat itself further down the ladder. Formula Scout was privy to information in the early stages of the organisation of next year’s FREC calendar, and a direction was clear: avoid clashes with FIA F3, and we can convince drivers to compete in our series at the same time. 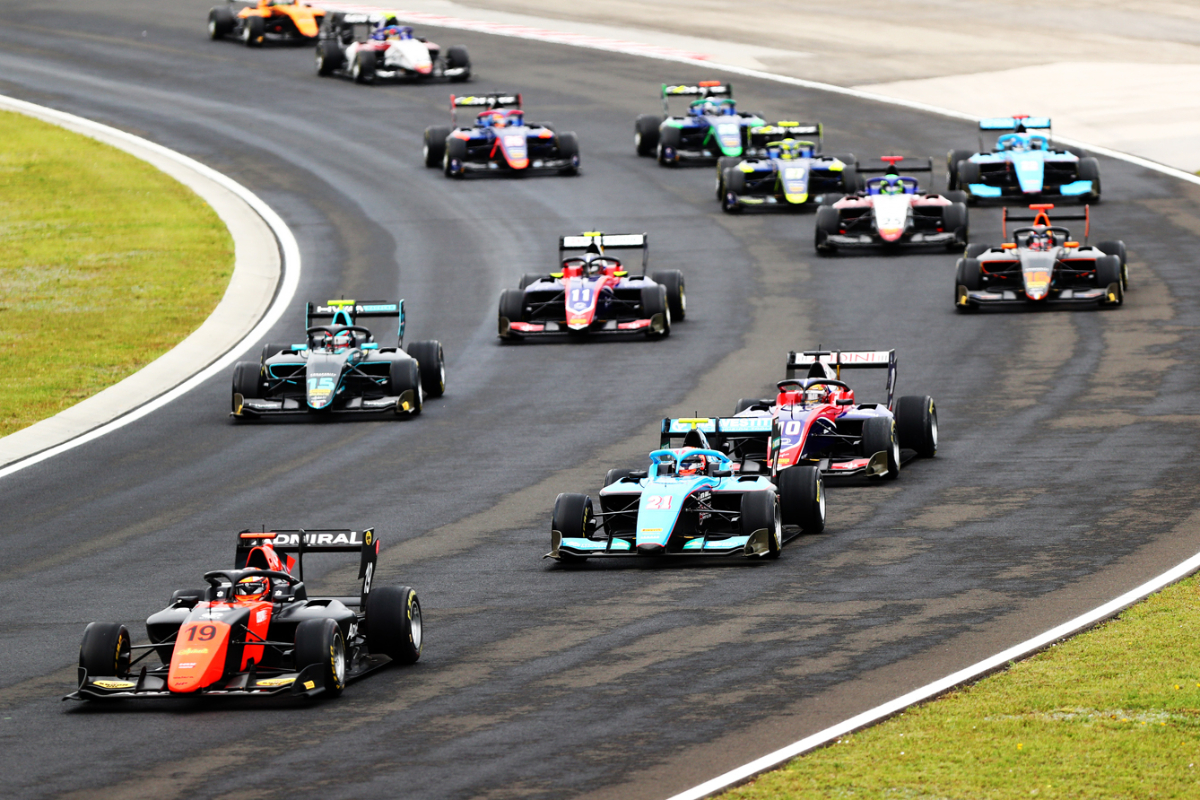 Euroformula was much the same, and no surprise given the success of Lukas Dunner this year, who finished second in the points in a part-time campaign dovetailed with a disappointing first season in FIA F3, and Red Bull juniors Yuki Tsunoda and Liam Lawson in 2019. They raced in both series but prioritised their weekends in the F1 support paddock too, and that’s what Euroformula promoter GT Sport wants to avoid in 2021.

The provisional Euroformula calendar for next year has nine rounds, and the single clash with FIA F3 is the season finale for both. It’s tricky for a driver to negotiate their way out of a contract to skip one round, but it’s been done so many times before that it’s clearly possible and teams don’t often oppose it for too long when they know the seat can be filled with more money.

FIA F3 won’t be the obvious choice to prioritise for that final round either, as a driver would want to drive in the series they’re more likely to get strong results or superlicence points from.

Again, seats are being blocked out. But the problem was already there; this latest development has just highlighted and enabled it further.

FREC’s three-car limit for 2021 expands to four when teams sign a female driver, and Euroformula squads can always run a second team under a different name if they sign too many drivers. Motopark did it this year via CryptoTower Racing Team, and Carlin did it back in the days of FIA European F3 when it had its Ricardo Gelael-supported Jagonya Ayam with Carlin outfit.

In a money-chasing world, you can’t blame the organisers of any of these series any more than the other. It’s down to the FIA World Motor Sport Council, which ratified F2 and F3’s calendars, to scrutinise what had been proposed. 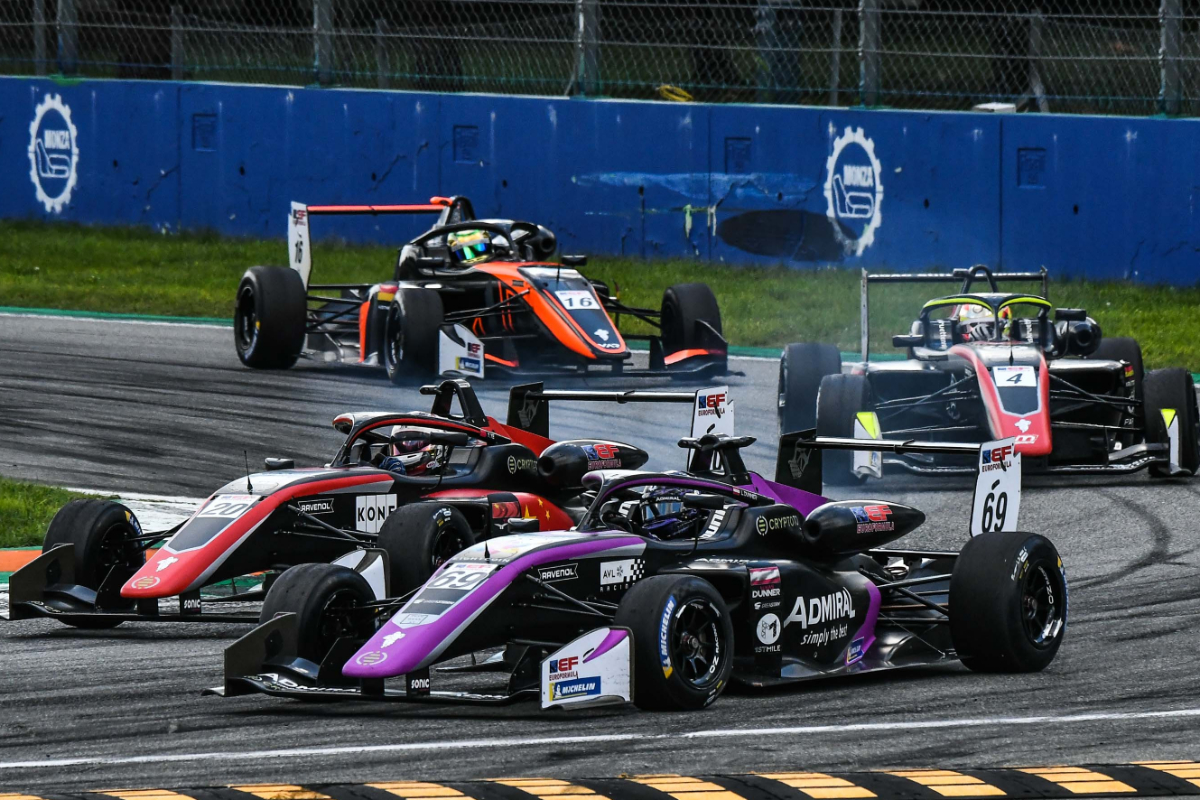 Did it really just fail to see this coming: a scenario where potentially 10% of next year’s F2 grid becomes inaccessible due to drivers splashing the cash on racing in two series at once? And with recent revisions to the superlicence system meaning drivers can actually claim points from two non-overlapping series in a calendar year, it means a driver struggling to get the top results in F2 but with more than enough money to buy their way into F1 could hedge their bets on a series such as Asian F3 in the winter before doing the F2/F3 double to tot up their points tally.

And if the 2021 split calendar remains in the years beyond that, where the financial repercussions of the COVID-19 pandemic will still be felt, could a driver do that for year after year until they hit the 40-point mark needed to race in F1?

For all involved, this is a huge oversight that has probably put some of the most in-demand seats in racing further out of reach.