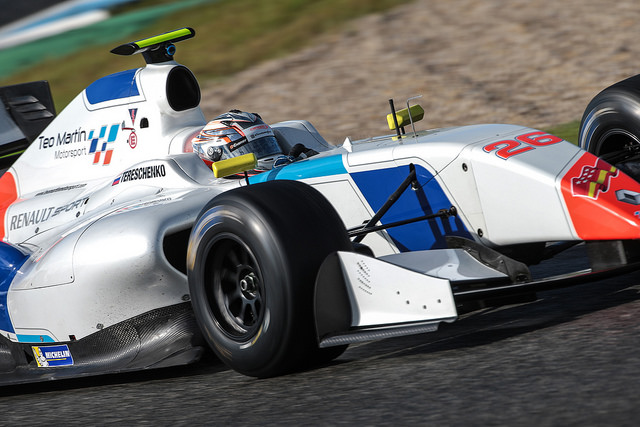 Tereschenko was runner-up in Euroformula Open in 2015, then had a muted full-time step up to GP3 with Campos Racing last year, with his only points finishes coming at the final round in Abu Dhabi.

The 22-year-old,?tested with the Teo Martin Motorsport squad in the FV8 collective test at Jerez in December, is the third Russian to commit to the series for 2017 after SMP-backed duo Egor Orudzhev and Matevos Isaakyan signed with AVF.

“I was impressed with his fast adaptation to our car and he showed us that the potential is there. That’s why we think we can achieve the best results together.”

Tereschenko added: “I’m glad to be in the World Series Formula V8 3.5 and the Teo Martin Motorsport team.

“I have big plans for this season. I understand that this is a difficult championship, there’s a lot of competition, but I aim to fight for top places in each race.”