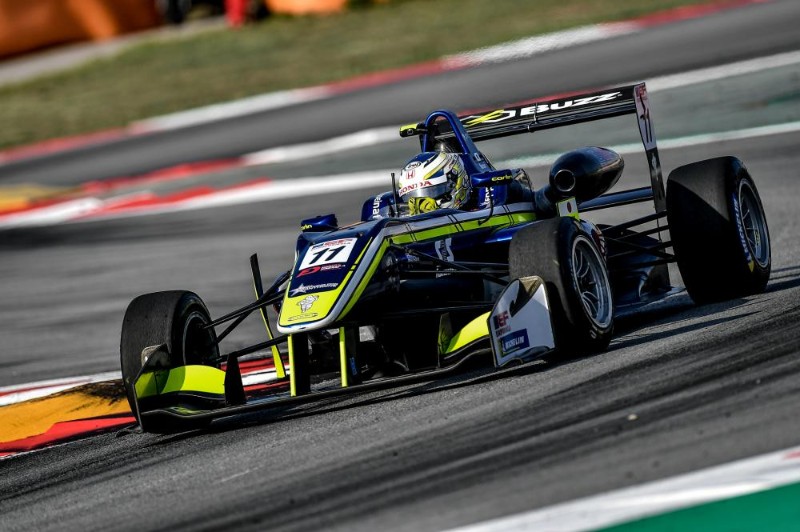 The Japanese teenager, who also races in FIA F3 Championship with the team, replicated his pre-season testing form at the circuit and ended up beating Danish team-mate Nicolai Kjaergaard by 0.021 seconds.

In the final few seconds two of the other Carlin drivers also set quick laps, with Christian Hahn and race one poleman Billy Monger slotting into third and fourth for the team.

Lukas Dunner, in the sole Teo Martin Motorsport car and now pursuing second in the standings, was ninth fastest and several tenths further back.

Despite looking quick in the middle section of the session, Calan Williams ended up qualifying down in 14th in the only Fortec Motorsports car, albeit only 1.281s off the pace.