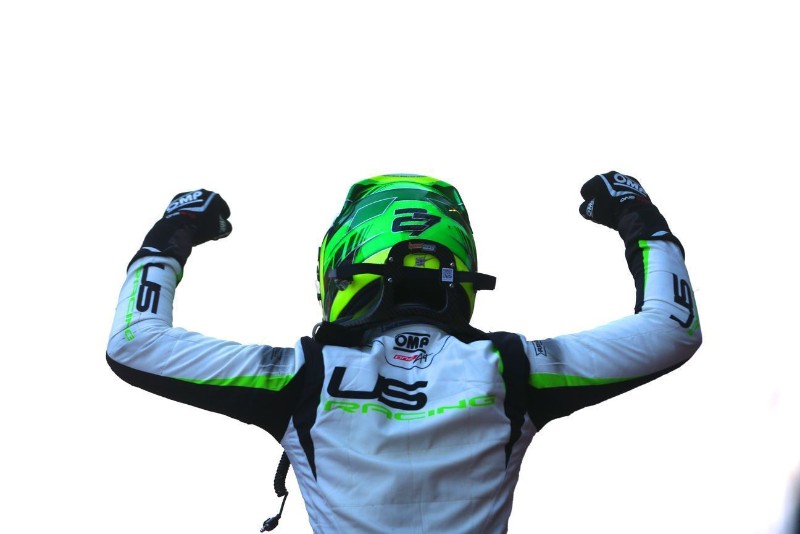 Prema duo Enzo Fittipaldi and Frederik Vesti separated poleman Schumacher and Ticktum on the grid, but Ticktum moved into second around the outside of Turn 1 on the opening lap.

Ticktum pressed hard on Schumacher, and the Van Amersfoort Racing driver tried a repeat of his Turn 1 move on lap seven. Schumacher held the inside line and remained ahead, and Ticktum never attacked again.

Fittipaldi led a line of Prema cars behind, initially not getting close enough to pressure Ticktum but in a rare occurence being able to gap himself from team-mate Vesti.

On lap 13, Ticktum went slightly wide at Turn 3 and this enabled Fittipaldi to get close enough on the next lap to draw alongside down the pit straight. That was the last time any of the top three positions looked likely to change, and they ran in tandem for the rest of the race.

Vesti held fourth until being span by Scuderia DF Corse by Corbetta’s Matteo Nannini at the Turn 15 chicane late in the race, sending him down to 10th. Nannini was then handed a 25-second penalty, which promoted Ticktum’s team-mate Sophia Floersch to fifth.