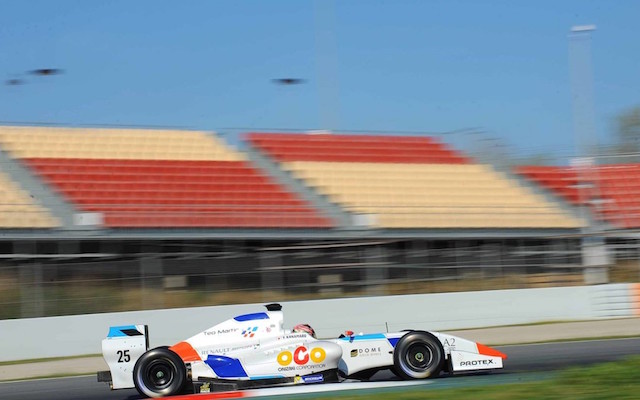 New team Teo Martin Motorsport topped both sessions on the second and final day of the opening Formula V8 3.5 pre-season test at Barcelona.

Japanese driver?Yu Kanamaru set the best time of the test in the morning session with a 1m29.571s.

Matevos Isaakyan – whose confirmed race programme this year is in GP3 – led the afternoon in the second Teo Martin-run car. Both he and Kanamaru topped test days with Pons at the end of last year, before team manager Emilio de Villota switched sides to Teo Martin.