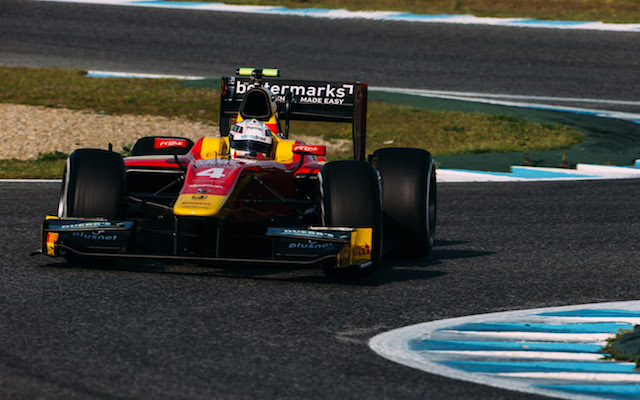 Local team Racing Engineering topped the times for a second straight day in the GP2 pre-season test at Jerez, with Jordan King taking his turn to set the pace.

The same three teams occupied the next three positions, with Pierre Gasly (Prema) fourth ahead of?Norman Nato?- who was fastest on Tuesday for the outfit?from nearby Sanlucar – and?Sergey Sirotkin?(ART).

The morning session was interrupted by three red flags, with?Raffaele Marciello and Sirotkin making contact with the barriers and Ghiotto stopping on track. Marciello triggered another halt in the afternoon when he came to a stop.