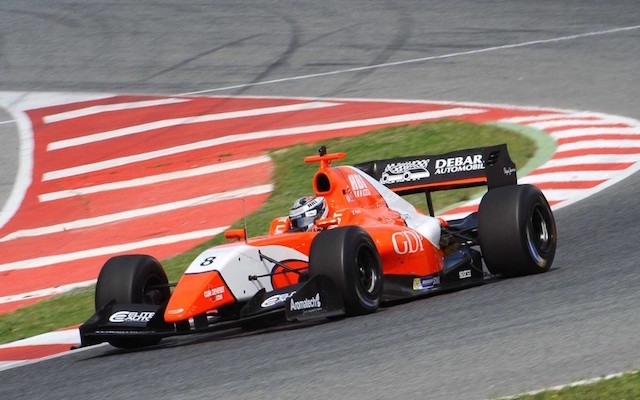 Aurelien Panis?led the way on the first day of official Formula V8 3.5 pre-season testing at Barcelona, topping both of the day’s sessions.

The Frenchman was driving for his new team Arden International for the first time, having switched from Tech 1 over the winter.

He set the day’s best time of 1m30.835s during the morning, but his afternoon mark of 1m31.156s was also better than anyone else could manage.

Another French driver?Tom Dillmann had to settle for second place with AVF after dominating much of the late-2015 running, nearly half a second adrift of Panis in the morning.

Third in the morning was?Emil Bernstorff, the former GP3 frontrunner making his first appearance in the FV8 3.5 car with Strakka Racing.

Bernstorff was eighth in the afternoon and occupied the same position overall courtesy of his morning time.

Alongside Bernstorff at Strakka was?Beitske Visser. The Dutch driver was previously announced as part of a two-car Pons Racing line-up alongside?Alex Bosak, but the Spanish team has now withdrawn from the championship.

Also gone is Tech 1 Racing, with their cars taken over by entry under the Durango name with 50-year-old former Auto GP regular?Giuseppe Cipriani driving one at this test.

In all there were 17 cars in action.?Matevos Isaakyan?is testing with Teo Martin Motorsport alongside signed driver Yu Kanamaru, having been quick in tests with Pons at the end of last year before signing a GP3 deal with Koiranen.

Meanwhile,?Johnny Cecotto joined RP Motorsport alongside the team’s Euroformula Open champion?Vitor Baptista, though the Venezuelan only did eight laps, all in the morning.